Though Brighton are commonly associated with attractive football, their current revival is chiefly due to ‘monster’ goalkeeper Robert Sanchez conceding only twice in six matches.

Sanchez followed up clean sheets against Leeds, Spurs and Liverpool with key saves at Turf Moor to stretch Brighton’s unbeaten run to five. 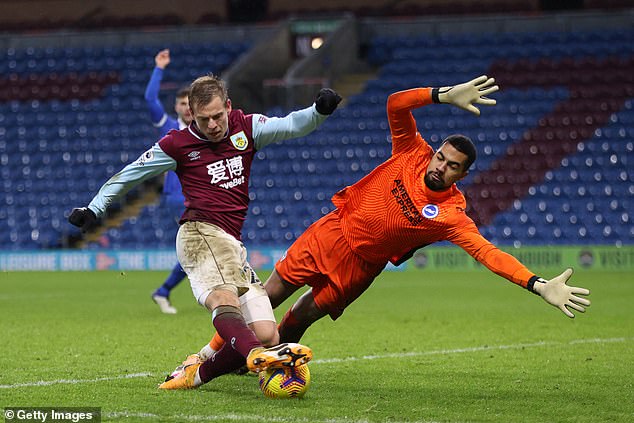 ‘Robert is a monster in terms of his physicality,’ said manager Graham Potter after watching the 23-year-old stop Matej Vydra at point-blank range to deny Burnley the win. ‘He’s not just big but powerful too. He has everything to be a top goalkeeper. He made saves and helped when Burnley challenged us in the box.’

Brighton were only a couple of points clear of relegation last month but have since climbed 10 clear of Fulham.

Skipper Lewis Dunk headed them in front after 36 minutes before Johann Berg Gudmundsson levelled eight minutes after the restart. Potter is also learning that management is about more than what happens on the pitch.

He has backed Aaron Connolly, 21, after he deleted his social media accounts following abuse by fans over a missed chance in the win against Spurs. 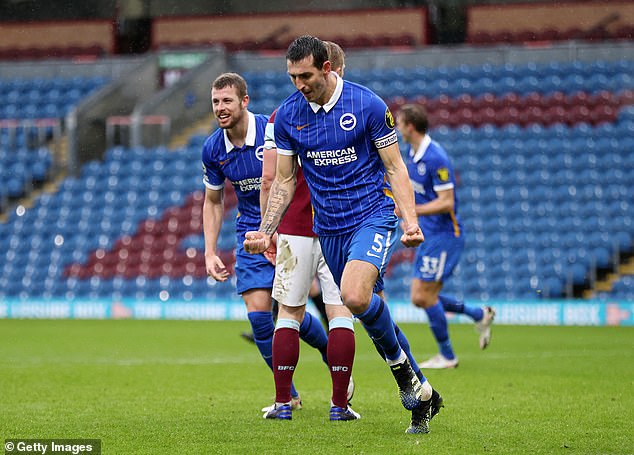 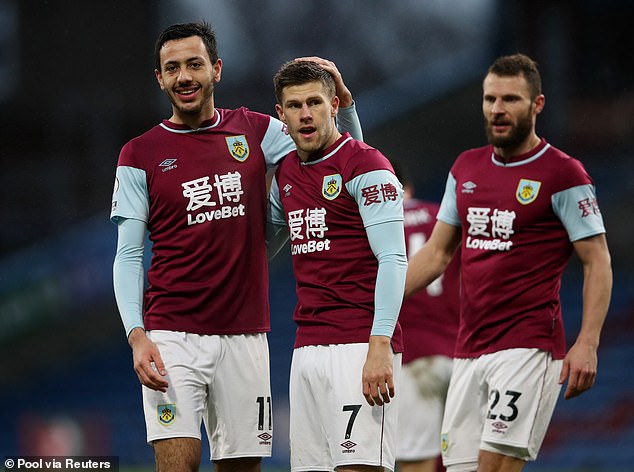 ‘You don’t like to have that type of criticism especially when you are trying to learn and find your feet in the Premier League,’ said Potter.

‘He is a young player from our academy trying to be a centre forward in the hardest league in world football.’

Burnley were impressive in the second half and it was a first goal in 18 months for Gudmundsson, who has suffered with niggly injuries. ‘Being Premier League fit is different to being fit and Johann is getting back to that,’ said manager Sean Dyche.

Both sides have FA Cup fifth round fixtures this week. Burnley host Bournemouth tomorrow while Brighton travel to Leicester on Wednesday.