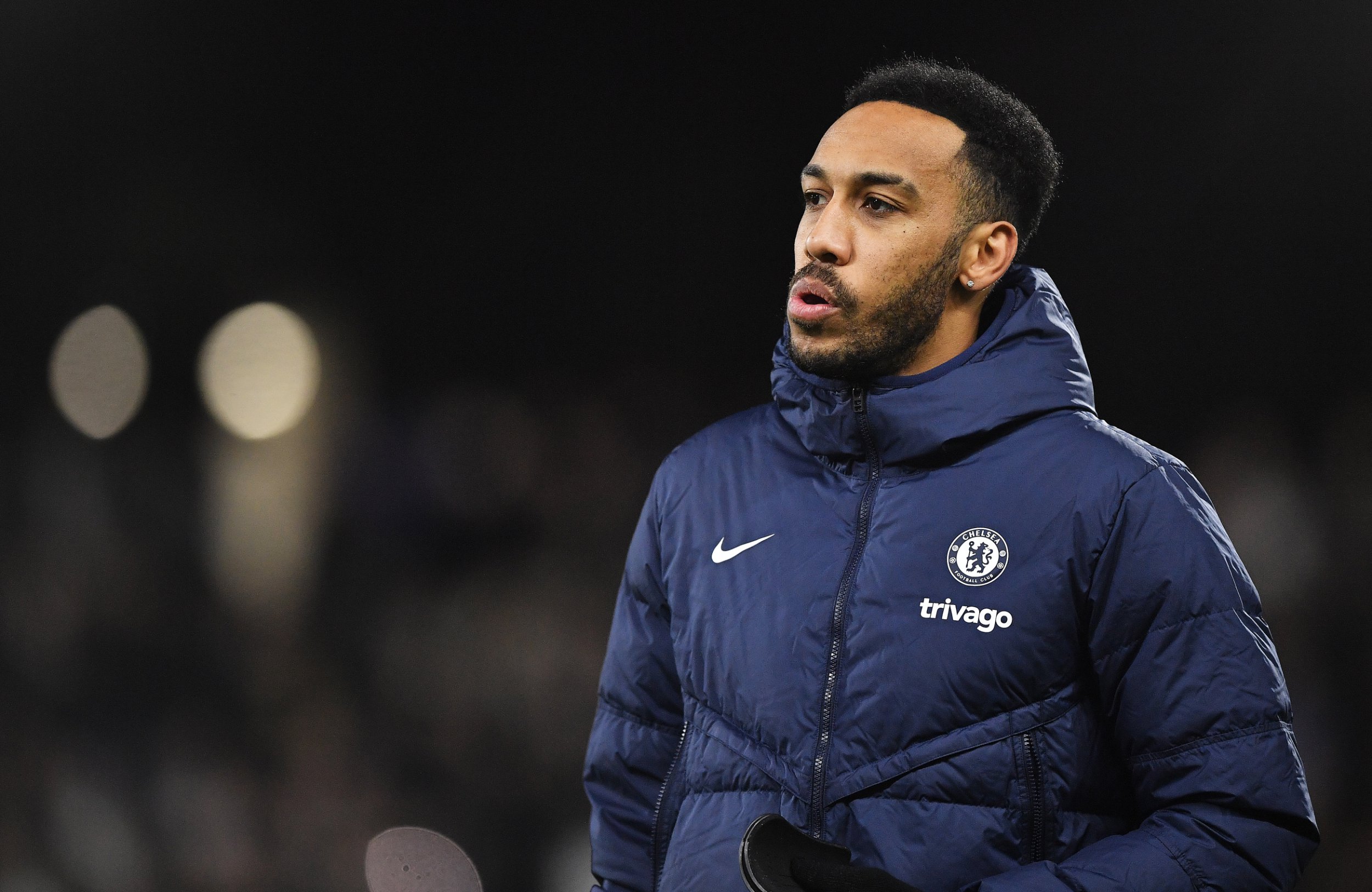 Graham Potter says he was keen to keep Kai Havertz on the pitch rather than bring on Pierre-Emerick Aubameyang during Chelsea’s 2-1 defeat to Fulham on Thursday.

Ex-Chelsea winger Willian put Fulham in front in the first half before Kalidou Koulibaly pulled Potter’s side level shortly after half time.

Chelsea were then reduced to 10 men when debutant Joao Felix was given a straight red card for his reckless challenge on Kenny Tete.

Fulham went on to score the winner as Carlos Vinicius capitalised on indecisiveness from Kepa Arrizabalaga to head home an excellent cross from Andreas Pereira.

Potter opted to make four changes with 11 minutes remaining to help Chelsea push for an equaliser but Aubameyang, who returned to the bench following a back injury, was left as a substitute on the sideline.

When asked why he opted not to bring on Aubameyang, Potter said: ‘We had a back five and felt we should go to a 4-4-1 and keep Kai on because I felt he was leading the line and winning challenges and duels.

‘We wanted to use Hakim [Ziyech] and Carney [Chukwuemeka] to break from wide and Conor [Gallagher] to break from the centre because you know you’re going to get driven back a bit. So that was the thinking.’

However, former Chelsea midfielder Joe Cole believes Potter has given a clear indication that Aubameyang is currently out of favour.

‘I think it was a clear message to Aubameyang,’ Cole told BT Sport.

‘A big game for Graham Potter and Chelsea tonight, he’s looked at his bench, he’s brought four players on and not looked at him.

‘I think that’s a clear message to where he sees Aubameyang in the pecking order.

‘Kai Havertz is going to have to be the one that leads the line for the foreseeable future.

‘The positive is that Joao Felix did show signs he can make things happen in a Chelsea shirt.’