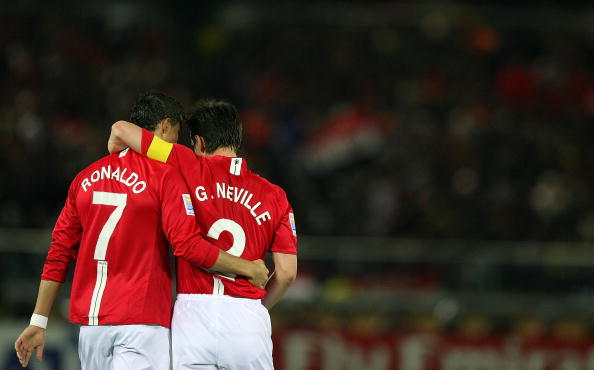 The Red Devils are said to be monitoring the 36-year-old’s situation at Juventus, with Ronaldo reportedly unhappy with the project he’s been sold in Turin.

The Old Lady narrowly qualified for the Champions League on the final day of the Serie A on Sunday when Napoli failed to beat Verona at home.

Nevertheless, Ronaldo is doubtful that Andrea Pirlo’s side can win the title next term and feels they are years away from competing for the Champions League.

That’s seen Ronaldo linked with a sensational return to Old Trafford and Solskjaer has admitted he’s still in contact with his former team-mate, who he consulted over the signing of Bruno Fernandes 18 months ago.

Ronaldo has one year left on his deal in Turin and the Italian giants would be keen to cash in on the veteran.

But Neville believes United would be wrong to sign Ronaldo and should not risk tainting his legacy at the club.

Replying on a Twitter Q&A, Neville was asked if United should re-sign Ronaldo.

Love him but think itâs better to leave the memories where they are https://t.co/hruy5Dy98k

The former Valencia boss replied: ‘Love him but think it’s better to leave the memories where they are’.

United are focused on signing Dortmund winger Jadon Sancho and hold an interest in Spurs forward Harry Kane, who has intimated he wants to leave the club.

Kane would cost upwards of £150m and is therefore not United’s priority but they will rival Manchester City and Chelsea for his signature should Tottenham show a willingness to sell.

Solskjaer would also ideally like to sign a centre-back and a central midfielder, with Real Madrid’s Raphael Varane and West Ham’s Declan Rice considered targets.