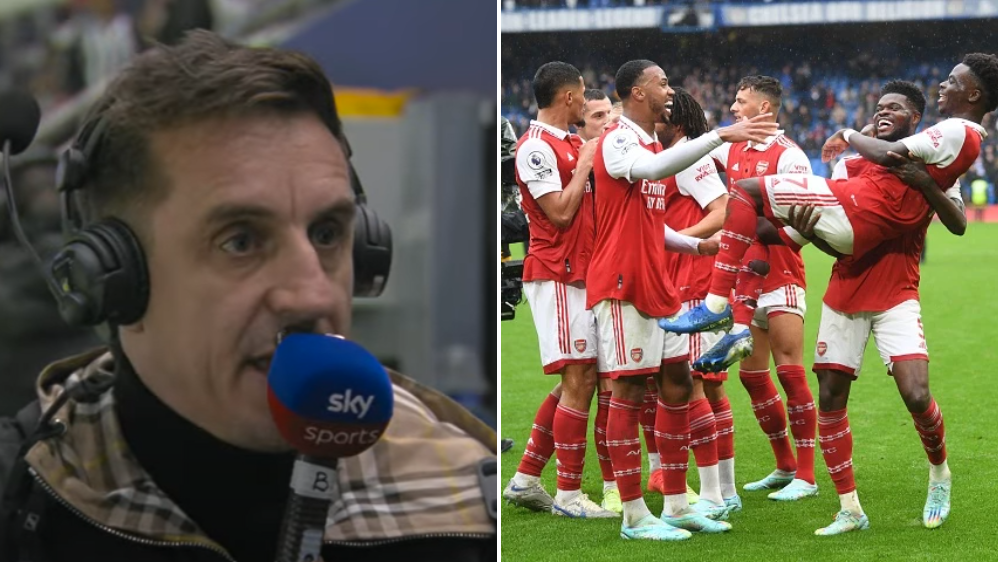 Gary Neville has explained why he still ‘questions’ Premier League leaders Arsenal despite ‘loving’ four members of Mikel Arteta’s squad at the Emirates.

‘We have to question Arsenal,’ he said on the Sky Sports Gary Neville podcast.

‘Arsenal fans come at me every single week, every single week, because I will still continue to question them until I don’t see a moment like I did with five or six games to go last season and they get through those moments and they finish in the top-four.

‘They haven’t proven it yet. It’s like a boxer who hasn’t won a title. You have to question them. But what you can’t question is that was a really, really good performance.

‘It’s still very early in the season and we’ve got this unique break for the World Cup, we don’t know how players are going to react to that. There has to be questions because we don’t know what will happen after that but Arsenal have been fantastic in this first part of the season.

‘But I want to see it over 38 games and we’ve seen recently they’ve found it tough in the last part of the season. That is not being overly negative. It’s just saying let’s see what happens in 20 games time.

‘But I do think they’re bang on to finish in the top-four. I think they’ll fall behind Man City by some distance but that would be no shame. If they finish second that would be a magnificent achievement for Mikel Arteta.

‘I’m getting more confident that it’s going to happen but I don’t think we’re wrong to continue to question because they haven’t proved it yet.’