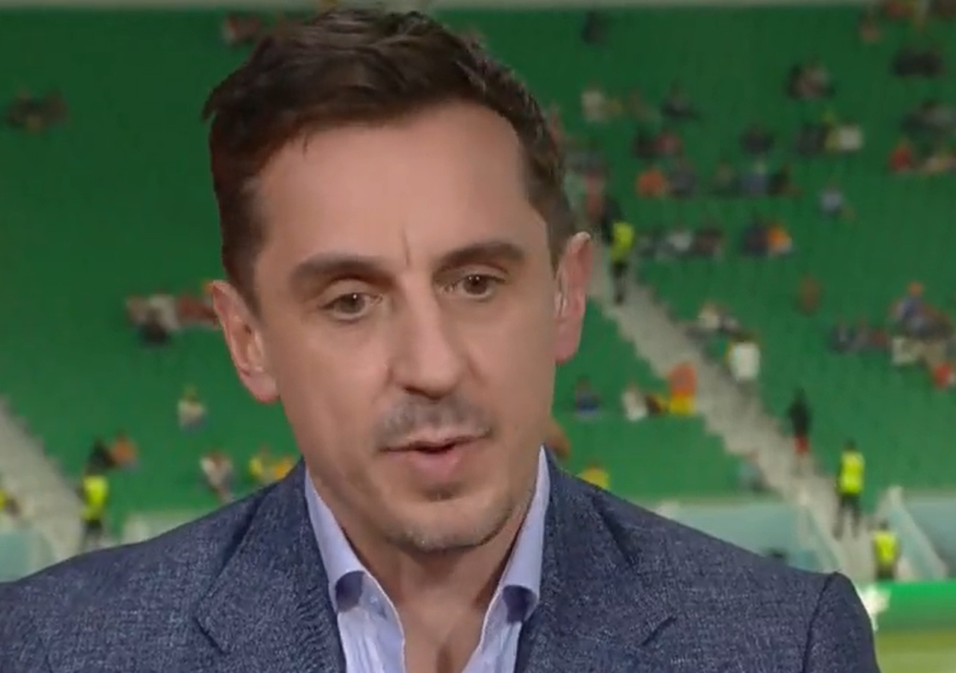 Gary Neville has aimed a thinly-veiled dig at King Charles in defence of his presence at the Qatar World Cup.

The former Manchester United and England defender, an increasingly outspoken political voice and supporter of human rights, has been branded a hypocrite for agreeing a lucrative deal to appear as pundit for Qatar-owned broadcaster beIN Sport during the tournament.

Neville was mocked during an appearance as the guest presenter of Have I Got News For You earlier this month but insisted he would use his platform to shine a light on the human rights allegations that have dogged the under-fire World Cup hosts.

The 47-year-old has staunchly maintained, however, that Qatar and the Arabic world deserves its chance to stage the biggest sporting show on earth.

Neville went further last night when, appearing as an analyst for ITV, he cited the hypocrisy of the Royal Family following Prince William’s decision to boycott the tournament amid reports earlier this year that his father accepted a donation from a Qatari politician.

‘If Prince William doesn’t want to come to this tournament but he’s okay with his father taking charitable donations, that’s fine,’ he said.

‘If the political MPs don’t want to come over but are happy to take money from them in our country for their political parties that’s fine with me, but I always see it as footballers and ex-footballers coming under criticism.’