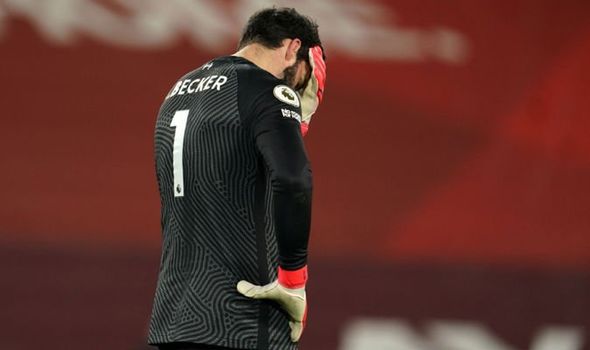 Gary Lineker has weighed in on Liverpool star Alisson after the goalkeeper gave away two goals during his side’s loss to Manchester City. The Brazilian had a nightmare evening at Anfield and cost his side a share of the points.

Ilkay Gundogen blazed an early penalty over the crossbar but he bounced back by opening the scoring four minutes into the second half.

Mohamed Salah levelled from the spot just after the hour mark after he was bundled over in the box.

However, catastrophe then struck for Alisson as his howler gifted the visitors the lead.

The 28-year-old twice gave possession away at the edge of his own box and Phil Foden set up Gundogen for a tap in.

Just three minutes later the keeper played it straight to the feet of Bernardo Silva and he squared the ball for Raheem Sterling to convert. 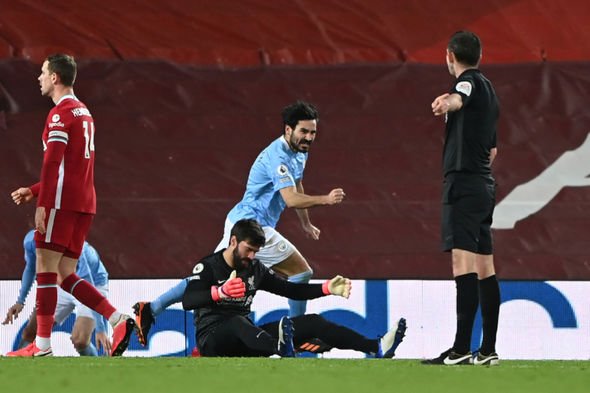 Alisson looked distraught and Match of the Day pundit Lineker tweeted: “Alisson is in wonder land.”

Foden added the icing on the cake with a stunning fourth seven minutes from time.