Gary Lineker and Alan Shearer have both stepped up to the spot in major tournaments for England, and the pair shared their experiences of taking shoot-out spot-kicks for their country on the biggest stage.

“I don’t like extra-time. I find mostly the players are too tired to produce great football,” Lineker explained.

“You get the occasional exciting one, but very rarely.

“We’ve done an hour and a half. Then doing another half an hour?  Not that many games are decided in extra-time, anyway.” 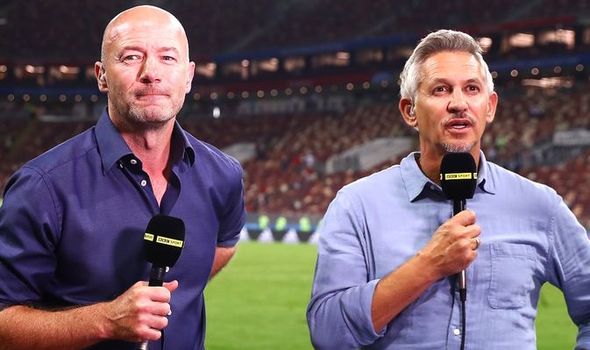 Lineker also revealed what went through his mind as he stepped up to take his penalty for England against Germany in their epic clash in the semi-finals of Italia 90.

“I know it’s bizarre, but I actually quite enjoyed the experience.

“Because, if you think about it, it’s a chance, it’s almost like showing off your bottle.

“How many people can ever be in that situation and, yes you can crumble and stuff, and it is obviously tense.

Lineker scored from the spot on three different occasions during Italia 90.

He scored two penalties to help England squeak past Cameroon in the quarter-finals, then hit the net for the Three Lions against Germany after their epic encounter went all the way to penalties.

That unforgettable shoot-out saw Stuart Pearce’s penalty saved by Bodo Ilgner before Chris Waddle blazed his effort over the bar to send Germany into the final.

And the former England number 10 said that, even for seasoned penalty takers, stepping up in a shoot-out is a completely different experience.

“It is the walk that makes it different than any other aspect of the game, because that doesn’t happen, does it, at any point whatsoever.

“Not even a normal penalty – you just put it on the spot. But you’re at the halfway line. 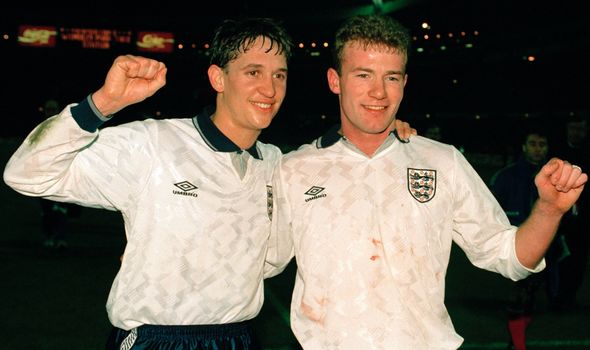 “In my head I remember distinctly what I did in that shootout (in Italia 90), because I kinda thought about it before the tournament. I was penalty taker anyway, so I knew I’d take one.

“That’s the key, I think,” said fellow England legend Shearer, who scored from the spot against the Netherlands, then netted twice in shoot-outs against Spain and Germany in the quarter- and semi-finals, respectively.

“Sticking to that routine, because there’s so many other things going on in the stadium, and you’re under huge pressure.

“Being in that position and just thinking, ‘I’ve got to do what I’ve always done here.’

“Whenever anyone’s asked me about penalties, if you’re not sure, I would always just say, ‘Put it down, pick your spot and hit it as hard as you can.’

Lineker agreed, saying every player carries the same pressure as they make the long walk from the centre circle to the penalty spot.

“You know you should score,” he said.

“Everyone expects you to score.

“And if you don’t score, it’s like the end of the world.”