Gareth Southgate might be thanking his lucky stars that he went ahead and picked four right-backs ahead of Euro 2020. It comes after serious doubts emerged over whether Trent Alexander-Arnold would be fit enough to make the tournament.

England still have options to replace Alexander-Arnold should he miss the Euros this summer.

The Liverpool star was a contentious choice for Southgate prior to selection but was named in the 26-man squad.

However, that might be made redundant now with serious doubts over the 22-year-old.

Alexander-Arnold was forced off through injury against Austria with the European Championship just days away.

So who could replace the right-back in the starting line-up? 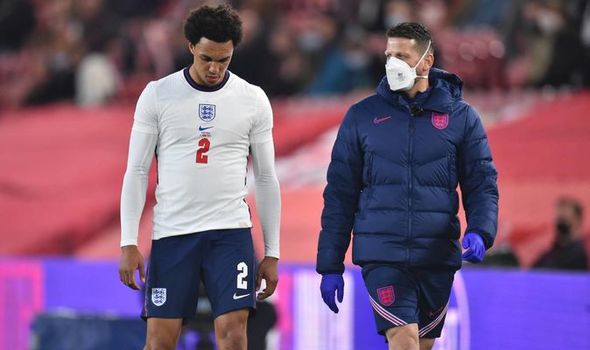 With Southgate keen on implementing a three-at-the-back system that utilises wing-backs, James would be the ideal replacement.

The 21-year-old has shone in the role under Thomas Tuchel at Chelsea, landing the Champions League along the way.

It has been an astronomical rise to stardom for the Redbridge-born ace, who is adapt at both attacking and defending.

James can also play in midfield and at centre-back and a key asset Southgate appreciates is adaptability.

Perhaps the most likely to fill the void at right-back is Walker due to his vast experience and excellent athleticism.

Walker has won trophies on top of trophies with Manchester City and has the winning mentality needed to get England further in the tournament.

However, Southgate has usually deployed the 31-year-old as a centre-back in a three – providing some much-needed pace alongside Harry Maguire and John Stones.

Pep Guardiola has got some of the best football out of the former Tottenham man, though, when he has operated on the right flank. 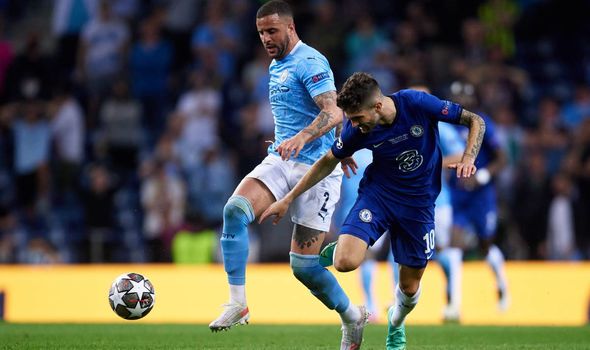 Trippier has had a brilliant season with Atletico Madrid, helping them win La Liga for the first time since 2014.

In the process, the Bury-born star has won over the Spanish press and earned huge plaudits while improving his overall game.

The 30-year-old has been linked with a move to Manchester United this summer and Southgate is a huge fan of the right-back.

During the 2018 World Cup, Trippier was England’s main man in the position and could be given the reins once more.

One man that has gone criminally under the radar for England is Wan-Bissaka – who has drastically improved this season.

Not only are his defensive capabilities unquestionable, the United star has become a force going forward.

What might go against him is his lack of versatility, playing solely as a right-back in Ole Gunnar Solskjaer’s more traditional set-up.

Southgate has frequently mentioned the fact he prefers his players to have mastered multiple positions.