Gareth Bale opened his Major League Soccer goals account when he struck from the bench in his second appearance for new club Los Angeles FC.

The 33-year-old Wales international, who joined LAFC last month following the end of his nine-year stay at Real Madrid, found the back of the net for the first time in a 2-0 win over Sporting Kansas City on Saturday evening.

Bale secured the points seven minutes from time after Cristian Arango had opened the scoring for the visitors at Children’s Mercy Park. 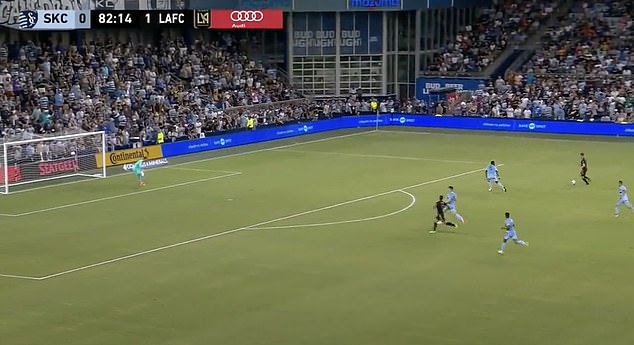 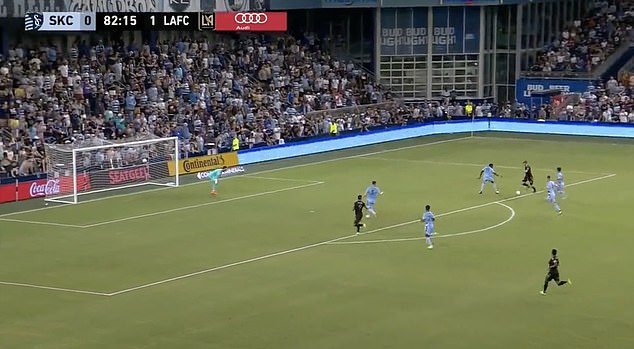 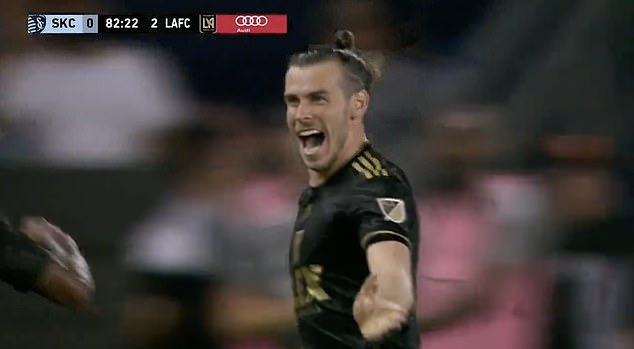 As the ball hit the net, the 33-year-old ran away in celebration alongside his new team-mates

He told the club’s official website: ‘The most important thing was we won the game, first and foremost. We all knew the first half maybe wasn’t good enough, but the manager had another great team talk and got us going.

Bale’s maiden strike came in trademark fashion as he cut inside from the right before firing home left-footed after being introduced with 25 minutes remaining.

He made his debut for the club, who currently sit at the top of the MLS Western Conference, in a 2-1 win at Nashville last weekend. 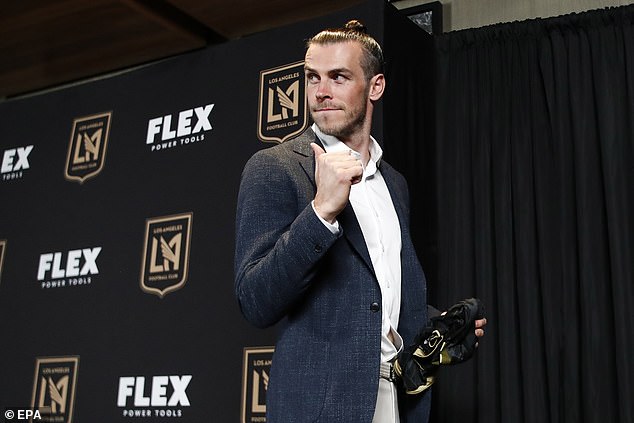 Asked how he was settling in, he said: ‘The transition has been just kind of normal and what I expected. It’s going to take some time – I would be in pre-season now in Europe, so I’m getting my fitness back up quickly.

‘The club is doing an amazing job to kind of progress me and not pushing me too quick, so I’m starting to feel better and better each day as training goes on and I was glad to contribute tonight.

‘I’m enjoying it here. Everybody at the club has made me feel very welcome very quickly and I feel very settled straight away, and I think any player will tell you if they feel happy and settled, they start to play their best football.’