Frenkie de Jong has defended his under-pressure Barcelona manager Ronald Koeman and insisted he hopes Koeman stays, despite speculation to the contrary.

The Spanish giants finished seven points off the pace in LaLiga as Atletico Madrid won the title, and were knocked out of the Champions League in the round of 16 following an embarrassing 4-1 home defeat against Paris Saint-Germain.

Despite the club’s unsuccessful season, Netherlands international de Jong told Nu.nl that his compatriot Koeman is a good coach and revealed he ‘hopes’ that the Blaugrana boss stays at the club. 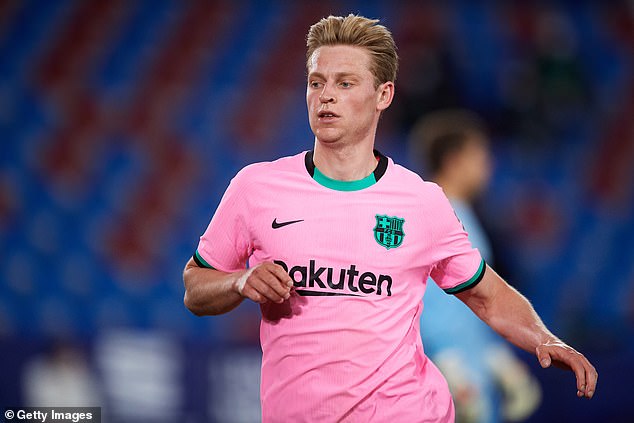 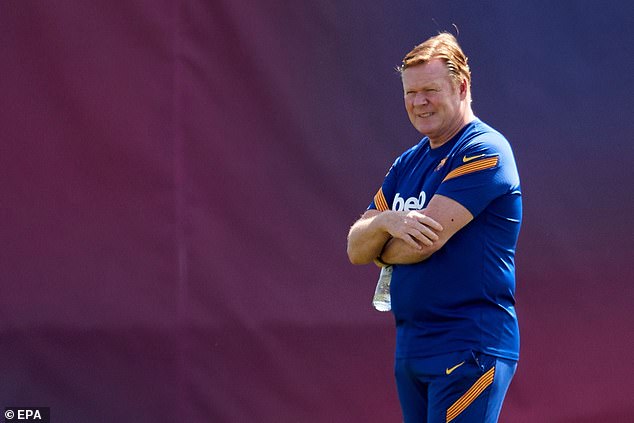 He said: ‘A lot is being written now. I haven’t had any contact with people from the club now, nor with Koeman, so I don’t know what’s going on. What I hear, you hear too. I’ll wait.

‘I don’t know if that’s true (that Koeman will leave). I can’t judge that. All I can say is that I have a good relationship with Koeman. For me he is a good coach. So I hope he stays.

‘Barcelona is, of course, one of the biggest clubs in the world. If you don’t become champions, there’s always nagging. So in that sense it doesn’t surprise me (that there is speculation).’ 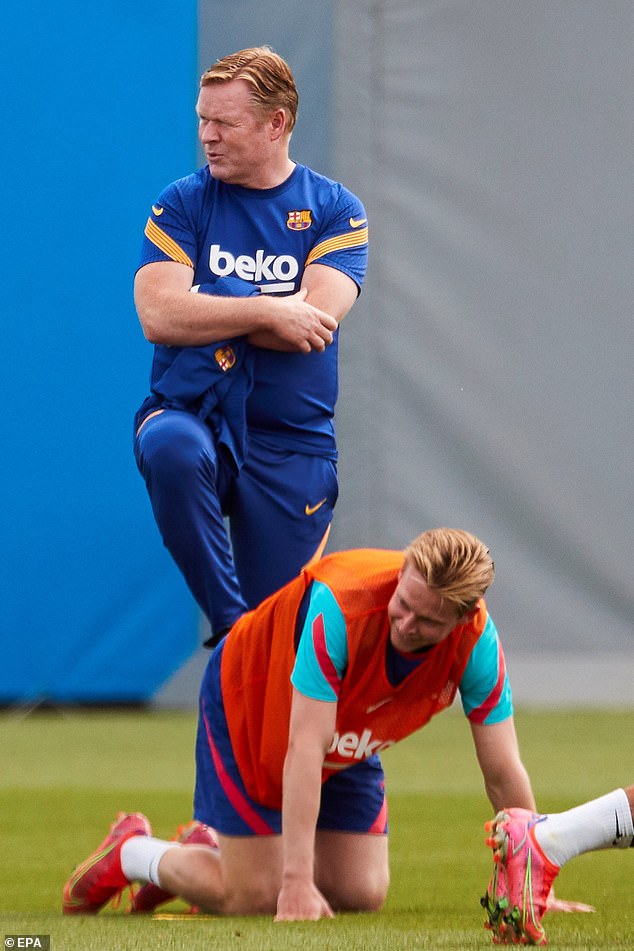 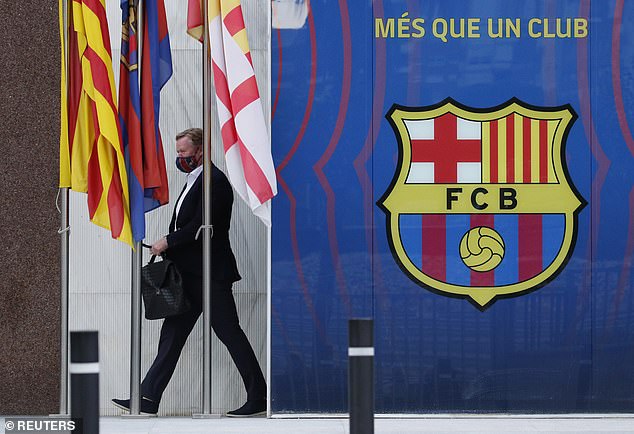 Koeman did win the Copa del Rey final to round off his first season in charge at the Nou Camp, but with just one year left on his contract has been heavily linked with an exit this summer.

Sportsmail reported earlier this month that the 58-year-old survived a crucial meeting with club president Joan Laporta to decide his future.

Nonetheless, Barcelona are still understood to be potentially eyeing up legendary former midfielder Xavi, despite him recently signing a two-year extension with his current employers, Qatari side Al-Sadd.