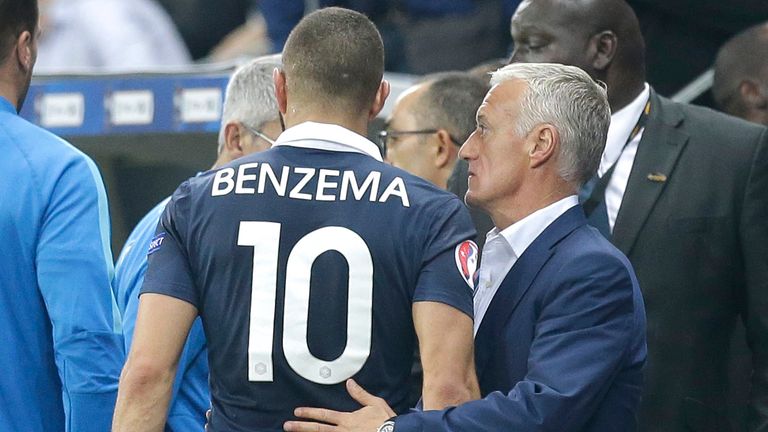 Team news and stats ahead of France vs Wales in an international friendly on Wednesday, live on Sky Sports (kick-off 8.05pm).

Karim Benzema is set to play his first game for France after a five-year absence from the national team, with Kylian Mbappe and Antoine Griezmann likely to be kept in reserve.

Mike Maignan could earn only his second cap after being preferred to Fulham loanee Alphonse Areola in Didier Deschamps’ squad.

Wissam Ben Yedder and the uncapped Jules Kounde will hope to be handed the chance to impress.

Tom Lockyer is a late addition to the squad following James Lawrence’s withdrawal, but the defender is another one who has spent plenty of time on the sidelines.

Page may opt against risking Ben Davies or Ethan Ampadu given their fitness issues and the manager has also urged caution over Aaron Ramsey and Joe Allen as they build up their stamina.