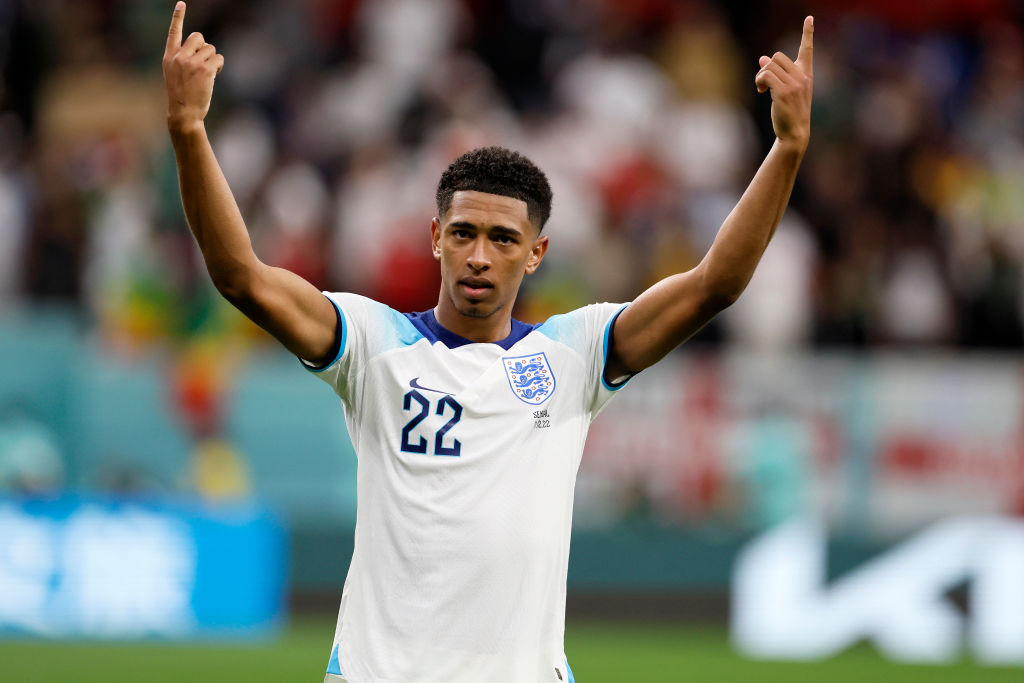 France star Dayot Upamecano believes that Bukayo Saka is England’s biggest threat ahead of the 2022 World Cup quarter-finals match between the two nations.

However, he does not believe that teenage sensation Jude Bellingham will be that much of a threat to the reigning champions, despite his hugely impressive form.

England face France in Qatar on Saturday evening in what is the biggest game of the tournament so far.

Much of the build-up has surrounded whether Gareth Southgate’s side will be able to stop the phenomenal French forward Kylian Mbappe, who has five goals in four matches so far.

However, the Three Lions are also packing some serious firepower, having scored 12 goals so far in Qatar, a tally matched only by Portugal.

Southgate can count on the likes of Harry Kane, Phil Foden and Marcus Rashford to find the back of the net, but Upamecano believes it will be young Arsenal forward Saka who will cause the French the most problems.

The 24-year-old centre-back said: ‘Bukayo Saka likes to cut inside.

‘We’ll have to make as few errors as possible. We’ll be ready.’

21-year-old Saka has three goals in Qatar so far, and, according to BetVictor, is in the running for the Young Player Award but 19-year-old Bellingham remains the favourite after some incredible performances.

Upamecano has come up against Bellingham several times when Bayern Munich have played rivals Borussia Dortmund, but, surprisingly, he doesn’t rate him as highly as others have.

‘I wouldn’t say Jude Bellingham is a threat but they have a very strong team,’ he added.

‘I know Bellingham. Bayern against Dortmund, it’s war. He has got real talent and is a very good player, is gaining in experience as he is playing in all the matches so I think it will be a really good fight in midfield.

‘We will use our experienced players, [Adrien] Rabiot and [Antoine] Griezmann, and count on them. England have some really good players, a really good bench for sure, and have a lot of players who can make the difference.