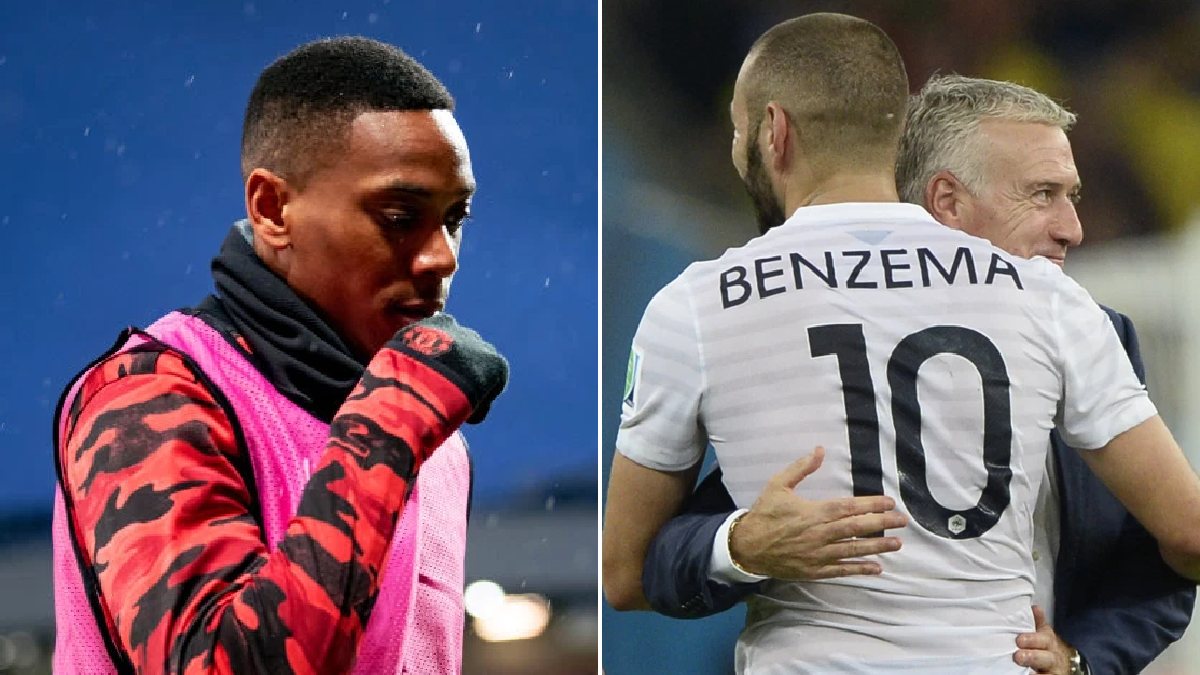 France boss Didier Deschamps has named his squad for the upcoming European Championship with Karim Benzema making a shock return, though there is no place for Anthony Martial.

The Manchester United forward has been a regular in the side but injured his knee while on international duty at the end of March, with the initial prognosis suggesting he would miss the remainder of the season.

But Martial returned to United training in the past few days and there are even suggestions he could make the squad for the Europa League final in a weeks’ time, on Wednesday May 26.

Despite the 25-year-old nearing a return, Deschamps says he is unwilling to take a risk on a player who has been out of action for two months and will not be bringing him to the Euros.

‘Anthony Martial would have been here but he is not available,’ explained the France boss on Tuesday as he revealed his expanded 26-man squad, with each side getting three extra picks.

‘His condition does not allow it.’

Deschamps added of his squad: ‘I think the squad list a year ago would not have been the one I have today.’