Former Manchester United player Lee Sharpe has hit out at Romelu Lukaku following his side’s 1-0 defeat to Juventus, claiming that he has ‘never seen a centre forward with such a bad touch’.

Lukaku’s barren run in front of goal for United extended to eight appearances after he failed to find the net against the Italian side in the Champions League.

Sharpe believes that Lukaku is still feeling the effects of Belgium’s involvement at the World Cup. 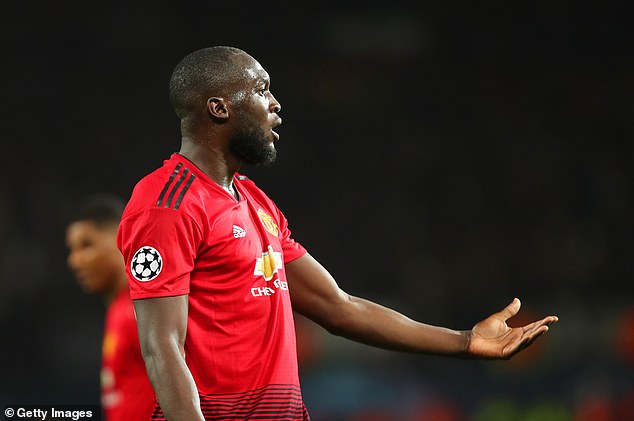 Speaking on talkSPORT, Sharpe, who played for United between  said: ‘I’ve never seen a centre forward with such a bad touch. If your centre forward can’t hold the ball up, it makes it a very hard game.’

‘He’s saying he’s played a lot of football at the World Cup and since and that he’s feeling it. I think the best thing would be to give him a rest. Send him off on holiday for a couple of weeks.’ 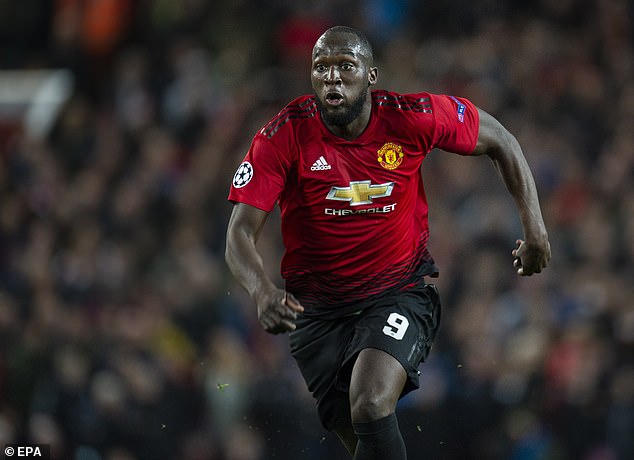 Lukaku, who hasn’t scored in his last eight club games, will hope to find the net against Everton

Lukaku was mocked by supporters online after a video emphasising his lack of close control went viral.

In the clip, Lukaku attempts to control the ball on the right flank but only just manages to keep it in play, being forced to turn backwards in the process.

After managing to sort his feet out, Lukaku then attempts to locate Ashley Young with a cross-field pass but is unable to find his team-mate. 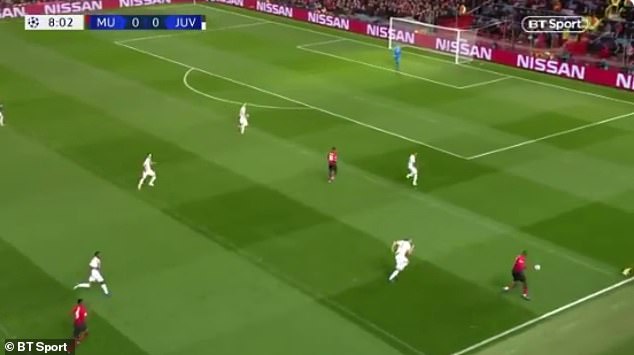 However, Lukaku’s pass is cut out as Juventus manage to gain possession

One Twitter user wrote: ‘The most over rated striker in world football, second touch is a tackle.’ 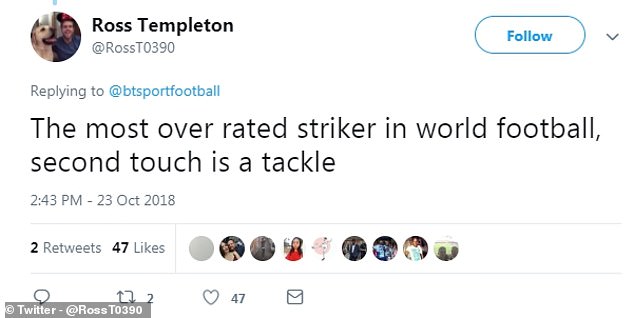 Meanwhile, another commented: ‘Lukaku was probably taking a shot at goal’.

Lukaku’s first touch came in for further criticism as a Twitter user wrote: ‘He can’t control himself. His touch is so heavy I swear whenever he takes a touch he doesn’t know himself where the ball is gonna go’.

It was also suggested that this was one of Lukaku’s better moments on the night.

Some users simply took the opportunity to laugh at Lukaku.

United’s concerning form – they have won just one of their last seven games across all competitions – has coincided with Lukaku’s struggles.

The 25-year-old will hope to rediscover his goalscoring touch when he faces his former club Everton on Sunday.

Although Marcus Rashford and Anthony Martial are capable of playing up front, there appears little danger at present of Lukaku losing his place in the starting lineup.

Lukaku scored 27 goals in 51 appearances for United in his first season at the club but has mustered just four in 13 games so far this campaign.

United are currently in tenth place in the Premier League, nine points adrift of leaders Manchester City, while they have taken four points out of a possible nine so far in the Champions League.