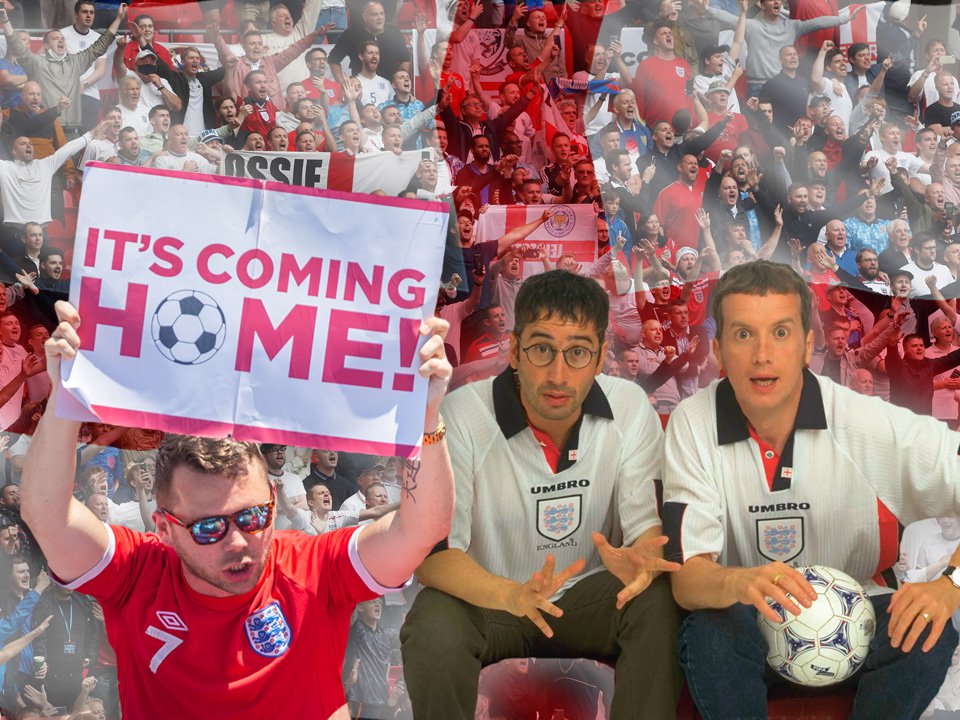 The Football Association has rejected claims that it is set to drop ‘Three Lions’ from its matchday set-list.

A report on Thursday morning suggested the famous David Baddiel and Frank Skinner track was going to be replaced due to concerns it offends other nations.

But the FA has now said that the plan is to continue playing a song which is ‘about the hope’ of being an England fan.

‘Contrary to reports this morning, the FA still plays Three Lions at major Wembley matches and has never had any intention of doing otherwise,’ a statement read.

‘The song belongs to the fans and is about the hope of following the England team.

‘It was requested by the FA to be played as one of our team songs at the 2018 World Cup and at the Euros last summer and this is our plan at tournaments going forward.’

The original report was met with scorn and disbelief from fans and former players alike, with England legend Paul Gascoigne partiuclarly taken back.

‘That song is in our DNA. It helped us in 1996 and it’ll help the boys in Qatar,’ Gascoigne told The Sun. ‘You can’t take that song off us. Sweet Caroline doesn’t come close.

‘It would be like saying we can’t wave St George’s flags anymore. This woke nonsense has no place in football. It’s just a great song.’

Piers Morgan, meanwhile, blasted the FA’s plan and said: ‘This is a ridiculous idea.

‘The song is all about wallowing in 30 years of hurt and pain at not winning anything, how can anyone say it is arrogant.

‘We should absolutely stick with Three Lions.’

The original Three Lions song was released ahead of Euro 96 – a home tournament for England – and is a collaboration between comedians Baddiel and Skinner and the band the Lightning Seeds.

It charted at number one in the UK, as did an updated and revised version – Three Lions ’98 – released ahead of the 1998 World Cup.

The most popular lyric, ‘football’s coming home’, has been used against England fans as a taunt by opposing supporters, most recently during the penalty shootout loss to Italy in the Euro 2020 final at Wembley.

There, Italy fans had signs and flags reading ‘It’s coming Rome’, while Germany supporters have also sung the refrain in matches when they have beaten England.