Florentino Perez has revealed that all 12 founding clubs of the European Super League have signed a legally binding contract, which means they cannot leave under any circumstances. The concerning revelation from the Real Madrid president is a dagger to the hearts of loyal fans of the Big Six, who are desperate to see the elaborate plans engineered by their greedy owners fall like a deck of cards.

Manchester City, Manchester United, Liverpool, Chelsea, Tottenham and Arsenal are now all facing potential sanctions from both the Premier League and UEFA for their involvement in the controversial breakaway.

UEFA are set to meet later this week to discuss the possibility of kicking City, United, Chelsea, Arsenal and Real Madrid out of the Champions League and Europa League respectively with immediate effect.

There’s hope that the threat of serious punishments will force clubs into a rethink but now Perez has sensationally claimed nobody can opt out of the agreement, meaning the European Super League looks set to go ahead.

“The contract of the Super League is binding,” he told El Chiringuito TV. 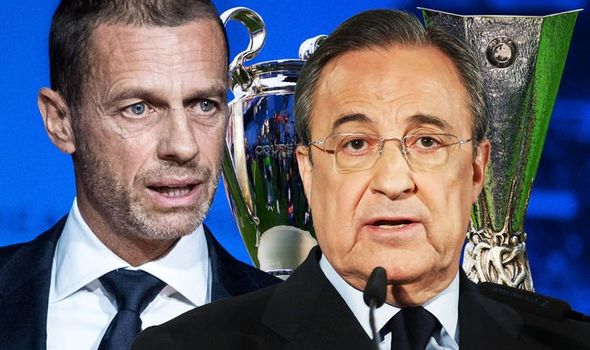 “Nobody can leave, we will work all together. All the clubs signed the contracts last Saturday, there’s no problem.”

And when asked about UEFA coming down on those involved by booting them out of current competitions, Perez added: “Don’t worry, this will not happen.

“They won’t be banned if they join the Super League.

“Real Madrid, Manchester City and Chelsea, and the other clubs of the Super League will not be banned from the Champions League or domestic leagues, 100 per cent. I’m sure. Impossible.”

Perez also claims the European Super League “will save football”, adding that young people are no longer interested in the game.

He also admitted that he is considering reducing the duration of matches, meaning they may no longer last 90 minutes.

So far, Real Madrid, Atletico Madrid and Barcelona have signed up while Sevilla rejected the proposal. 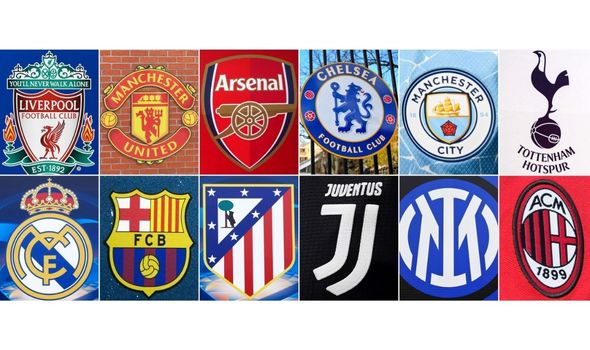 Perez also claimed that the economic impact of the coronavirus pandemic forced his hand after over two years of secretive talks.

“Together we have lost 5 billion (euros),” he said. “In two seasons Madrid have lost 400 million.”

“When you have no income other than television, you say that the solution is to make more attractive matches that fans from all over the world can see with all the big clubs and we came to the conclusion that if instead of having a Champions League we have a Super League we would be able to alleviate what we have lost.”