More quality needed up front, Miguel Almiron adds wit to his game and Sean Longstaff could be an important player this season… five THINGS WE LEARNED as Newcastle beat Atalanta 1-0

Newcastle United were 1-0 winners over Serie A outfit Atalanta at St James’ Park on Friday night.

A crowd of more than 40,000 saw striker Chris Wood score the only goal from the penalty spot in the 39th minute.

Our North-East football correspondent, CRAIG HOPE, was in attendance to bring you five talking points to emerge from the friendly… 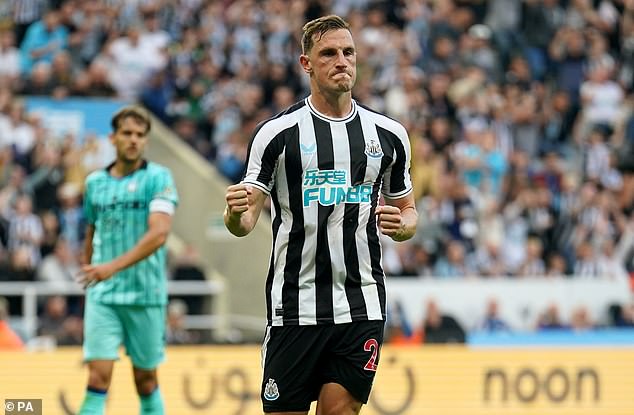 Newcastle are yet to sign an attacking player this summer, despite it being the most obvious area for improvement heading into the transfer window.

The front three which started here – Wood, Ryan Fraser and Jacob Murphy – will almost certainly be changed come the season’s start, but there was still reason to believe more quality is needed in the final third. They created little by way of clear-cut chances and it was no real surprise that the only goal was from the penalty spot.

Yes, their threat will improve for the inclusion of Callum Wilson and Allan Saint-Maximin, but it is clear Howe wants more. 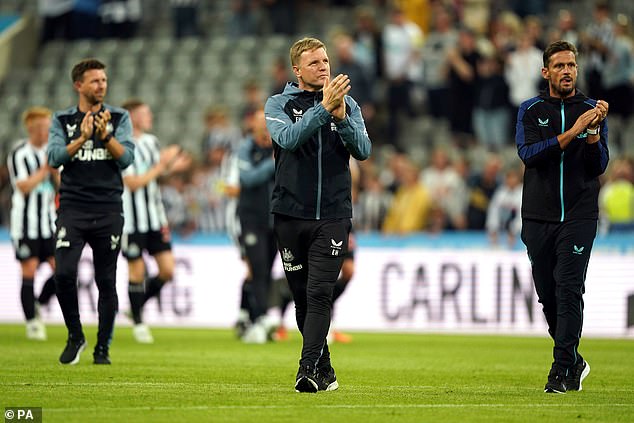 The head coach said: ‘Never say never, but as the days tick by it looks more and more unlikely (a new signing by next weekend). We’re desperate to try and improve the group with the right player.

‘I probably wouldn’t have hoped to be in that situation (no attacking signing), but that’s the transfer window. The most important thing is we get the right players, not the speed with which we get those players.

‘There is a slight frustration, but not aimed at anyone from our side, in terms of a frustration that we haven’t done business. There is an understanding of the window and the mechanics of what goes into making transfers.

‘There is frustration because you want to build your team and you want to get the adhesive nature of that team working quickly.’

Almi-run adding wit to his game

Miguel Almiron has been the biggest winner during the summer friendlies so far, taking himself from probable substitute to likely starter ahead of the opener against Nottingham Forest next Saturday.

He has always run around very quickly – the problem was that such endeavour was too often without direction or wit. That appears to have changed in recent weeks and the forward is increasingly putting himself in positions of promise.

He has scored six times during pre-season, including a double in a 3-2 defeat at Benfica in midweek. It was a surprise, then, to see him start in a midfield role here rather than as one of the front three. Still, he was lively and purposeful and it would be a shock were he not in the XI for the curtain-raiser. 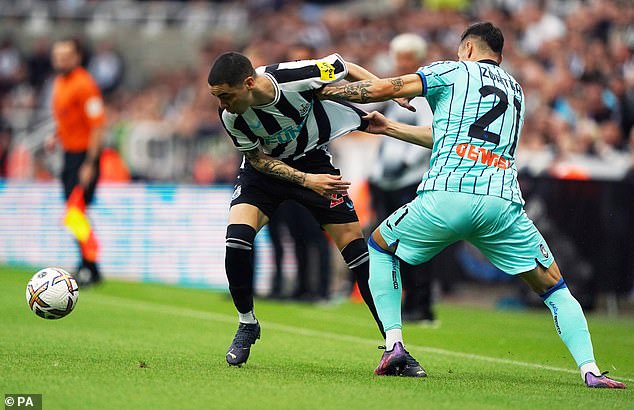 Miguel Almiron has proved himself in pre-season, and likely to start against Nottingham Forest

Ell of a player

Regular readers will be familiar with this observation, but Elliot Anderson rivals Almiron when it comes to players who have elevated their status this summer.

The 19-year-old won the penalty leading to Wood’s winner and was only denied a goal of his own by a fingertip save when chopping from one foot to the other and curling towards the bottom corner in the second half.

He is, to my eye, clearly more effective than several senior team-mates in forward areas and, to that end, he should remain at St James’ Park this season.

The dilemma is whether his development would be better served by spending a season on loan where he is a regular starter. His ability is obvious, though, and there are shades of a young Ross Barkley about his build and touch.

Howe said afterwards: ‘He has performed very well but no decision (on his future) will be made until the end of the transfer window, probably the last few days. At the moment, it certainly looks like he will stay with us, because of how he is performing.’ 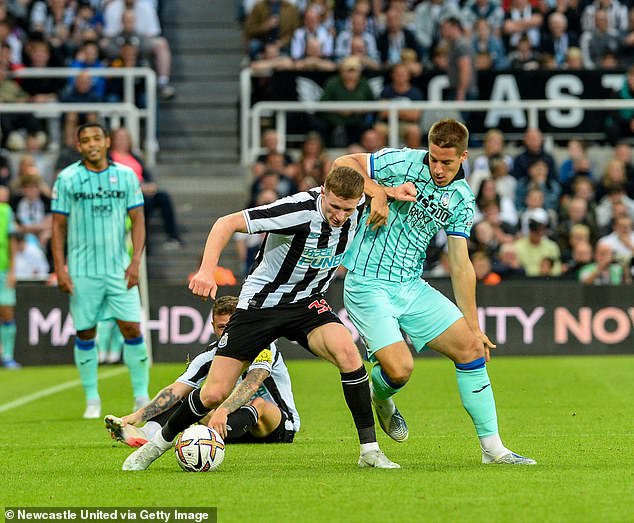 Sean has played the Long game

Sean Longstaff did not enjoy his time with former boss Steve Bruce but has looked a different player under Howe. The manager was evidently impressed with his performance here, twice applauding recovery tackles with arms aloft.

Longstaff looked to be on his way out of the club before Howe’s arrival and the takeover and his decision to stick around – he signed a new contract this year – is paying dividends. He could be a big player for Newcastle this season if staying fit and happy. 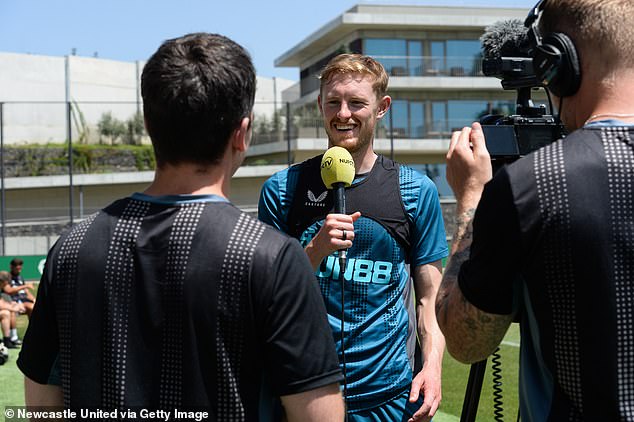 Jonjo Shelvey looked razor sharp during the recent tour of Austria, revealing he had worked with a personal trainer all summer. It was a blow for the midfielder and Howe, then, when he injured his hamstring last week.

We’re told the damage is not significant and he will be sidelined for between three and four weeks. But to miss the start of the season given his extra effort in getting in shape is a real shame. 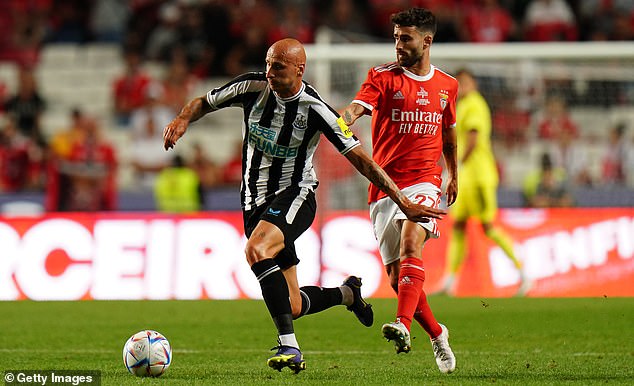