Everyone remembers where they were when Sergio Aguero scored that fateful goal against QPR to win Manchester City their first Premier League in 2012.

Rio Ferdinand was 140 miles away up the M62 at the Stadium of Light, in a state of limbo having beaten Sunderland seconds earlier.

Manchester United had clinched the title – but only if City failed to win – which looked certain with them 2-1 down with minutes to go.

Edin Dzeko equalised in stoppage time before Aguero delivered the most memorable of Premier League moments, Martin Tyler screaming the Argentine's name as the Etihad descended into blue waves of mayhem.

As the news filtered through, the United players fell to the floor as Sir Alex Ferguson solemnly comforted his crestfallen stars.

One of them included Ferdinand, who could not believe what had just happened – yet in a touching tribute to his City foe, he revealed all.

On Instagram, he said: "This name, this goal, this moment still hits me at times when I least expect it like a bolt out the blue!

"Our closest rivals just across the city, snatching the Premier League title from out of our hands – bearing in mind our game had just finished and we had won our game.

"What was the score in City’s game… they need a goal with seconds to go…. surely we have won… I think we have done it….. then… Agueroooooooooo.

"What I will say is that as much as I hated the outcome I never hated (or disliked) Sergio for his moment – like I thought I would.

"Why? I think how humble & chilled he seems plays a big part but as much or more is how much I respect him as a footballer.

"He is one of the hardest strikers I have ever marked.

"So elusive, so quick, strong, two feet capable of hitting the ball cleanly with, great movement and a clear belief that he will score that seeps out through his paws!"

Aguero will be leaving City at the end of the season after 10 years at the club and 257 goals in 384 appearances.

The club have already revealed they will commemorate the striker with a statue outside the Etihad – what better moment than his goal vs QPR to immortalise.

READ MORE: Gary Lineker has hilarious showdown with elderly woman after she found his phone in park 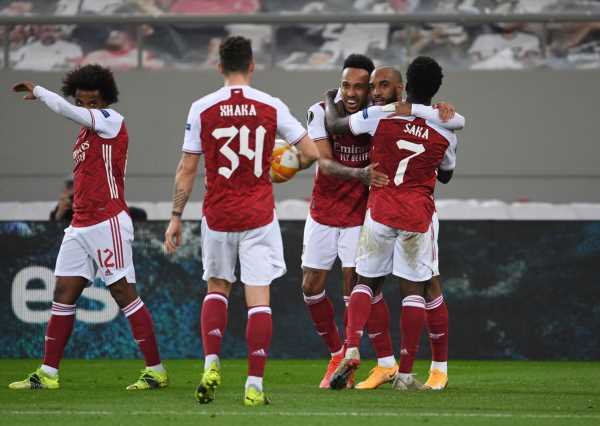