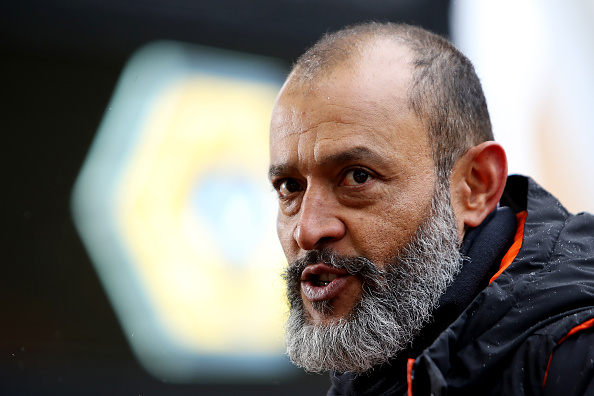 Everton are set to battle Crystal Palace for the appointment of former Wolves boss Nuno Espirito Santo after majority shareholder Farhad Moshiri identified the Portuguese as his first choice to replace Carlo Ancelotti.

The Italian left the Toffees on Monday after agreeing to replace Zinedine Zidane at former club Real Madrid.

Everton are due around £30m in compensation from Ancelotti’s departure as the Italian had three years to run on a £11m-a-year deal at Goodison Park.

Moshiri is now looking to hire his sixth manager in five years at the club and the board have drawn up a list of candidates which includes Rafa Benitez and Eddie Howe.

Nuno left Wolves at the end of the season after four years with the Midlands club, in which he guided them into the Premier League and to back-to-back seventh spot finishes.

The 47-year-old has held extensive talks with Palace over the last week, with the Eagles keen on making a quick appointment to replace Roy Hodgson.

Nuno had been keen on moving to Selhurst Park but Everton would surely be the more attractive option given the Toffees’ squad and deeper resources.

Speaking after his departure yesterday, Ancelotti thanked the Goodison faithful for their ‘tremendous support’ during his time at the club.

‘I’d like to thank the board, players and Evertonians for the tremendous support they have given me,’ said Ancelotti.

‘I hope Everton can achieve the exciting opportunities they have in front of them.

‘While I have enjoyed being at Everton, I have been presented with an unexpected opportunity which is the right move for me and my family.’