FANTASY PREMIER LEAGUE PREVIEW: Who should you pick in your GW1 squad?

FANTASY PREMIER LEAGUE PREVIEW: Martinelli, Neto and Bailey emerge as early budget options, defence continues to offer great value and Salah is still the king… who to pick in your 15-man squads ahead of GW1

The new Fantasy Premier League season is rapidly approaching and millions of managers across the globe are chopping and changing their teams in pursuit of the perfect 15-man squad.

At the beginning of the season, plenty of managers aim to hunt down a new personal best, several tussle for bragging rights in their office mini-leagues, and some simply set themselves the dream of finishing with the coveted FPL crown.

Whether new to FPL or an experienced regular, it is important to take note of what’s changed in the Premier League ahead of the new season and get a flavour of the in-form players who are just waiting to pick up a glut of points in the opening few gameweeks.

So, Sportsmail’s Ben Willcocks, who finished with an overall rank of 118 in 2020-21, has assessed the status quo ahead of the brand new FPL campaign and built a shortlist of some promising options to back at the start of the season. 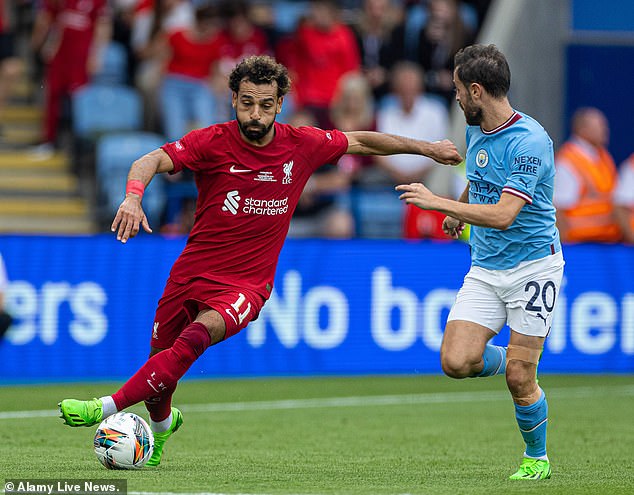 The 2022-23 season is destined to play out very differently to previous campaigns, notably because of the World Cup in November.

Unlike before, the Premier League will break in GW16 and return six weeks later on Boxing Day.

As a result, managers will be able to make unlimited transfers between GW16 and GW17 and reset their squads with fresh new assets. 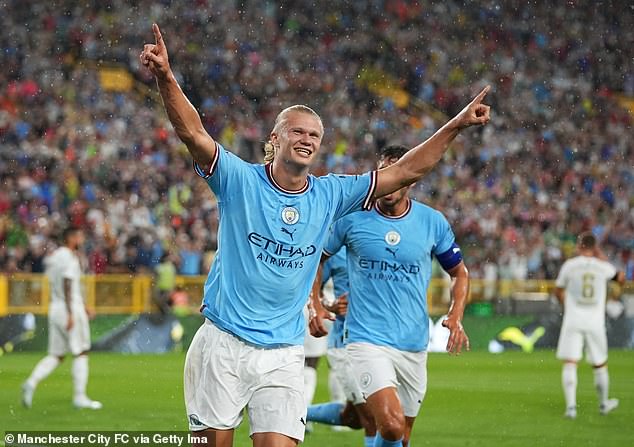 In essence, the FPL chiefs have handed managers an additional wildcard this season, which could dramatically change the manner in which players approach the game.

As the first wildcard must be played before the World Cup break, the need for a long-term squad is less important this campaign.

In order to benefit from the changes made on a wildcard, managers would be wise to activate the chip by GW12 at the very latest, giving at least four weeks of profit ahead of the GW16 hiatus.

Also, at the start of the season, there are always several unknown quantities just waiting to emerge from under the surface.

Expensive early season bandwagons can often require plenty of moves and points hits to get ahold of, but the prospect of a low-risk early wildcard could hand managers the perfect opportunity to restructure their squad as early as GW4.

In bygone years, millions of FPL managers stayed actively engaged with the game in the first quarter of the season – but this often changed in December during the congested winter schedule as deadlines came thick and fast. 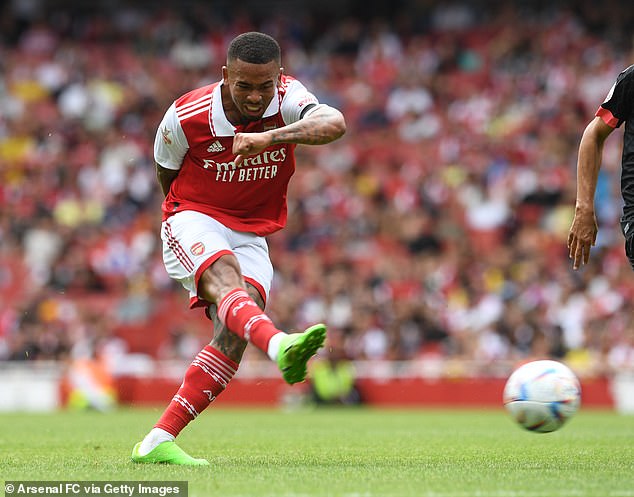 Gabriel Jesus (£8.0m) has impressed with seven goals in pre-season since arriving at Arsenal

With the World Cup providing a break from FPL, casual managers are now more likely to stay active for a longer spell this year, which should provide a more exciting and high-scoring season overall.

Blessed with an early wildcard in the bank, FPL managers would be wise to prioritise short-term fixtures at the start of the season rather than play the long game.

Premier League managers are now permitted to make up to five substitutes in every top-flight match, which is likely to alter FPL significantly in the future.

The substitutes bench in FPL is only called into action if a player fails to register a single minute in a match.

Therefore, as Premier League bosses are set to call upon substitutes more frequently this season, auto-subs are likely to be less of a factor, with players more regularly coming on for one-point cameo appearances.

Whilst it is always worth having one or two reliable bench options on hand in case of unprecedented scenarios, managers should hardly spend any of their £100m budget on the substitutes this season and instead prioritise throwing money into the starting line-up. 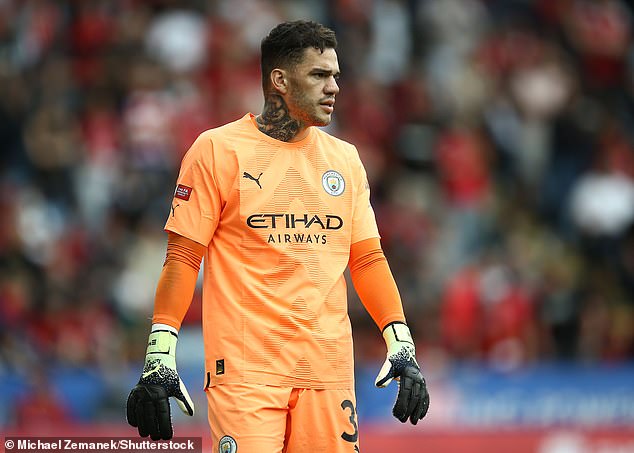 Ederson (£5.5m) and many other premium goalkeepers are now much more affordable in FPL

With twice as many points on offer, captaincy is one of the most crucial aspects of FPL and seems to be overlooked by several players every season.

At £13.0m, Mohamed Salah could struggle to pay back his price tag in comparison to other value picks, but captaincy is where he and the likes of Harry Kane, Kevin De Bruyne, Erling Haaland and Son Heung-min repay their value.

Looking ahead at the fixture schedule and deciding which player to give the armband to is an important part of the planning process.

On the one hand, managers do not want to spend unnecessary transfers chopping and changing their premium assets. On the other, they certainly do not want to miss out on a plum fixture because of a lack of forethought.

Therefore, it is worth thinking five or six gameweeks in advance at the start of the season with captaincy in mind – here is a list of the best captaincy options between GW1 and GW6 as it stands. 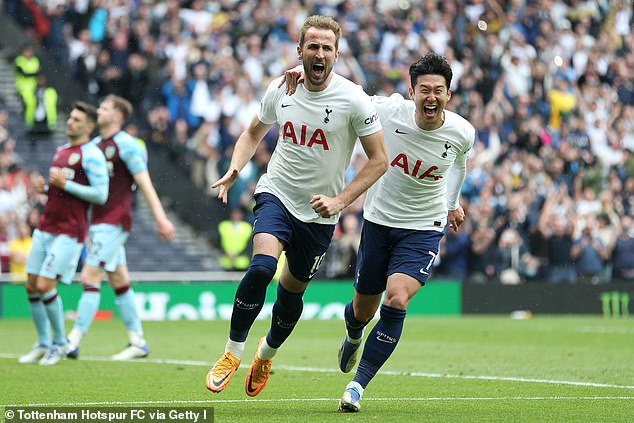 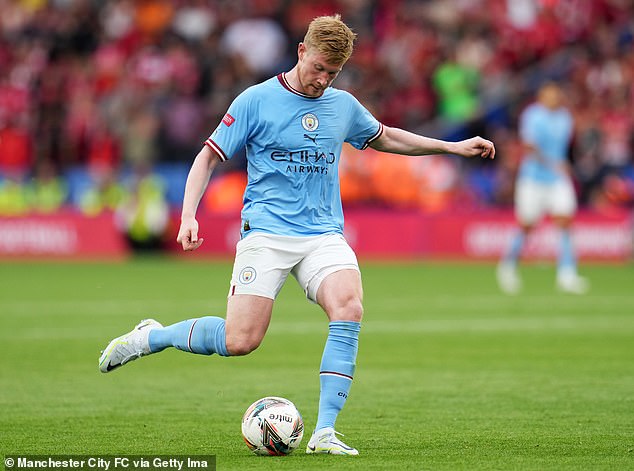 Choosing assets from top six clubs – or from mid-table sides with strong fixtures – is usually the optimum way of attacking the start of the season.

Whilst daring managers can prosper from risky selections, the best strategy is to choose the tried-and-tested FPL options, choosing reliable players from top teams.

With that in mind, Sportsmail has assembled a shortlist of solid picks in each position. 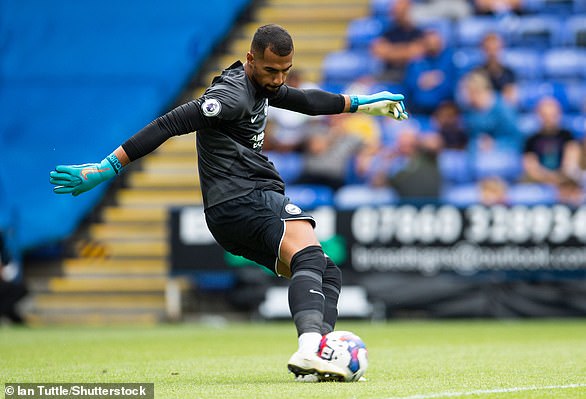 Brighton’s Robert Sanchez could be the pick of the £4.5m goalkeepers this campaign

Solid and organised defence in Brighton. Ticks over with clean sheets at a healthy pace. Not the most exciting pick but the most reliable £4.5m option. 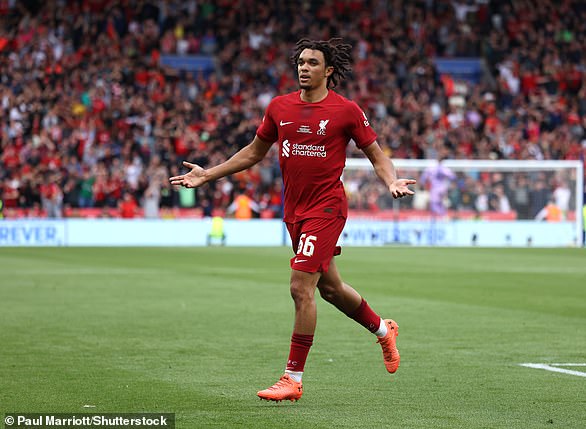 Set to start the season due to Man City’s full-back shortage. Little attacking threat but good for clean sheets. Could offer great value if he keeps starting. 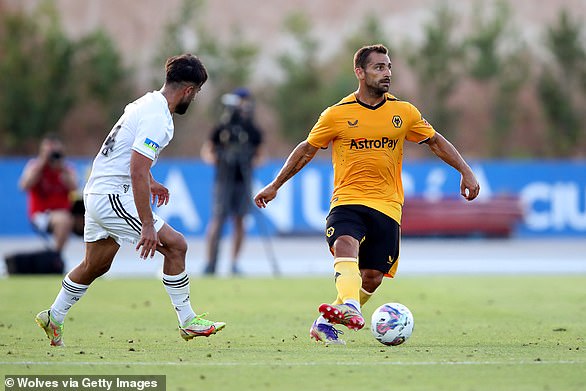 Jonny Otto (£4.5m) is set to start the season for Wolves with Ruben Semedo out injured

Like Sanchez, from a reliable and solid defence. Poses bags of potential from set-pieces. Averaged three goals per season since 2019-20 at centre-back.

Will start the season at right-back with Ruben Semedo out. Traditionally an attacking wing-back unless Bruno Lage changes to a 4-3-3. Kind fixture run.

Set to start at wing-back after his £18m move from Liverpool. Cheapest defender in the game and a guaranteed starter. Perfect for the bench.

Best FPL asset in the game – perhaps of all-time. Fifth successive season over 230 points. Returned 23 goals and 14 assists last season. Still worth it at £13m.

Another potential alternative to Salah. Joint golden boot winner with 23 goals and 10 assists last season. His tally of 258 in 2021-22 was his highest FPL total. 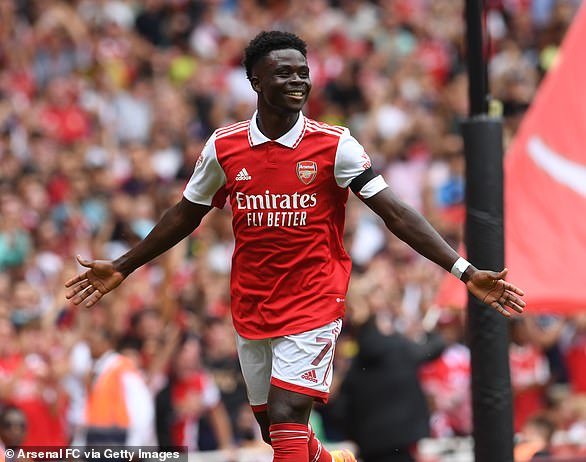 Emerged as Arsenal’s talisman last season. Guaranteed starter unlike some other £8.0m midfielders. Took Arsenal’s most recent friendly in pre-season.

Under the radar option. 11 goals and 11 assists last season and still improving. Continued to impress in pre-season despite questionable Chelsea form.

Explosive asset with risk of starts. Played very well in the Community Shield after coming on. Could be worth the risk with Bournemouth at home in GW1.

Set to start most games with Diogo Jota injured. Found himself in many goal-scoring positions against Man City. Four goals and three assists since January.

Expected to start with Emile Smith-Rowe only just back from injury. Linked up extremely well with Gabriel Jesus and claimed three assists against Sevilla. 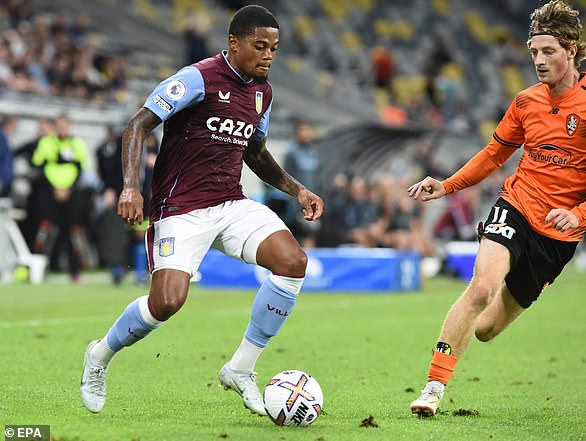 Leon Bailey (£5.0m) has impressed with three goals and two assists in pre-season

Slight risk as yet to play in Premier League but performed well in pre-season. Taking over creative role from Raphinha. Could be worth a punt at £5.5m.

Back to full fitness after last season’s injury. Five goals and eight assists in 2020-21. Not yet known how Raul Jimenez injury will affect Wolves and Neto.

Star of pre-season for Aston Villa, with three goals and two assists. Expected to line-up next to Philippe Coutinho and Ollie Watkins in Villa’s front three.

Destined to play attacking midfield at Fulham after switch from Man United. Cheapest possible in his position and expected to start. Perfect for the bench.

Looked razor-sharp in pre-season for Spurs under Conte. Five goals and one assist in four friendlies. 192 points last campaign with 17 goals and 11 assists.

New star striker at Man City, who have led the league in scoring every year since 2017-18. Picked up some excellent goal-scoring positions on Saturday.

Proved his threat against Man City at the weekend and seemed to hog chances when he came on. Still yet unclear whether he will start in GW1. 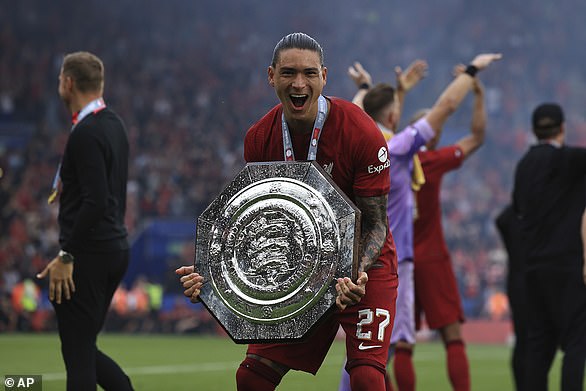 The in-form player of pre-season, with seven goals and one assist. Under-priced at £8.0m hence his above 70% ownership. Set to score a lot of points.

Still the main man at Leeds and now enjoyed a full pre-season under Jesse Marsch. Excellent fixtures to start the campaign and could be worth the risk.

Eight goals in 16 starts last season. Very explosive when fit and has had a full pre-season to build fitness. Mixed bag of fixtures but a great short-term punt.

Record-breaking 43-goal season in the Championship last season and with a more attacking manager in Marco Silva this time around. Solid budget option. 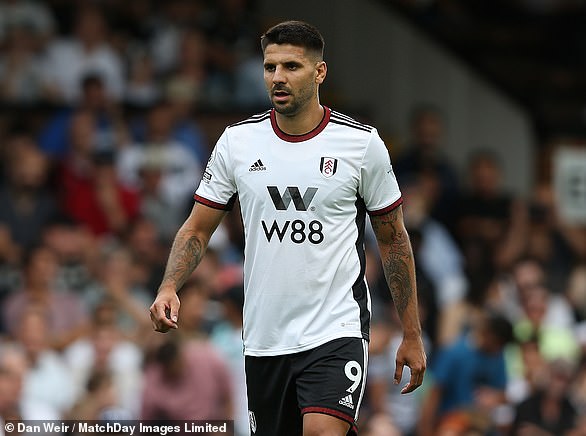