Manchester United fans have been left furious with a goal conceded in the team’s friendly with Melbourne Victory.

United fell behind in the first half through a goal from Chris Ikonomidis on the counter after United’s defence were split by the A League side.

The goal brought back sour memories from last season for United fans, who were hoping new manager Erik ten Hag would be able to improve their poor defensive record. 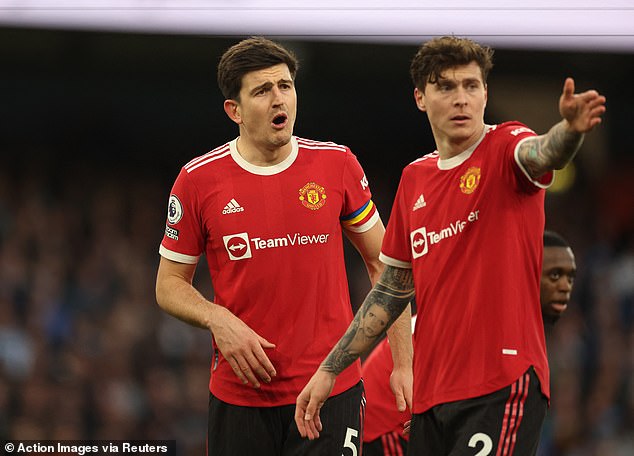 Viktor Lindelof was the main target of blame on social  media after the Swede was pulled out of position on the left hand side, which resulted in the cross for the goal.

One Twitter user posted: ‘Lindelof is not good enough. Never has been. Not for Manchester United. Maybe for Dundee United.’

Another said: ‘What the f*** was Lindelof doing he just left his man.’

Lindelof was partnering Harry Maguire at centre back, with ten Hag recently confirming in the England defender will remain as captain for the following season after widespread criticism.

Maguire though was beaten to the ball by Ikonomidis, clearly out-paced when trying to track back.

Fans took aim at the partnership on social media, with one fan posting: ‘Maguire + Lindelof F****** HONKING!! Can’t play a high line with them, they’re far too slow!’

@bethTmufc added: ‘Two slow CBs with a high line will not work, need at least one with pace.’

United are set to complete the signing of Lisandro Martinez in the coming days after finally agreeing a deal to sign the defender for £46million from Ajax.

Fans on Twitter pleaded for the centre back to join up with the team soon to help fix their defensive frailties.

Scott McTominay and Anthony Martial were on target later in the half to put United ahead.