Ezri Konsa has signed a new contract at Aston Villa to commit his future to the club until 2026.

The 23-year-old has featured in 26 of Villa’s 28 Premier League games this season, forming a strong partnership with Tyrone Mings and helping the club to keep 14 top-flight clean sheets to date.

“I’m really grateful that the club have rewarded me with a new contract,” Konsa said on the club’s website.

“It’s a great feeling to know the club really believes in you and has trust in you.

Unbelievable feeling to extend my contract at this great club. Thank you to everyone who has played a part in my development… Hard work continues! 👊🏽 #UTV pic.twitter.com/zF75IF4k6J

“It’s something I’ve been working towards since I got here, proving myself and playing games week in, week out.”

Konsa, a former U20 World Cup winner with England, joined Villa from Brentford in 2019 and has gone on to make 58 appearances in all competitions.

This season Konsa has moved up a level as Villa seek to hang on to their position in the top half of the table over the final weeks of the campaign. 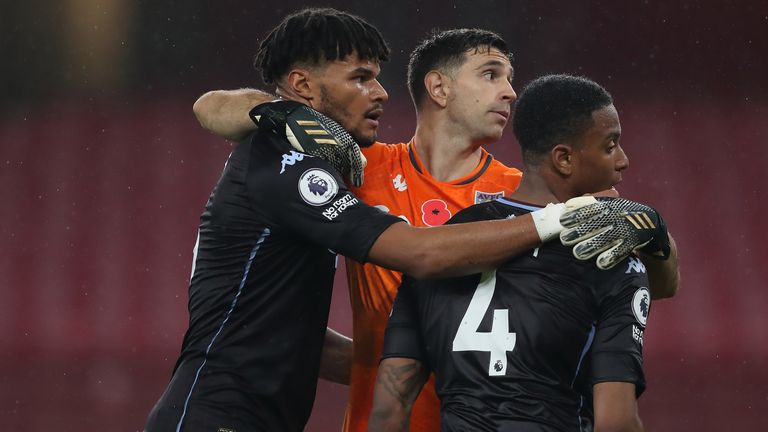 “It’s been a really good season for us, especially the lads at the back with the amount of clean sheets – we’re only one away from matching the clean sheet record for Aston Villa,” he added.

“We have great chemistry at the back, including [goalkeeper] Emiliano Martinez. For me personally, it’s been a very good season, for my standards and what I wanted to reach this season.

“I’m really proud of what me and the boys have achieved this season.”