Exclusive: Joleon Lescott on his passion for individual development

‘I don’t watch games, I watch players’: England under-21 coach Joleon Lescott on his passion for developing talent, the next young star to break into Gareth Southgate’s squad… and his looming dissertation deadline!

A smile widens across Joleon Lescott’s face as he reels off the names of the most exciting talents in England’s under-21 squad.

Sportsmail has just asked him who he thinks might be the next young player to break into the senior squad and it’s clear that he is spoilt for choice.

‘It’s tough because there’s so many and none of them would surprise me if they made it,’ Lescott says. ‘There’s Curtis Jones, Jacob Ramsey, Folarin Balogun, Max Aarons. There’s a whole lot of talent and it’s a case of nurturing them. 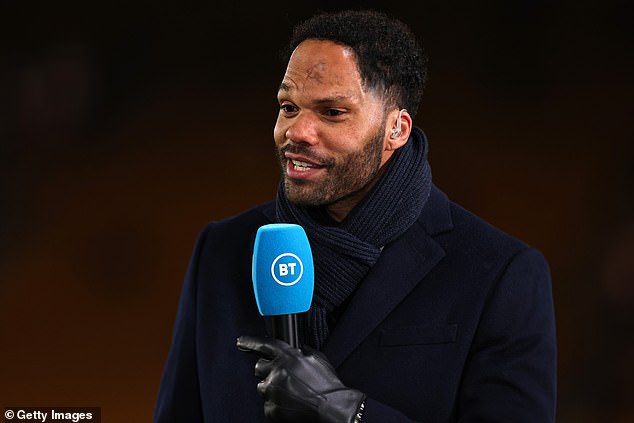 ‘This level of talent isn’t uncommon in the under-21s, it’s just about how much they can focus and generate careers.’

Lescott, who earned 26 caps for England during his playing career, is well-placed to judge. He is nearly 12 months into his role in Lee Carsley’s under-21 coaching team and by his own admission, the former Manchester City defender has been surprised at how it has gone.

‘I’ve enjoyed it more than I thought I would,’ Lescott confesses.

‘I didn’t know what to expect or how the players would take to me, that was probably what I was most nervous about. But they are all very respectful and very open to learning.’

The 39-year-old took on the position just a month after Carsley was appointed as manager. Lescott played alongside the former midfielder at Everton but has been taken aback at just how impressive his coaching style is. 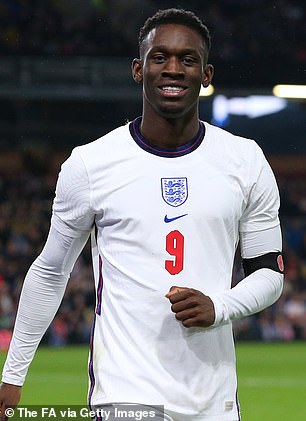 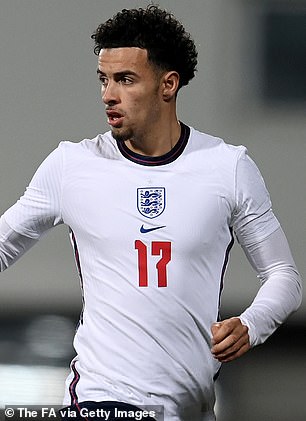 ‘I’ve learned a lot from Lee. He’s very commanding, but so relaxed with it. I’ve never seen a group of players warm to a coach so much, regardless of whether they are in or out of the team.

‘I played with him so I know how funny he is and what a good guy he is, but to see a group of players tune in and focus like they do, that is new to me.’

Carsley’s predecessor Aidy Boothroyd left the role after being unable to prevent the Young Lions from crashing out in the group stages at the European Championships in March 2021.

It was the second successive tournament that the team had exited before the knockouts and Boothroyd was condemned by fans for failing with squads that included the likes of Phil Foden, Mason Mount and Tammy Abraham. 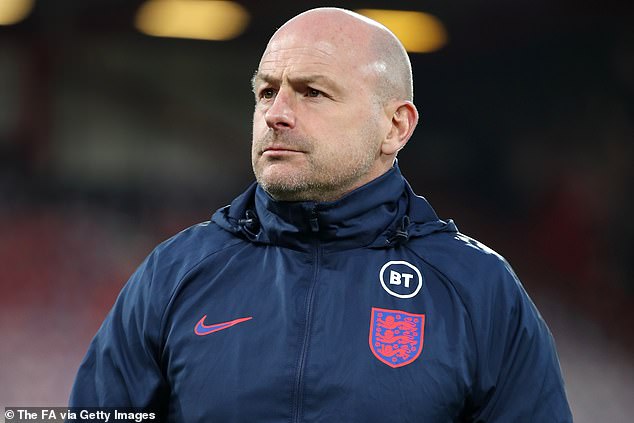 Those players have all since gone on to make their mark in Gareth Southgate’s senior squad and that’s where the catch-22 of age group football comes in to play. What takes priority: team success or individual development?

‘There’s a fine balance between the two,’ Lescott says. ‘It’s hard at under-21 level when a player may help us qualify for a tournament but then they may be at an age or stage of their career at the end of the campaign that they’re not actually able to play in it.

‘But if that’s the case and they’re playing in the seniors then we’ll be proud of that. We understand that’s what the job is. It’s about the development of players, the goal is to get them to the seniors and improve them.’

Individual development is where Lescott’s coaching passion lies. His first post-playing role came at Manchester City, where he was the loans manager.

The position involved watching and mentoring individual young players, helping to put them on the right path for a career in the game. 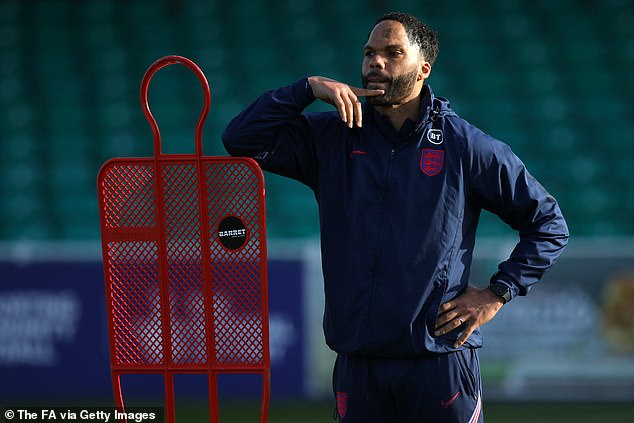 His duties with England’s under-21s are similar. Lescott will vigorously go through clips of specific players and then sit down with them to discuss how they can improve.

‘I feel more comfortable talking individually with players and I enjoy that too,’ he says.

‘Having spoken to people in positions that I want to be in in the future, they ask me how I watch the game. I always say that I don’t watch games, I watch players. To help players improve individually is a big thing for me.’

Lescott has even channelled his enthusiasm into further education. He is currently working towards a Masters in sports directorship and his dissertation is due later this month.

‘It’s pretty intense right now!’ the former defender laughs. ‘My dissertation is on academy management and the development of players. I’m passionate about how much attention academies put into developing players. 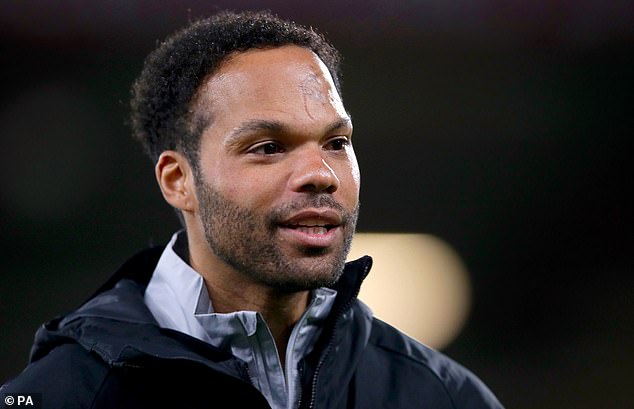 ‘I believe that a lot more academies should focus on individual development rather than team success. I think that the structures in place could benefit players more. There’s a lot of focus on results and the actual percentage of players that progress is small.

‘If we focus on improving individuals, then results may take a hit but if we improve the individuals then we increase the number of players who actually make the grade into first team football.’

Lescott says his long-term ambition is to be a sporting director or academy manager.

With experience at the Premier League champions along with one of the most forward-thinking national team set-ups – and with a Masters degree on the way – his pathway to that goal is clearing.

Believe it? Now See it on BT Sport

BT Sport has exclusive coverage of 52 live Premier League games this season, starting with Fulham vs Liverpool on Saturday 6th August from 11:30am. For more info, visit btsport.com.