Everything you need to know about incoming Arsenal signing Fabio Vieira 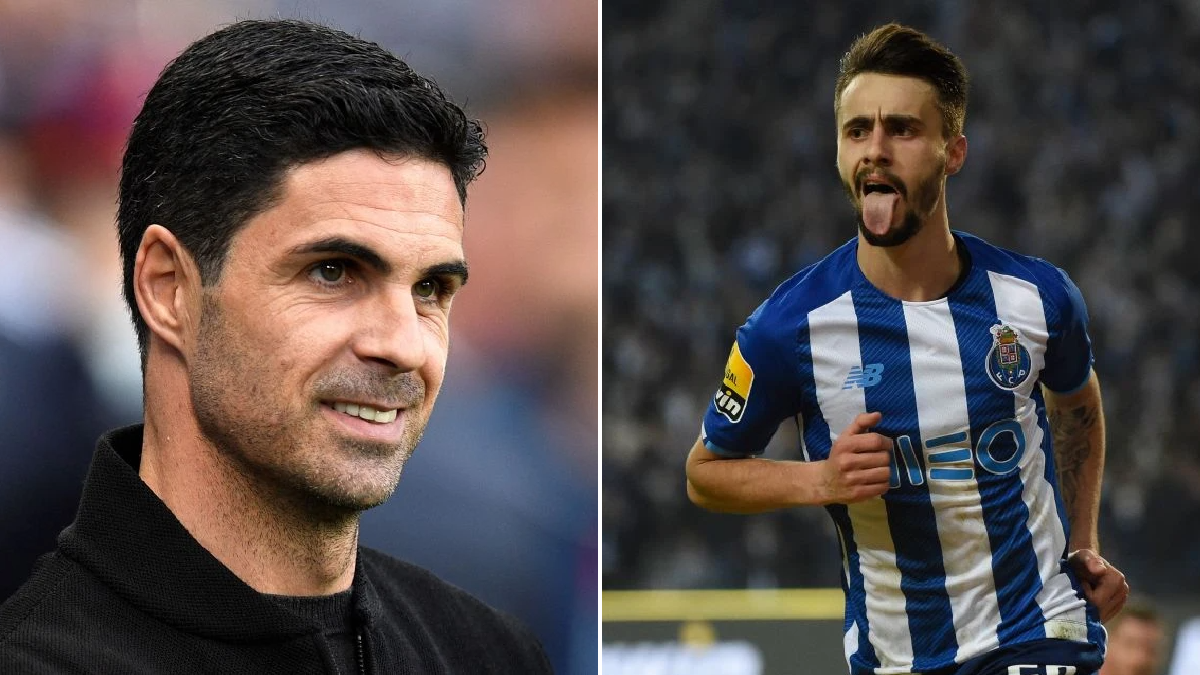 Fabio Vieira is set to sign for Arsenal in a 40m euros (£34.2m) deal from Porto, but who exactly is he and what can fans expect from the midfielder?

He is a left-footed, 5ft 7in central attacking midfielder known for his dribbling and passing ability, with some Arsenal fans on Twitter already comparing him to former Gunner Santi Cazorla.

Vieira was born in the city of Santa Maria da Feira – located 23km from central Porto – and has spent his entire career at the Estadio do Dragao, having progressed through their youth ranks.

He won the UEFA Youth League with them in 2017-18, scoring in the final against Arsenal’s London rivals Chelsea as the Portuguese side ran out as 3-1 winners that day.

Vieira broke into the first team in 2020 – helping Porto win the 2019-20 Primeira Liga – and won his second top-flight title last season after being named Young Player of the Month for January and Midfielder of the Month in April.

He also won the Taca de Portugal (Cup of Portugal) with Porto in 2021-22 and has played – and scored – in the UEFA Champions League for the club.

Vieira registered 14 assists in the Portuguese top-flight last season, has 13 goals in 21 Portugal U21 caps and was crowned Player of the Tournament at last year’s European U21 Championship.

‘During the tournament, he was a key player for Portugal,’ UEFA’s team of technical observers said of Vieria after giving him the award. ‘A playmaker who creates a lot of chances. An excellent link between midfield and attack.’

Rui Jorge, Portugal U21 boss, added: ‘[Vieria] is a very technically advanced player, but he needs to improve some aspects of his game in order to become a full-fledged player.

‘He knows this and will work on these aspects. Fabio has a great future if he sees fit. I think he wants to be the player he can be. I believe that we can meet a great player.’

Arsenal boss Mikel Arteta may have already revealed why the Gunners have decided to bring Vieira to the Emirates Stadium, during an interview with Sky Sports in the summer of 2020.

‘There are no such people in the club now. We must resume this cycle, because otherwise there will be no more such players at Arsenal. And they are an important part of any team.’

It is worth noting that since those comments, Arsenal have signed Martin Odegaard, Thomas Partey and Albert Sambi Lokonga.

Granit Xhaka and Mohamed Elneny have also signed new deals in the last year, but Vieira will provide fresh competition in the middle of the park and perhaps offer something different as the Gunners look to qualify for next season’s Champions League.