How Everton could line up next season as Richarlison’s exit lands latest blow on boss Lampard – Tarkowski adding steel at the back, Gallagher and Gilmour in an exciting midfield, and Gordon in attack – if they can keep him

After a disappointing 2021-22 campaign, which saw the club get dragged into a relegation battle, it promises to be a crucial summer for Everton.

And it has not started particularly well, with last season’s top scorer Richarlison departing for Tottenham in a deal worth £60million.

The club’s financial issues have been well-documented, and uncertainty remains as to how much Frank Lampard will be given to spend in this transfer window, while talks are still ongoing over a possible takeover. 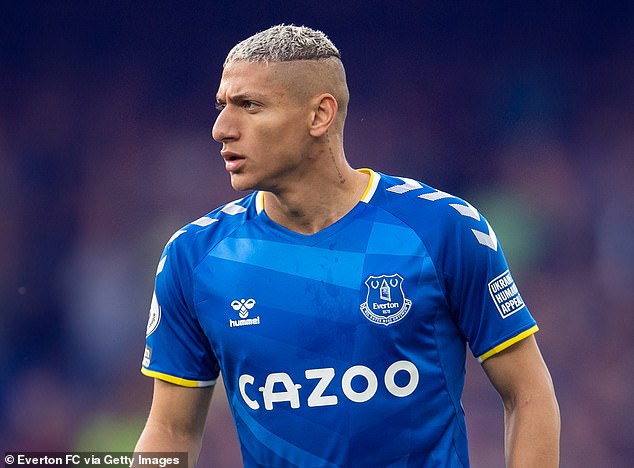 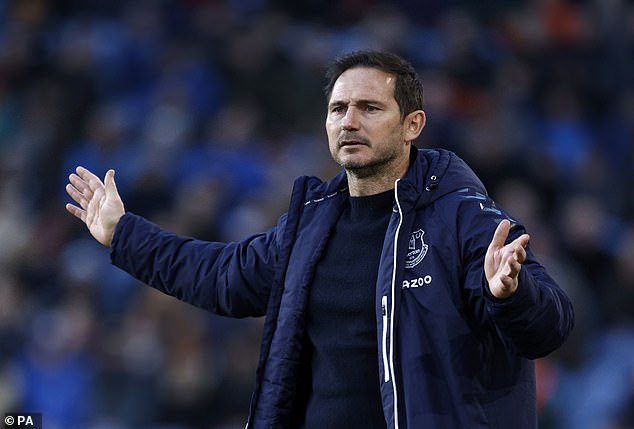 Free transfers and loan signings are likely to be order of the day for the Toffees, as Lampard looks to build a squad that can bounce back from last season’s turmoil.

The ex-Chelsea boss had to switch formations as he struggled to find a winning formula at Goodison Park, moving to a back three for the latter stages of the campaign.

However, with smart recruitment, he ought to be able to revert to his favoured back four to help him make his mark at the club.

Here, Sportsmail takes a look at how Everton could line-up next term under Lampard.

Jordan Pickford is one of the only players whose reputation has remained intact after last season at Everton.

The England international was given very little help by his defence, and did concede 58 goals in his 35 league appearances, but he also pulled off some stunning saves – his one to deny Chelsea’s Cesar Azpilicueta in May will live long in the memory. 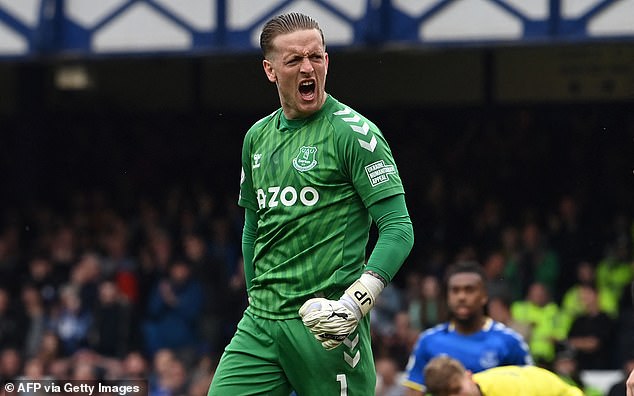 There is no reason to replace the 28-year-old, who has improved his consistency over the last 18 months.

Seamus Coleman will turn 34 in October, and he may need to be managed carefully in 2022-23, but his experience was still vital at the back end of last season.

January signing Nathan Patterson ought to be putting pressure on the club captain for his place in the team, but for now, Coleman is in possession of the shirt at right-back.

Meanwhile, on the opposite flank, Vitaliy Mykolenko is likely to get the chance to continue to impress. Lampard was hesitant to use him at first when the Ukrainian arrived in England, but by the end of the season he had made the left-back spot his own. 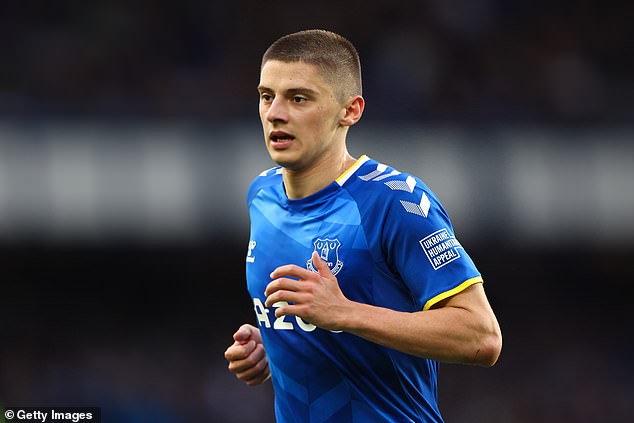 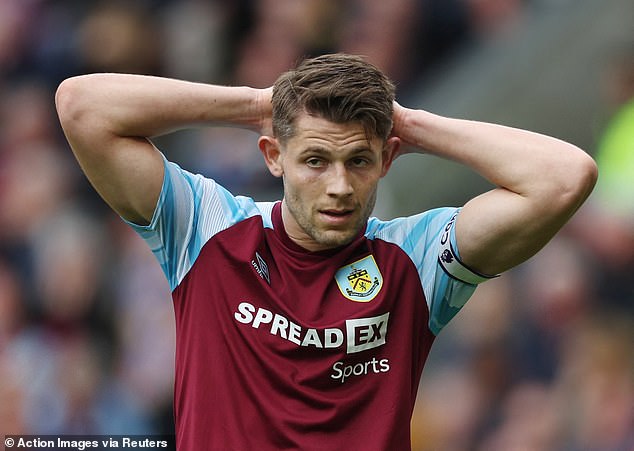 It could be all change in central defence, though, at Goodison Park. Everton may be open to allowing Yerry Mina to leave, with the Colombian defender entering the final year of his contract. His fitness has also been a concern in recent seasons.

Meanwhile, Michael Keane, Ben Godfrey and Mason Holgate have all struggled to convince over the last 12 months, and youngster Jarrad Branthwaite could be loaned out to PSV Eindhoven or Schalke.

As a result, Everton have turned to James Tarkowski, whose arrival on a free transfer from Burnley is set to be announced imminently.

The club also have their eye on Chelsea youngster Levi Colwill. The teenager had a standout season on loan at Huddersfield in 2021-22 as the Terriers made it to the play-off final, and he could be paired with the experience Tarkowski if Everton can get a deal over the line for him.

Everton were regularly overrun in midfield last season, and Lampard could once again turn to his former team to try to fix this issue.

Meanwhile, Gilmour spent the season at Norwich, who finished bottom of the table, with the Scot unable to cement his place in the side. 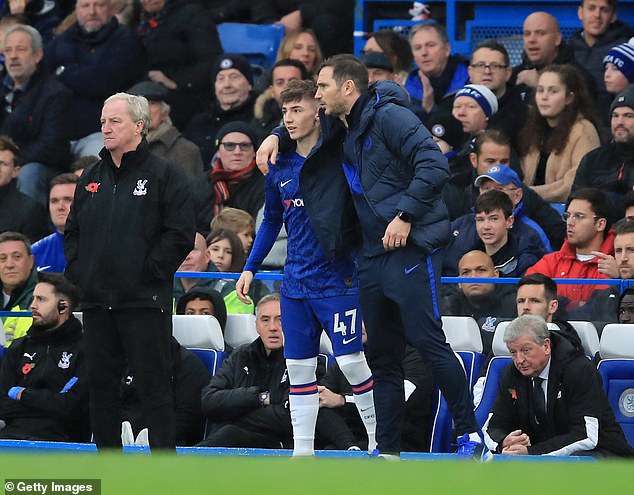 Billy Gilmour and Lampard could be reunited at Everton next season 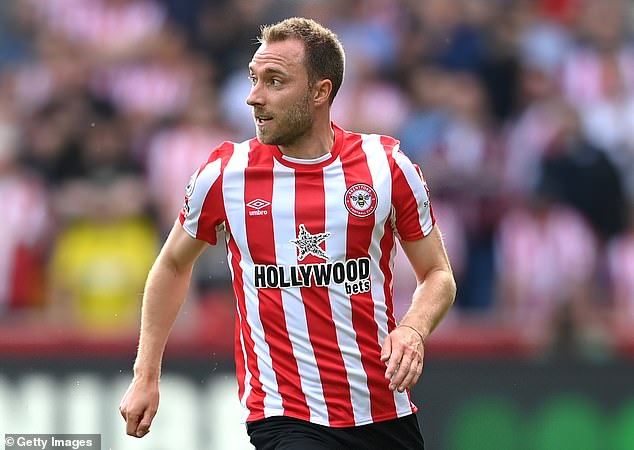 Everton also like Christian Eriksen, but he is linked with a move to Manchester United

However, Lampard handed Gilmour his Premier League debut at Stamford Bridge and has managed to get the best out of him before.

Everton are also keen on Christian Eriksen and Oleksandr Zinchenko, who wants to play in midfield moving forward.

Eriksen has been linked with Manchester United, though, and Chelsea have spoken to Manchester City about Zinchenko’s availability, indicating that deals for these players appear unlikely at the moment.

The Merseyside club could allow Allan and Andre Gomes to move on this summer, leaving Abdoulaye Doucoure to potentially play alongside Gallagher and Gilmour.

Richarlison has already left, and he might not be the only attacking player to depart this summer.

Moise Kean has spent the last two seasons on loan at PSG and Juventus respectively, and it would not be a surprise to see him leave for good in the coming months.

Academy product Anthony Gordon has also been attracting plenty of interest, but Everton are keen to keep him. 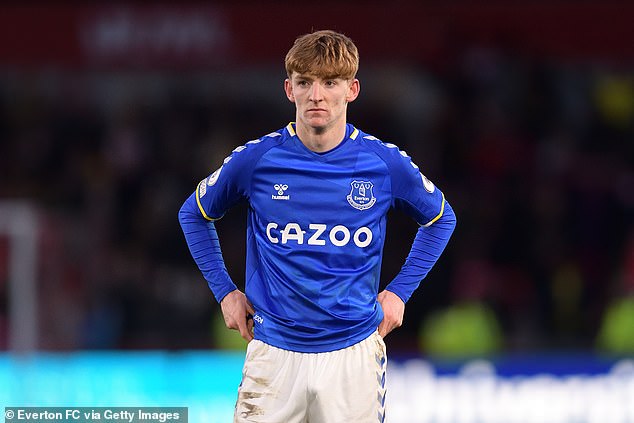 Anthony Gordon is wanted by rival clubs, but Everton are keen to keep the talented winger

Having lost Richarlison, it would be disastrous if Gordon followed him out the exit door, and given his fondness for the club, the talented winger should stay to take his place on the left wing next season.

On the right wing, Jesse Lingard has emerged as a potential option. The ex-United man, who is also capable of playing centrally or on the left, has been linked with a return to West Ham, but their offer has fallen short of expectations, opening the door for Everton to make their move. 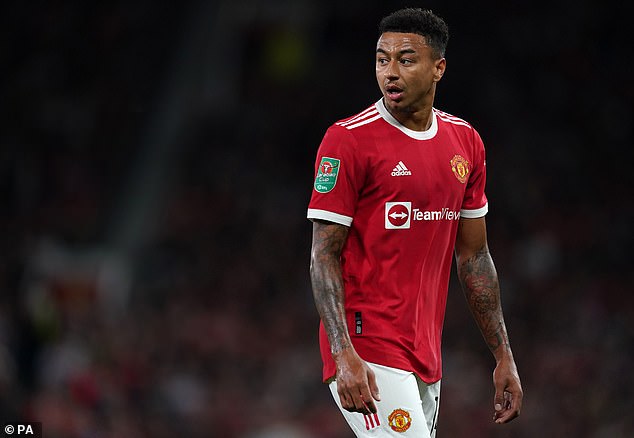 Everton have registered an interest in Jesse Lingard, who is currently a free agent

Bergwijn wants to return to his homeland to join Ajax, though, while Brentford have already submitted a £20m bid for Keane-Potter, and Johnson is close to signing a new deal at Nottingham Forest.

When it comes to the lone striker role, this is still very much up in the air, as things stand.

The idea of signing Andrea Belotti has been floated around, with the forward now a free agent after failing to sign a new contract at Torino. 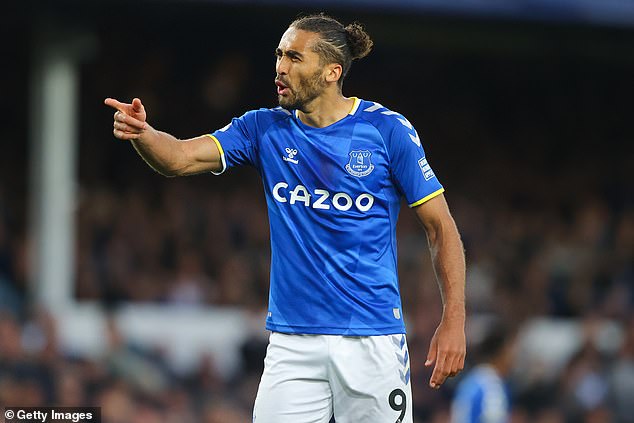 Lampard is also interested in yet another Chelsea player in the shape of Armando Broja, but he has been linked with West Ham, while Thomas Tuchel could also view him as part of his plans in west London.

This leaves the possibility of Everton sticking with Dominic Calvert-Lewin. The 25-year-old is open to a move away from the club, but there are limited options for him right now, and selling him in the same window as Richarlison would no go down well with supporters.

Therefore, Everton will probably keep hold of him, and hope that his fitness problems from last season are behind him. 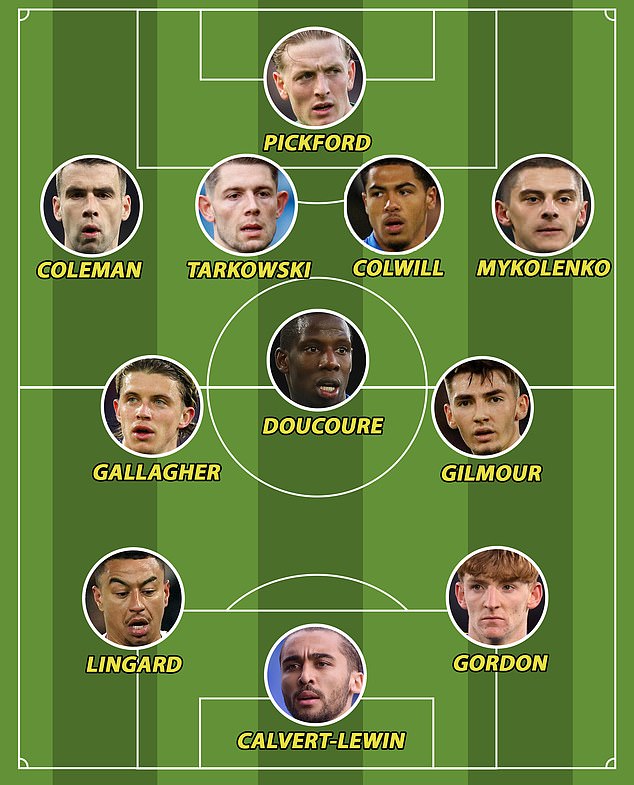