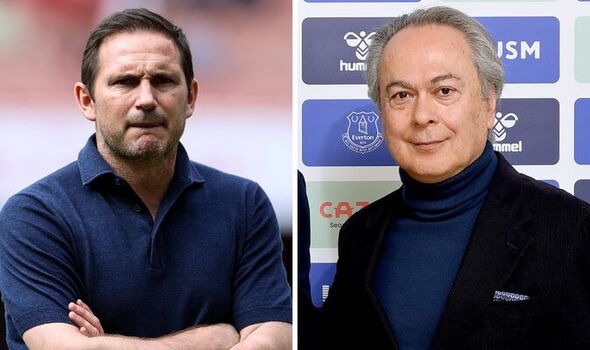 Everton boss Frank Lampard is keen to bolster his defensive options and Rodrigo Becao is supposedly a target club officials want to help meet their manager’s demands. When Lampard took over from Rafa Benitez in January, the former England international was tasked with moving Everton away from the relegation zone.

But results failed to improve with Everton dragged closer to the drop zone heading into the final few weeks of the season. Back-to-back wins over Chelsea and Leicester helped put them in a position to secure their own fate and Everton finally secured Premier League football for another season in their penultimate game against Crystal Palace.

Now attention will be on the summer transfer window and giving Lampard the resources to build a team capable of climbing up the table. Major changes are expected with both Richarlison and Dominic Calvert-Lewin facing uncertain futures.

If either forward leaves, Lampard will want the money used from their sales to be reinvested in the squad. But the former Chelsea midfielder will also be expecting to be backed in the market to start building his own team.

JUST IN: Everton board risking repeat of past transfer troubles by dwelling

Bolstering his defensive options appear to be a top priority with James Tarkowski strongly linked with a move to Goodison Park. And the 29-year-old could well be joined by Udinese star Becao, according to Gazzetta dello Sport.

The central defender has impressed in Serie A and wore the captain’s armband on several occasions last year. He is said to be ‘very popular’ with Everton’s transfer officials with Udinese valuing the defender at £17million.

There may be some caution from Everton’s side though given his disciplinary record in Italy. Becao picked up 10 yellow cards in Serie A last season with only seven more players being cautioned more times.

But Lampard appears to want a reshuffle in defence ahead of next season after Everton shipped in 66 goals last term. Becao still has two years remaining on his current contract, but his agent was reportedly in Udine recently to hold discussions on his client’s future.

Everton aren’t alone in showing an interest in the Brazilian, with Antonio Conte also supposedly keen on the defender.