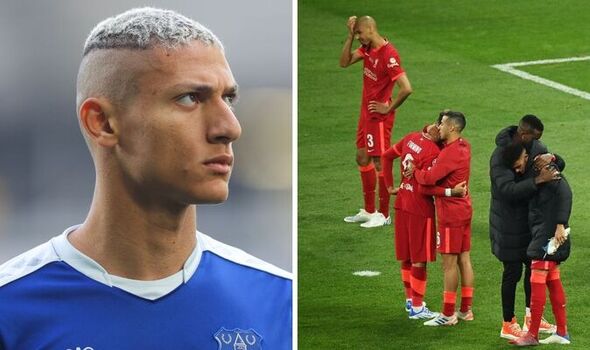 Everton forward Richarlison wasted no time in poking fun at Liverpool after their Champions League final defeat at the hands of Real Madrid on Saturday evening. The Reds dominated proceedings in Paris for large parts of the match but failed to make the most of their first-half advantage and were eventually undone by Vinicius Junior’s match-winning goal shortly after half-time.

Liverpool’s players were understandably devastated after the full-time whistle at the Stade de France but Richarlison showed no mercy as he posted a mock-up of him behind the wheel of a coach to his Twitter account in the immediate aftermath of the match. The photo appeared to be in reference to a rumour on social media claiming that a group of Everton fans had created a fake travel company to trick match-going Liverpool fans into booking a coach that never showed up to take them to Paris earlier this week.

Richarlison’s post went down well with many Evertonians but sparked angry reactions from a number of Liverpool supporters, who were still reeling from the result in the French capital. The Reds huffed and puffed over the course of the 90 minutes but were ultimately forced to leave empty-handed in spite of their best efforts, with Real Madrid holding on to clinch an unprecedented 14th continental triumph at their expense.