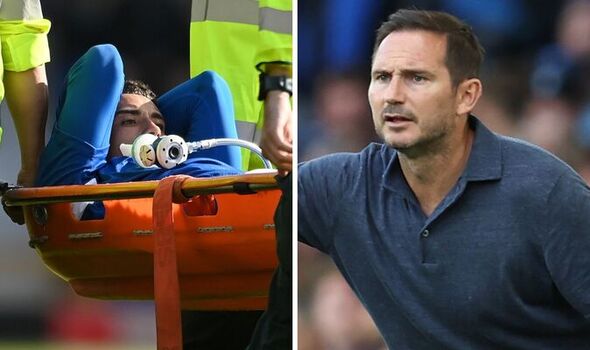 Everton are reportedly closing in on an agreement to sign Conor Coady from Wolves as Frank Lampard contends with an injury crisis following their Premier League opener against Chelsea. Lampard opted to go with three central defenders in Everton’s first game of the season against Chelsea to try and stem their opponent’s attacking threat.

Ben Godfrey, Yerry Mina and James Tarkowski were the central defenders with Nathan Patterson and Vitaliy Mykolenko as the wing-backs. But Lampard was immediately forced to change things in defence in the opening 18 minutes when Godfrey suffered an horrendous injury.

More bad news was to come midway through the second half when Mina also went off with a knock. It leaves Lampard short of options for the coming weeks with Godfrey expected to miss a large chunk of the season.

However, Everton look set to solve the injury crisis in the coming days with the signing of Coady. The Wolves captain was left on the bench for their opening game against Leeds and reportedly wants to leave. 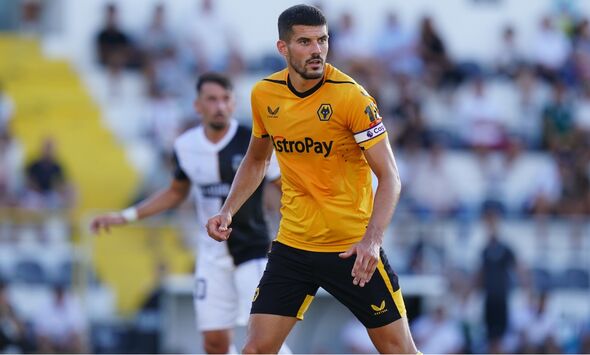 West Ham have shown interest in Coady, but the Daily Mail claim Everton are closest to completing a deal. It is said that an initial fee worth around £12million ‘has been mooted’ and a deal could be completed as early as this week.

That could see Coady join in time to be registered for Everton’s next match away at Aston Villa on Saturday. Coady has enjoyed plenty of success playing in a back three, but Bruno Lage’s change of formation to a back four has seen the England international lose his place.

And the Wolves head coach admitted this week that he was unsure whether the club would keep Coady before the transfer window closes. Lage said: “I really don’t know. What I know is I will respect him as always. I need to understand what is best for him.

“It’s not just about the World Cup, the players always want to play. Coady, and all the players since the first day, are focused and trying to improve to play in the line of four.