“Historically, it could be a big night for us,” said Frank Lampard. Yet Everton hope it won’t be. Goodison Park has had an unbroken run of top-flight fixtures, dating back 68 years. Everton’s last 1,367 home league matches have been in either the old Division 1 or the Premier League.

And game 1,368 has a potential finality. Lose or draw against Crystal Palace, coupled with an unfavourable result at Arsenal on Sunday and the right results for Leeds and Burnley, and Everton’s stay in the elite will end. Goodison’s next fixture could be in the Championship.

“The situation we are in is absolutely pivotal to the future of the club in the short-term. We need to stay in the league,” Lampard said.

If it assumes an importance in the context of his career, there is a wider significance. With a new stadium being built, with losses of over £370million in the last three financial years, with a sizeable wage bill and without Alisher Usmanov – the funder and business partner of owner Farhad Moshiri, who has been sanctioned for his links to Vladimir Putin – Everton have multiple reasons why relegation would come at a cost. The sense is that, if they can just get through this, better times may lie ahead, but they are a club at a crossroads.

“It will be a big thing to consider at the end of the season, how we try to make the club improve so we don’t have that situation again,” said Lampard, “where we can just pull together in the same direction but not with the stress of where we are at at the moment.” 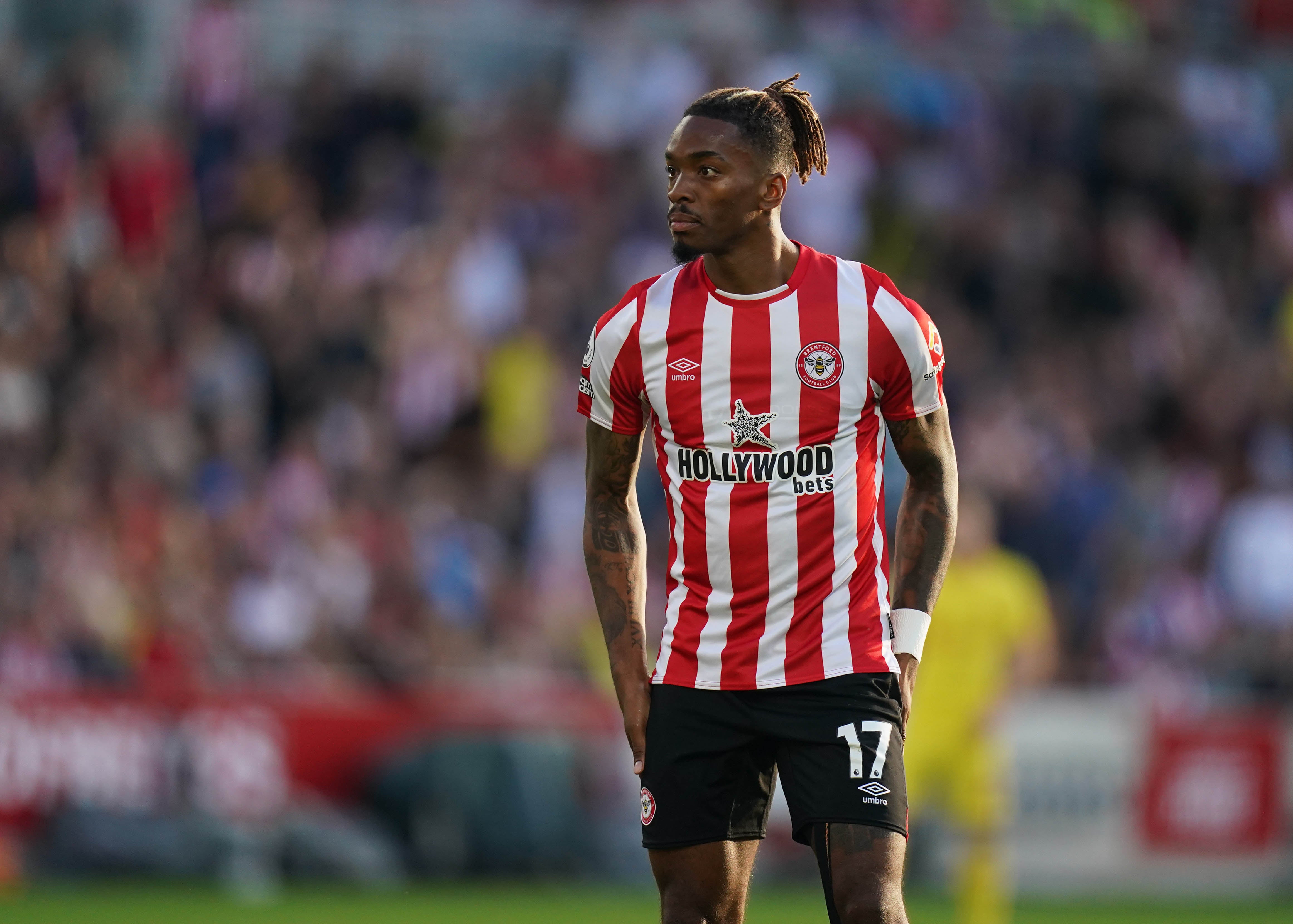 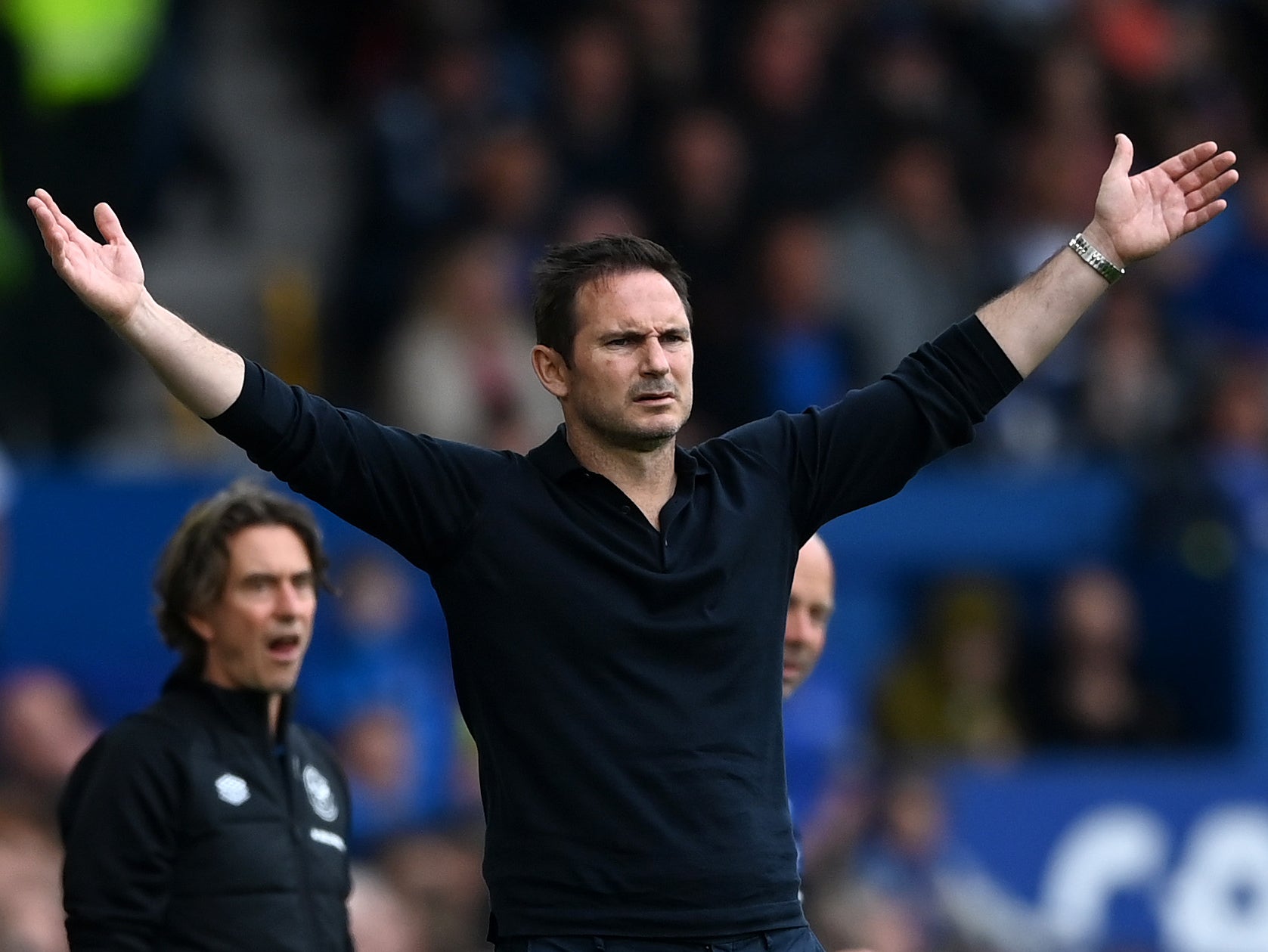 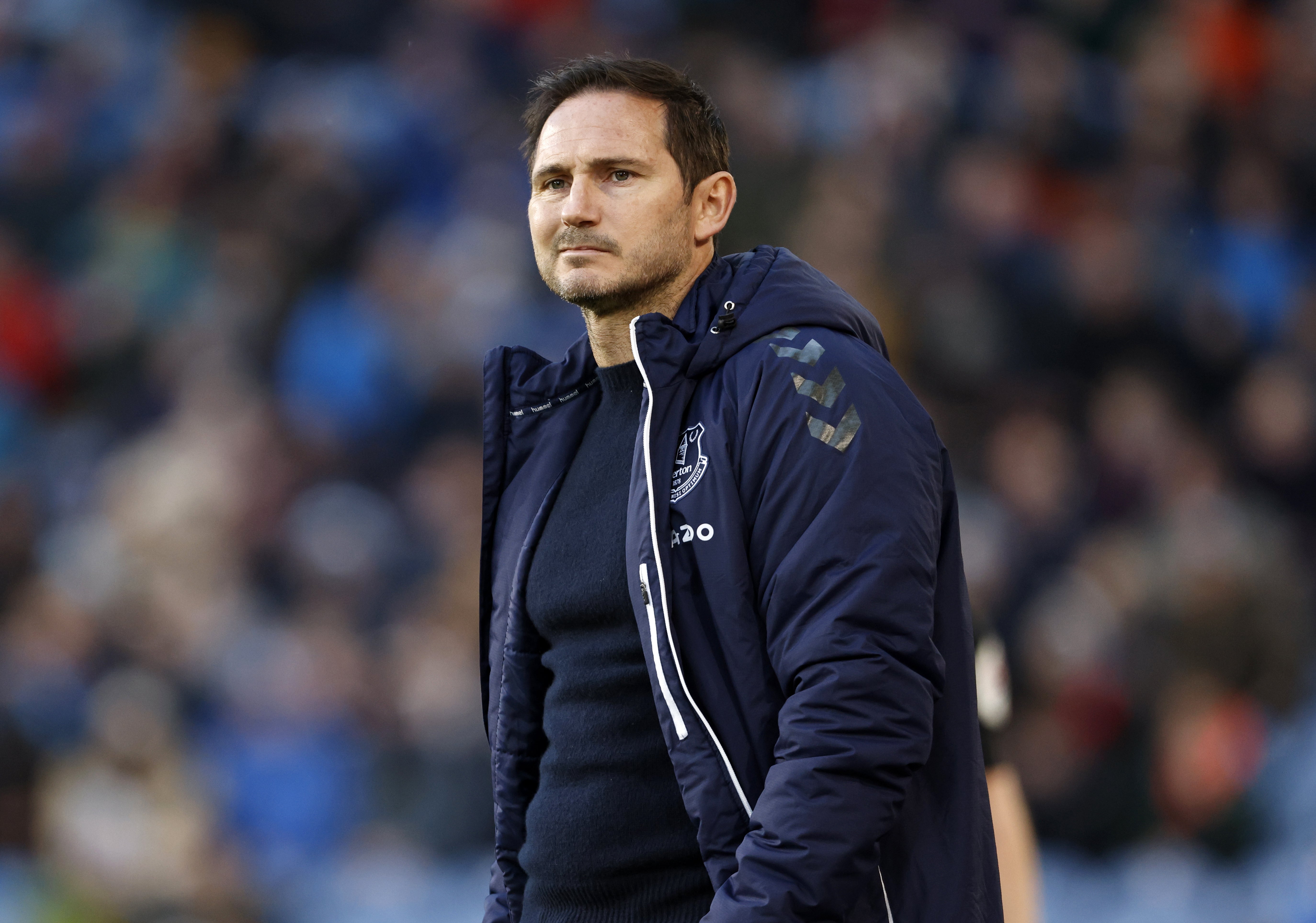 He is accustomed to pressure. He has 20 years’ experience of defining games in April and May. The difference is that in the past, he invariably had something to gain – often silverware, sometimes Champions League qualification, even promotion with Derby – and now he has plenty to lose. “Different pressure,” Lampard reflected. “There are similarities all the time because of the expectation, the expectation you put on yourself. At the same time, at this point you have to understand what it means to the club, to the fans.

“The pressure has been there for me pretty constantly during my time at the club because of the situation. In terms of more tense? No, the usual, I’m used to this now. I played a lot of times in a long career but managing is different, that was very evident to me very early on.

“And if I reflect quickly on my managerial career: Derby was a great year for me, we had the tension of trying to get into the play-offs and then to get to the final; similar to running into the Champions League qualification for fourth place with Chelsea, [that] was never a given until the last day, so I’m used to that feeling.”

But he was not accustomed to relegation battles and Everton have contrived to remain in this. Five points adrift of 17th place before they kicked off against Lampard’s former employers, their wins against Chelsea and Leicester then seemed transformative. They could secure their Premier League status against Palace. But they could have done on Sunday against Brentford, and lost. They could have taken a giant stride towards safety at Watford, but only drew with a hopeless team. Just when it felt they had turned a corner, they may have reversed back into it.

Everton nevertheless still have a healthy 11 points from seven games. They started the season with 14 from seven. The problem is that the 22 in the middle produced just 11. Lampard walked into a club plummeting down the table and, initially, that downward journey continued. 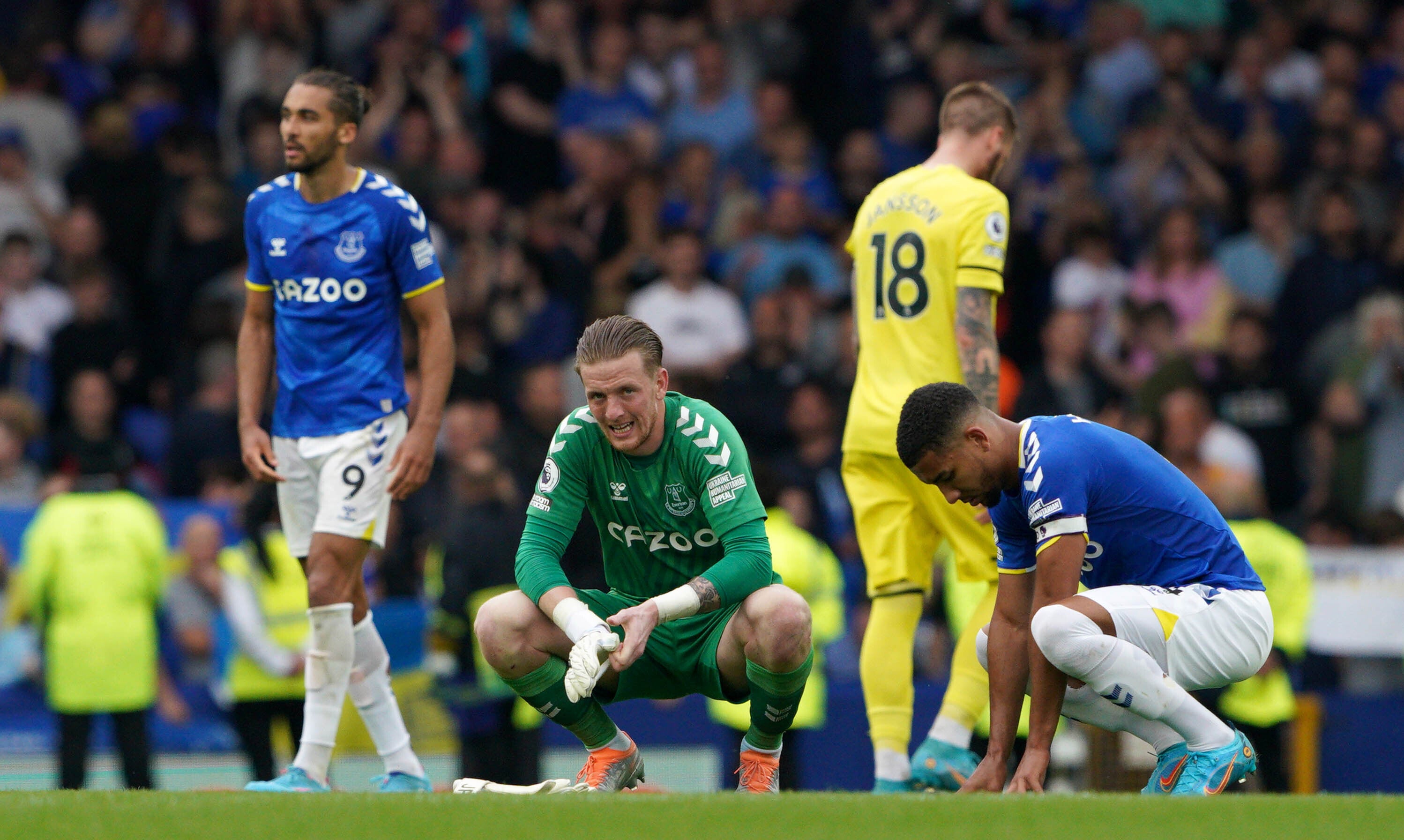 That subsequent revival seems fuelled from the terraces, from extraordinary atmospheres. Everton’s supporters have rallied behind an underachieving group and a manager who was an outsider to the club. The last home game at Goodison promises to be another memorable occasion.

“At the end of January I knew we were coming into a bad run of form, they had one win in 14 games, so it was obvious that confidence was low and I don’t just mean on the playing staff, I also mean in the club and the supporters, so I understood the nervousness,” Lampard said. 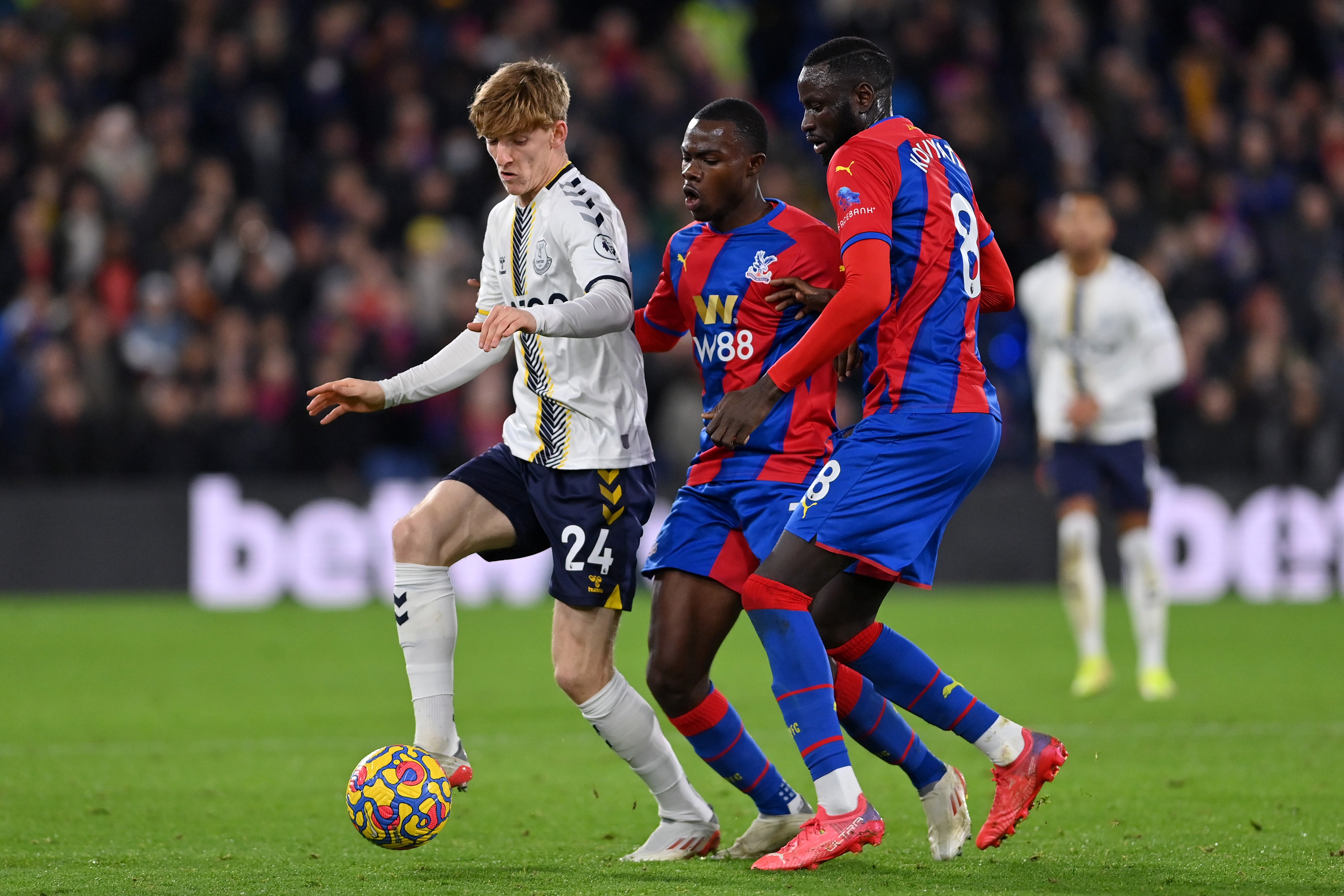 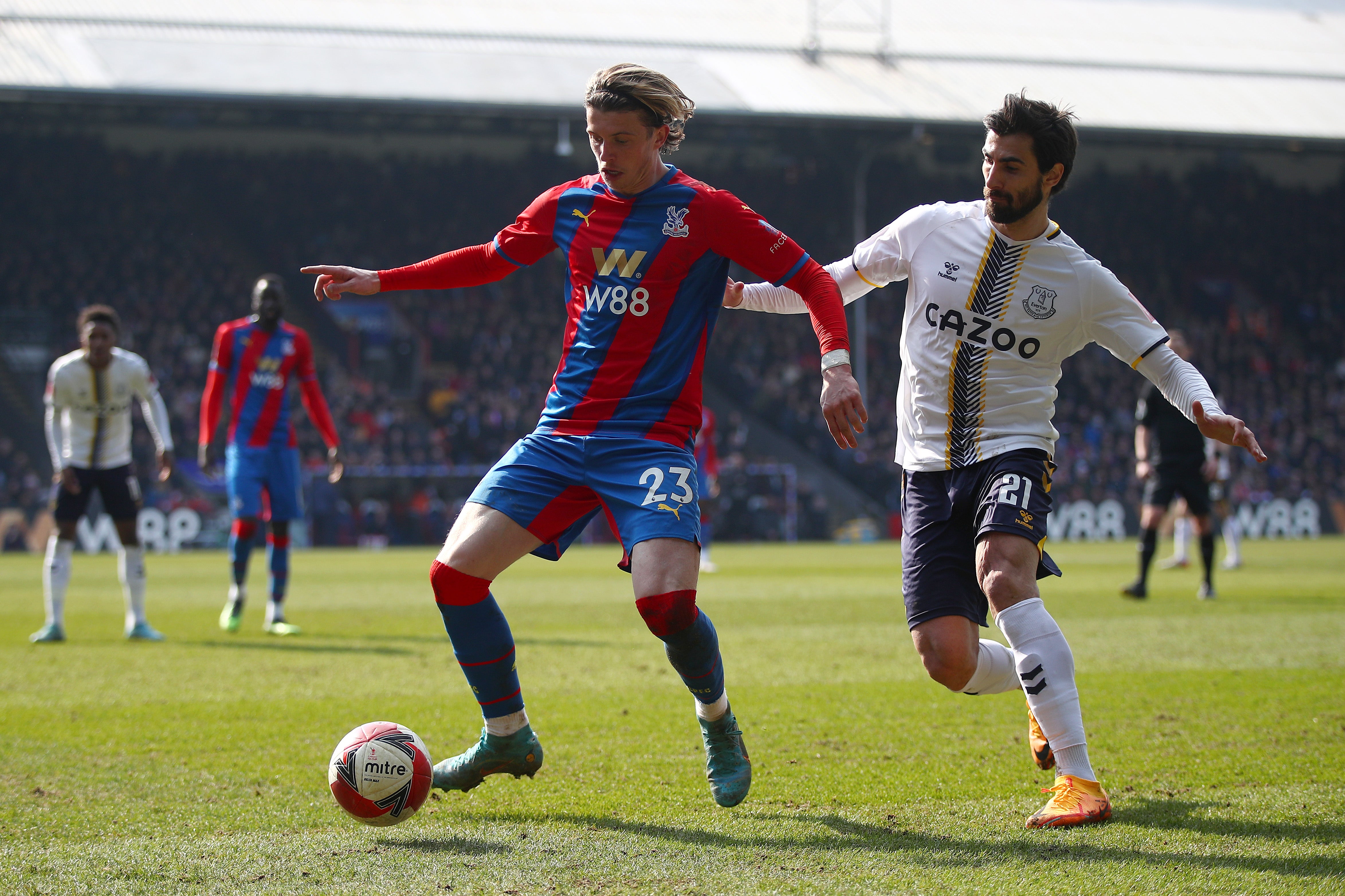 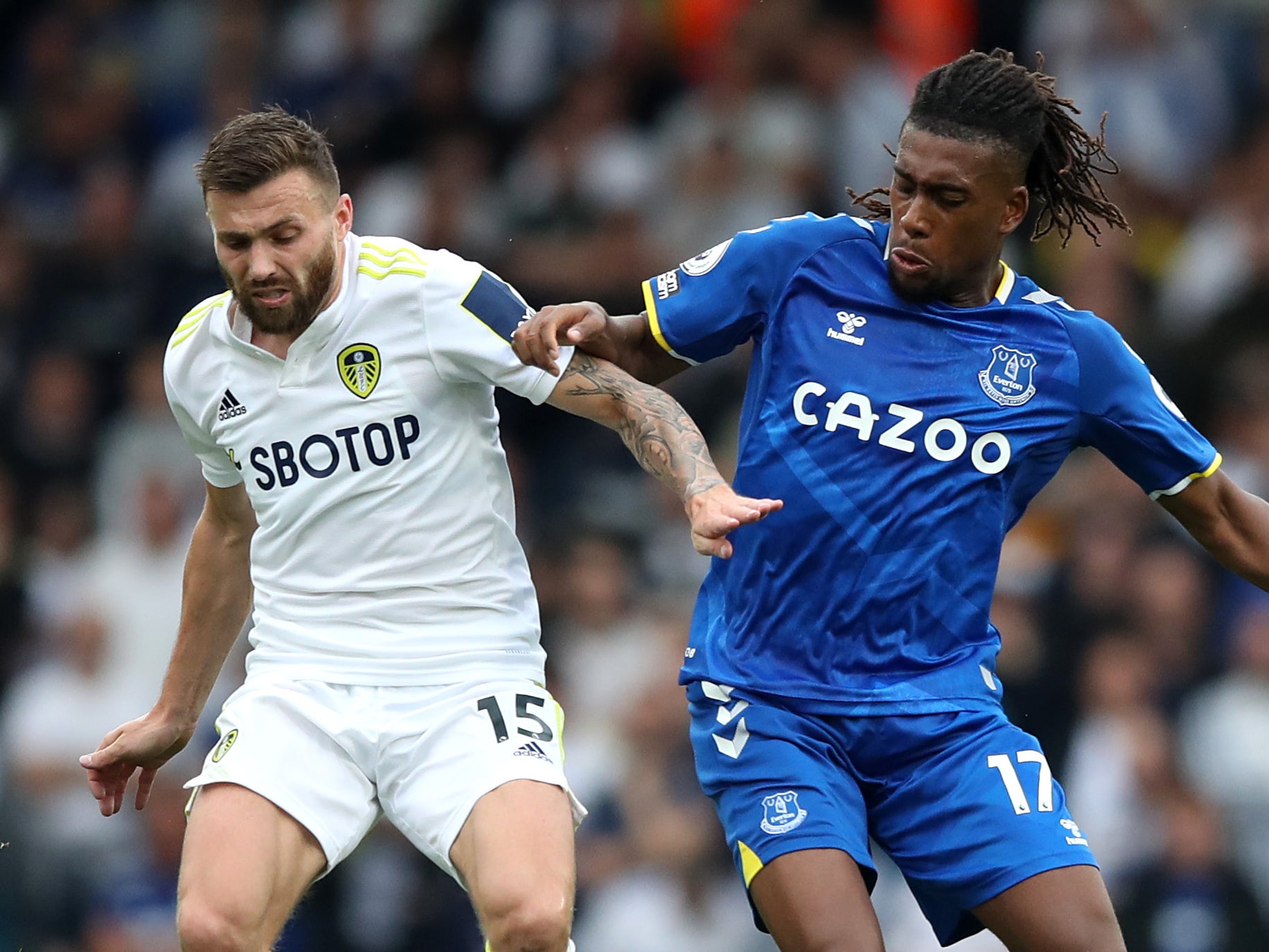 “And I think what has been an amazing point in the season is that the fans have really dug in and pushed the team and helped, and we have shown what a powerful force that can be. Football is about moments, and the opportunity for the players, the staff and the fans to come together and share an moment that means a lot to the club. And we shouldn’t understate that. It won’t be cause for huge celebrations if we get the right result.”

He was both right and wrong in that. Avoiding relegation is not something Everton have needed to celebrate often over those 68 years. Now, however, it would surely provoke euphoric scenes.