Report as Everton come out victorious in memorable FA Cup classic; Calvert-Lewin, Richarlison (2), Sigurdsson and Bernard score, with final goal coming in extra-time; Spurs had been 1-0 up, 3-1 down, and levelled at 4-4 to force extra 30 minutes; Everton looking for first trophy since 1995 Everton came out on top in a nine-goal FA Cup classic against Tottenham to reach the quarter-final with a thrilling and chaotic 5-4 extra-time victory.

In a chaotic first half, Davinson Sanchez gave Spurs the lead with a header (3), but Everton hit back with three goals in seven minutes. First, Dominic Calvert-Lewin’s fierce shot was parried into his own net by Hugo Lloris, who should have done better (36), before Richarlison’s low effort found the bottom left corner from 20 yards (38).

Gylfi Sigurdsson converted from the spot (43) after Pierre-Emile Hojbjerg had unintentionally clipped Calvert-Lewin, but Spurs were back in it on the stroke of half-time through Erik Lamela’s deft finish from an angle (45+3).

The drama didn’t stop in the second half as Sanchez got his second to level at close range (57), Richarlison then edged Everton ahead with another finish from a tight angle past Lloris (68), but sub Harry Kane levelled with a header from a wicked Son cross (83).

And Bernard, who was close to leaving the club in January, grabbed the winner for Everton with a brilliant half-volley from Sigurdsson’s expert pass in extra-time (97).

Everton, who have reached the quarter-finals for the first time in five years, will find out who they face in the last eight in Thursday evening’s draw, while a Jose Mourinho side conceded five goals for the first time since January 2015, when his Chelsea side were beaten 5-3 by Tottenham.

Man of the match: Gylfi Sigurdsson

How Everton came out on top in game for the ages

Despite winning the FA Cup 13 times between them, Spurs (13 years) and Everton (26 years) had long been starved of a trophy of any kind in recent years, putting extra importance on this fifth-round tie.

Tottenham left Kane on the bench, and the decision looked vindicated in the first half-hour as they showed most of the attacking intent. Lucas Moura flashed a rebound over the bar within 90 seconds, but Spurs took the lead shortly after as Sanchez rose highest from a Son corner to glance past Robin Olsen. Calvert-Lewin saw a shot deflect off Ben Davies and onto the post, but Spurs were on top as Son, Lamela and Steven Bergwijn all tested Olsen.

But three goals in seven minutes stunned Spurs. First, Hojbjerg’s sloppy play in possession gave Everton a glimmer, and they capitalised as Sigurdsson’s clever flick was smashed goalwards by Calvert-Lewin on the half volley. Though the effort was fierce, Lloris should have held the ball as he parried it into his own goal. 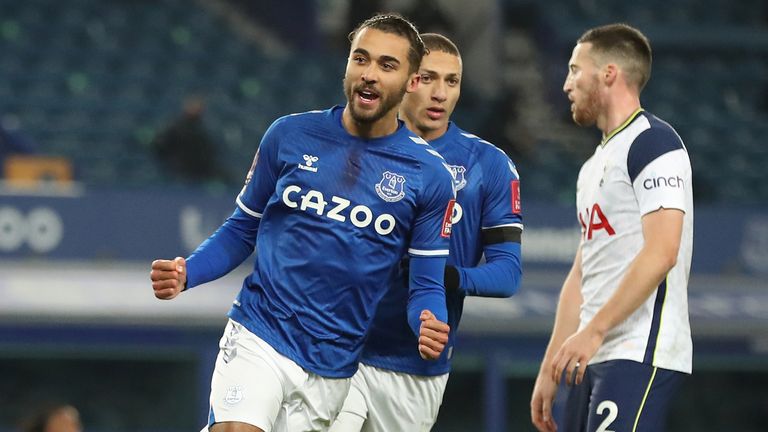 The second was a purer hit as Calvert-Lewin turned provider, feeding Richarlison on the edge with a clever pass, and his low shot from 20 yards went through the legs of Toby Alderweireld and into the bottom left corner.

Spurs were collapsing and Everton feasted again; Sigurdsson’s slipped ball into the box was intended for Calvert-Lewin, but he was unintentionally clipped by Hojbjerg, and after a quick VAR check, David Coote’s penalty award stood. Sigurdsson then calmly rolled down the middle for 3-1. But Spurs showed no sign of shell shock and instead took advantage of some sleepy Everton defending with the last kick of the first half, as Son fed the ball to the left of the box for Lamela, who dinked over Olsen from an angle to halve the deficit.

It didn’t take long for Spurs to introduce Kane in the second half, replacing Bergwijn after just eight minutes, while Calvert-Lewin was replaced by Seamus Coleman for Everton due to a minor injury.

Spurs levelled shortly after as Olsen parried away Alderweireld’s header from another Son corner, with Sanchez waiting a few yards out to hook the rebound home. 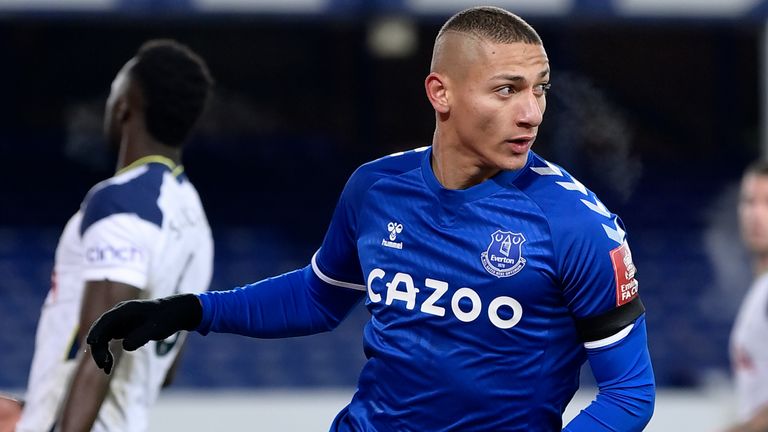 Everton reacted well and edged ahead just 11 minutes later as Sigurdsson fed Richarlison in the box, and his effort from a tight angle found the far corner, despite Lloris again getting a touch to it. Spurs wanted a foul from Alex Iwobi on Tanguy Ndombele in the build-up, but VAR deemed it fair.

But there was another twist in store as sub Kane made an impact, heading home at the far post from Son’s brilliant delivery from the left with seven minutes remaining, sending the game into extra-time. In the extra period, Kane nearly got his second after wriggling free, but his weak effort was parried away by Olsen, and Everton won it through Bernard, whose proposed move to Al Nasr fell through before the February 1 deadline.

Initially receiving the ball from the Brazilian, Sigurdsson got out the pitching wedge, lifting a sublime ball over the Spurs defence into Bernard’s path, and he smashed a brilliant half-volley past Lloris from what looked like a difficult angle.

James Rodriguez didn’t pass his late fitness test, meaning he missed out in one of three Everton changes. Ben Godfrey came in for Mason Holgate and Andre Gomes missed out completely, with Gylfi Sigurdsson and Alex Iwobi also coming in.

Harry Kane was on the bench for Spurs, with Steven Bergwijn coming into the attack. In the only other change, Serge Aurier was replaced by Matt Doherty, while Dele Alli was also back on the bench, but Gareth Bale didn’t make the squad.

The game was still open thereafter as Spurs pushed for another equaliser, but the hosts just held on to edge one of the all-time FA Cup classics.

With Mourinho brought to Spurs with the objective of winning a first trophy since 2008, their chances this season now lie with the EFL Cup final against Manchester City in April, along with the Europa League. But after a wretched run of form in cup competitions in recent years, fortune favoured Carlo Ancelotti’s Everton as they look for a first piece of silverware since 1995.

“I thought it was going to be a chess match between Mourinho and Ancelotti. The manner it’s been played in has been quite incredible.

“It could have gone either way but Everton have really dug deep. Carlo Ancelotti will be delighted with the character and quality his side have shown.

“It was the most extraordinary cup tie I’ve seen for a long time but Everton deserve it. They’ve worked so, so hard.

“Tottenham have the Carabao Cup final to look forward to but I think was important for both teams. In the cold light of day, Jose will think this was an opportunity missed.”

The FA Cup schedule has been confirmed, with the final set to take place at Wembley on Saturday, May 15.

There will be no replays this season to help ease fixture congestion.

The draw for the quarter-final will take place on Thursday evening, ahead of the final fifth-round tie of the week between Barnsley and Chelsea.

Everton now host Fulham in the Premier League on Sunday at 7pm, before hosting leaders Manchester City on February 17 at 8.15pm.

Tottenham now go to Manchester City on Saturday Night Football at 5.30pm, live on Sky Sports Premier League, before going to Austrian side Wolfsberger in the Europa League round of 32 first leg on Thursday at 5.55pm.