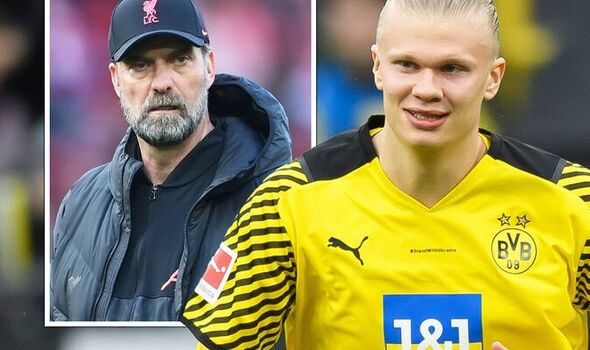 Football’s worst-kept secret appears set to finally become public knowledge as Borussia Dortmund prodigy Erling Haaland closes in on a massive move to Premier League champions Manchester City. Despite facing competition from the likes of Real Madrid, City’s financial might looks like it will eventually win out, with reports claiming they are on the verge of activating Haaland’s £51m release clause and agreeing to pay a staggering £500,000-per-week salary to the 21-year-old Norwegian.

City splashing out the big bucks on exciting signings is hardly new – they have spent over £1bn on eyewatering transfer fees since the takeover of Sheikh Mansour back in 2008. Nevertheless, there is something about this deal that seems particularly significant – and it can only spell bad news for the rest of the Premier League.

To state the obvious, Haaland is a monster; a machine; like something made in a lab. His 85 goals in 88 games for Dortmund is a simply farcical record, and the fact that he has produced in the Champions League as well as the Bundesliga puts paid to the idea that he is benefitting from facing weaker opposition.

Of course, it may take him a little while to settle into the pace and blood and thunder of the Premier League. But being honest, not even the most anti-City critics seem to have any doubt that Haaland will, sooner or later, take the division by storm – he is simply that good.

To add to that, you don’t need to be a tactical genius to work out that Haaland is exactly what City need to improve on their already phenomenal level. The likes of Kevin De Bruyne, Bernardo Silva and Phil Foden create a glutton of chances every game, yet since Sergio Aguero’s departure Pep Guardiola has never had that world-class striker to finish them off on a regular basis (he was quite clearly left peeved that a pursuit of Harry Kane last summer did not wield any success).

Haaland is the closest thing to a guarantee of goals that can be bought at the moment, and adding another 30 or so to the 89 that City have already netted in the current campaign is almost unthinkable – and a horrifying prospect for City’s closest rivals, Liverpool.

Given their relative lack of resources, the Reds have done phenomenally well to keep up with and consistently challenge City over the last few years. Their intelligent recruitment and smart actions off the pitch should be applauded, and the brilliant Jurgen Klopp’s hunger for success seems as high as ever given his recent contract extension.

Yet even the greatest Liverpool side in living memory will struggle to match a City with Haaland leading the line. And while the move will be celebrated at the Etihad, it sets a worrying precedent for the future competitiveness of our top flight.

The Premier League has always enjoyed marketing itself as the most competitive of the major ones in Europe, and takes an almost condescending superiority as it sneers at the likes of the Bundesliga (won ten years in a row by Bayern Munich) and Ligue 1 (won in eight of the last ten seasons by PSG).

But with City looking likely to win their fourth title in the last five years, our division is looking dangerously close to becoming one becoming totally dominated by one side – and Haaland’s arrival will certainly not help that. Maybe, just maybe, the time may have come for the powers-that-be to take a good look at the disparity of wealth between the 20 teams in the league.

Then again, don’t hold your breath.