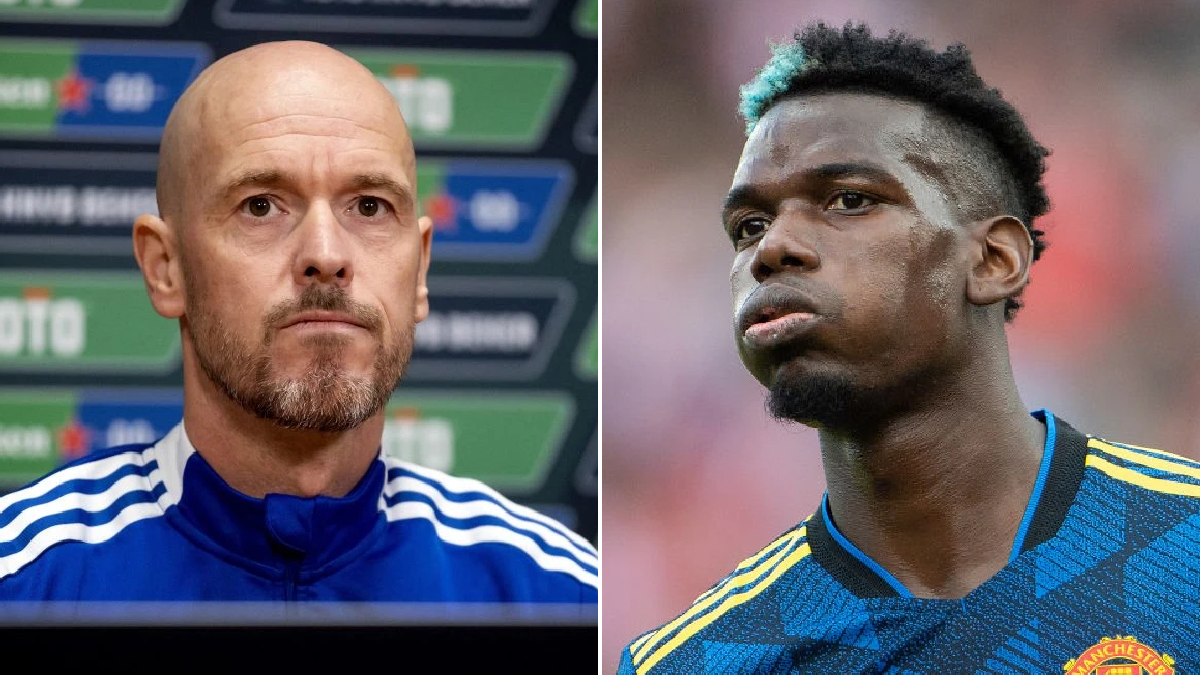 Erik ten Hag has already identified his No.1 target to replace Paul Pogba following confirmation that the France international is set to leave Manchester United in the summer.

Pogba’s contract expires at the end of the season and with talks over a new deal having hit the buffers, the 28-year-old is set to leave on a free and bring an end to his tumultuous five-year stint at Old Trafford.

Pogba effectively made his final appearance for the club on Tuesday evening after he limped off just 10 minutes into his side’s defeat at Liverpool.

The injury is almost certain to end his season prematurely and interim United manager Ralf Rangnick confessed on Friday that it was difficult to see the former Juventus star playing for United again.

‘He was like quite a few other players struggling to get his best performance sustainably on the pitch for a team like Man United.

‘This has not only been the case this season or in the past couple of weeks. As far as I remember, it was also the case in earlier years.’

Incoming United manager Erik ten Hag, whose appointment was confirmed on Thursday, is unlikely to be overly concerned by Pogba’s impending departure and has already identified his replacement, according to Sport, in Frenkie de Jong.

The Netherlands international was the jewel in the crown of Ten Hag’s Ajax side which reached the 2019 Champions League semi-finals but his £67million move to Barcelona hasn’t worked out as planned.

De Jong has failed to win the full trust of new Barcelona manager Xavi and with youngsters Pedri and Gavi at the heart of a new-look side, the Catalan giants could look to recoup a large chunk of the money they invested in the 24-year-old.

United’s midfield is in need of a total overhaul with Nemanja Matic set to depart along with the likes of Juan Mata and Jesse Lingard.

Fred and Scott McTominay, meanwhile, are not certain to feature in Ten Hag’s plans but De Jong’s former Ajax teamamte, Donny van de Beek, is likely to be given a chance to resurrect his United career once his loan spell at Everton finishes at the end of the season.