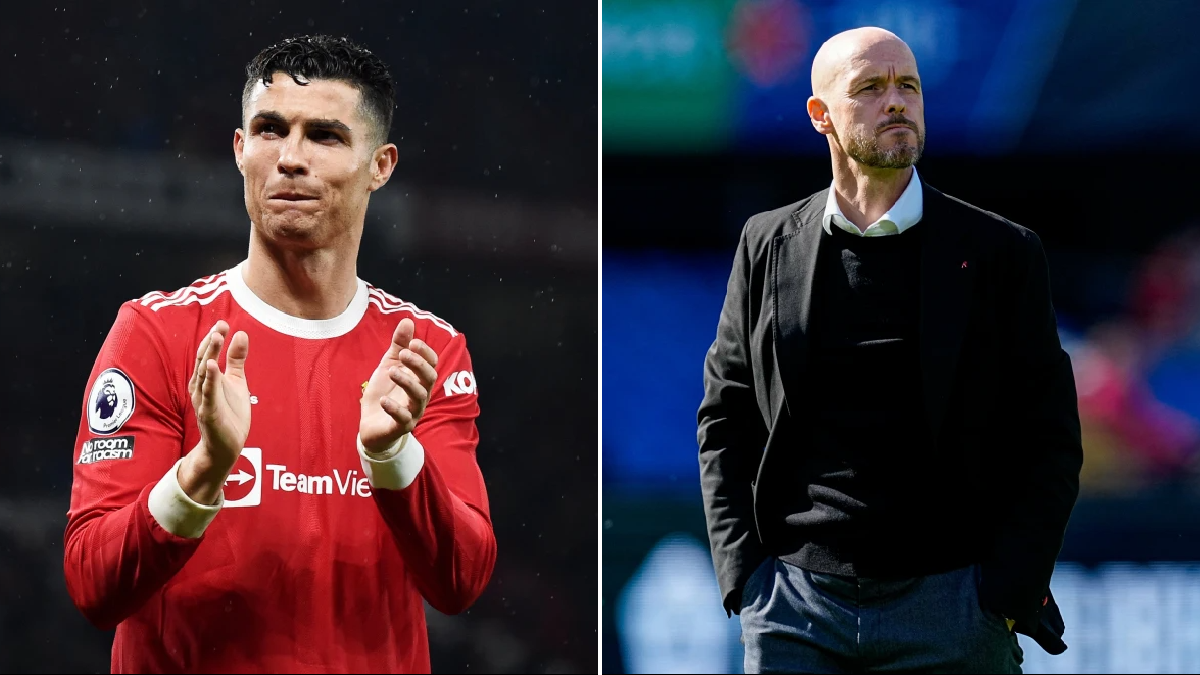 Erik ten Hag says he cannot wait to work alongside the ‘magnificent’ Cristiano Ronaldo at Manchester United next season.

As many as 10 players are expected to leave Old Trafford this summer with ten Hag to oversee wholesale changes to the squad.

Ronaldo’s future has been the subject of much speculation ahead of the Dutchman’s arrival. The 37-year-old has one year left on his current contract but with United failing to qualify for next season’s Champions League, doubts remain over whether he will remain in Manchester beyond the summer.

Ten Hag however has once again suggested Ronaldo will be a key player for him next season.

Speaking in his final interview with Ajax as their manager, ten Hag recalled a touchline conversation with the Portuguese during a Champions League clash against Real Madrid in 2019.

Ronaldo meanwhile has welcomed the changes ten Hag is expected to ring in and believes the club will once again challenge for titles next season with the Dutchman at the helm.

‘I know that he has done a fantastic job at Ajax, and that he is an experienced coach, but we have to give him time,’ Ronaldo told United’s official website.

‘Things must change the way he wants.

‘If he does well, all of Manchester United will be successful, so I wish him well. We are all happy and excited [about his arrival], not only as players, but as fans as well.

‘We have to believe that next year we can win titles.’