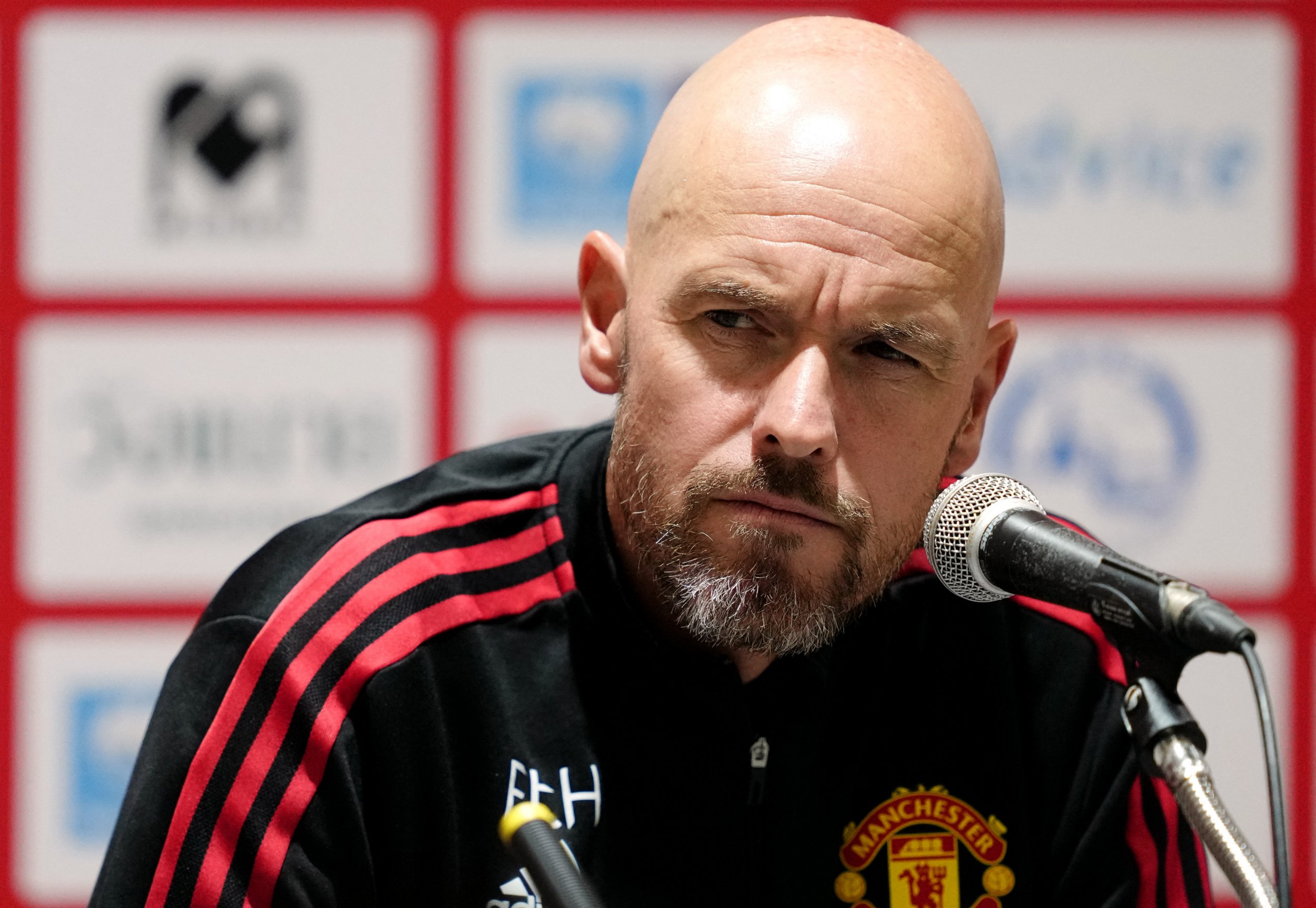 That’s according to former Liverpool star Danny Murphy, who believes Ten Hag will live to regret standing by Maguire as skipper.

Ten Hag announced during a press conference in Bangkok yesterday that the England defender will remain club captain next season, despite speculation that the Dutchman would appoint a new skipper.

‘Of course I have to get to know all of the players and that takes time, but he is an established captain.

‘Over the years he has achieved a lot of success and so I have no doubts about this issue.’

But Murphy says the decision to retain Maguire as skipper is Ten Hag’s first major mistake at the Theatre of Dreams, as the armband ‘drains’ the defender.

‘He thinks that’s the right thing to do, but I think he’s probably made a mistake. I think it was time for a change of captaincy and leadership at United,’ Murphy told TalkSPORT.

‘I’d give it to whoever he brings in who is big enough and brave enough to take it on.

‘I remember being at Liverpool when Paul Ince walked through the door, captain, bang. He changed the mentality in the dressing room straight away.

‘I wouldn’t have Harry Maguire as captain next season, but that doesn’t mean I would get rid of him. I think he’s a good player, I just think it’s too much for him, he’s struggled with it and his performances would improve if he didn’t have it.

‘As a player he is capable of more, and the best way to get that out of him is to take the captaincy from him.

‘Being the captain of Manchester United, that responsibility, is a burden and it’s drained him.

‘I wouldn’t take it off him as a kick up the backside, but for the benefit of the player.”

‘Manchester United is a massive club, the biggest in the world, and being captain there needs someone who is capable of dealing with that better.’