Manchester United have been forced to change their transfer strategy after missing out on Erik ten Hag’s top striker target Darwin Nunez. Their frustrations over the 22-year-old have been part of a problematic summer transfer window so far, with no signings through the door a day before pre-season training commences at Carrington.

United were expected to launch a pursuit of Nunez after sealing a deal for priority target Frenkie de Jong, over whom talks are advancing with the hope of completion before June 30. However, Liverpool stole a march on their bitter rivals and secured his services in an £85million transfer earlier this month.

United eyeing a new striker signing came as no surprise given the circumstances Ten Hag has inherited at Old Trafford. Edinson Cavani will leave as a free agent on July 1, Mason Greenwood remains suspended, doubts loom over Marcus Rashford and Anthony Martial’s form, and Cristiano Ronaldo turns 38 next season.

However, ESPN report Ten Hag and football director John Murtough have diverted their attention towards recruiting a more versatile forward rather than an all-out striker this summer. The fresh stance could see United launch a bid for Ajax winger Antony, who is understood to be interested in joining his former boss in England. 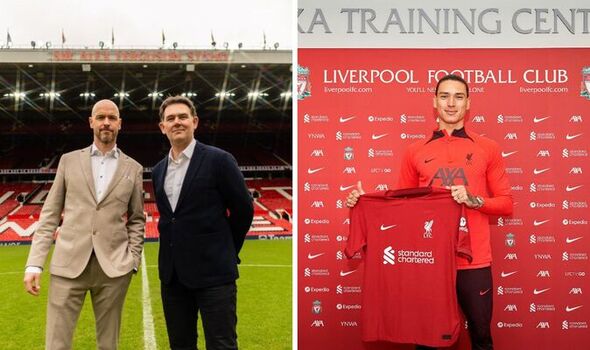 However, the report claims Ajax’s £69m asking price is proving difficult to navigate around, with Ten Hag and Murtough working on a tight budget due to the absence of Champions League football. United are set to pay the same fee for De Jong, which is considered to be a significant chunk of what they plan to spend all summer.

Therefore it’s unlikely the Red Devils will splash out another large sum on a single player while Ten Hag wants to bolster different areas of his squad. The Dutchman also wants to add a centre-back and a second midfielder to his ranks before the season starts. 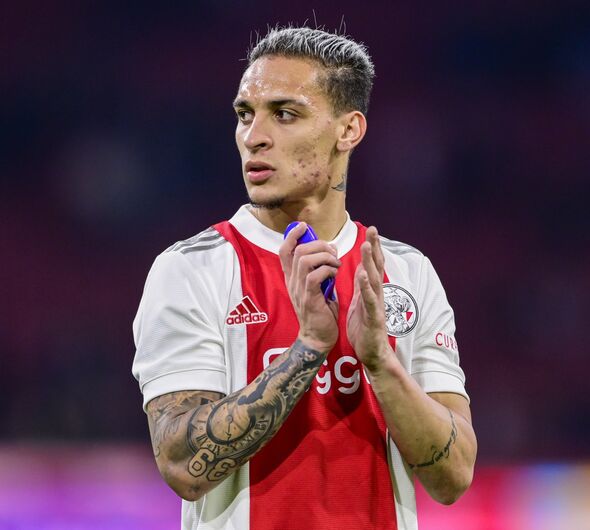 He is also keen to sign a full-back, but that will likely depend on sales. United want to offload Aaron Wan-Bissaka and are open to offers for Brandon Williams and Alex Telles.

Phil Jones, Eric Bailly and Axel Tuanzebe are also in the shop window to make room for a new central defender.