Gareth Southgate has said that not reaching the semi-finals of Euro 2020 would be a failure as England prepare for the first of their final two matches before the tournament. The Three Lions face Austria at the Riverside Stadium in Middlesbrough tonight, but will do so with a makeshift team.

The England boss has confirmed that Jesse Lingard will start, despite being cut from the squad which was downsized to a final 26 yesterday.

None of the seven players who featured in the Champions League final are likely to play a significant part. Nor will Harry Maguire and Jordan Henderson, who are still recovering from injuries.

England have reached the final four of their last two tournaments.

They were beaten by Croatia following a sensational run to the semi-finals at the 2018 World Cup.

A 3-1 defeat by the Netherlands in the semi-finals of the Nations League followed a year later.

JUST IN: Tuchel told one transfer would turn Chelsea into Premier League champs 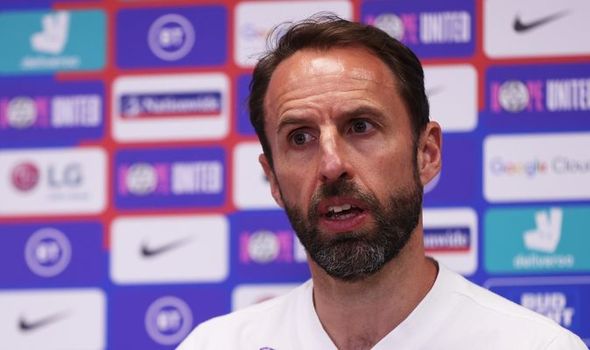 Those two tournaments have raised expectations for Southgate’s side, who begin Euro 2020 against Croatia on June 13.

The 50-year-old has challenged his players to go beyond the semi-finals this summer.

“Yeah, it probably will,” Southgate said when asked if not being among the last four teams at Euro 2020 would be considered a failure.

“I think we’re realistic about that, we have to live with that expectation.

“Are we ready to win? Well, we’ve been to two semi-finals so the next step is to try to go further. We know the excitement around the team and it’s great, we’re now relevant.”

When is England vs Austria?

The match kicks off at 8pm BST on Wednesday, June 2.

The game will be shown on ITV1, with live coverage starting 30 minutes before kick-off. 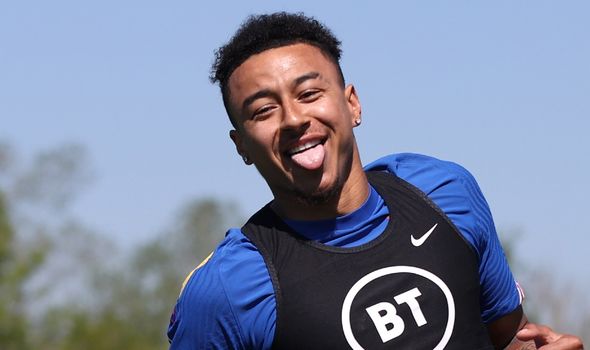 The match can be watched for free online via the ITV hub, providing that you have a UK TV license.

Southgate has already confirmed that Manchester United’s Lingard, who spent the second half of last season on loan at West Ham, will start against Austria.

The seven England players who started the Champions League final between Chelsea and Manchester City are unlikely to play a part.

The Blues’ Reece James, Ben Chilwell and Mason Mount were victorious in Porto, with Thomas Tuchel’s side winning 1-0 thanks to Kai Havertz’s goal.

Uncapped trio Aaron Ramsdale, Ben White and Ben Godfrey were cut from the provisional list of 33 players but are on the standby list for the tournament and will remain with the squad for the game against Austria, alongside Lingard.

James Ward-Prowse and Ollie Watkins were also cast aside but will remain with the group.

Southgate has challenged Lingard to prove him wrong against Austria.

“He will play tomorrow because we’ve got Sancho ill and a lot of players not available and, for the balance of the team, he will start,” the England boss said on Tuesday.

“He deserves that opportunity to go and show me that I’m wrong.”

United’s Maguire and Liverpool’s Henderson are unlikely to be fit.

Both had their seasons ended prematurely through injury.

Maguire limped out of a 3-1 win over Aston Villa on May 9 with an ankle injury.

Henderson has been absent with a groin injury suffered during the Merseyside derby against Everton on February 20.