Gareth Southgate has told Jose Mourinho and the rest of the Premier League managers it is England’s turn now when it comes to picking players. The England manager feels he now owes it to the people to do what is best for the country.

Pressure has been put on Southgate not to pick players for all three World Cup qualifiers this week but it looks likely that a number of those will break that unwritten rule – not least because tonight’s clash with Poland is the last competitive match before the Euro 2020 finals.

“We’ve managed the players, not only their match minutes but their training minutes and we’ve also taken into account what their match load has been like in the last couple of months,” Southgate said.

“Frankly every other country around Europe are working in the same way or they are playing the players even more.

“We cannot hinder ourselves by always thinking about how we can help the clubs – we’ve got to win the matches.

“There are 60m people waiting for that and we do that professionally, we don’t take risks with players with any sort of injuries but by the same token we think the players are in a good place physically and they have not been on the pitch too long.” 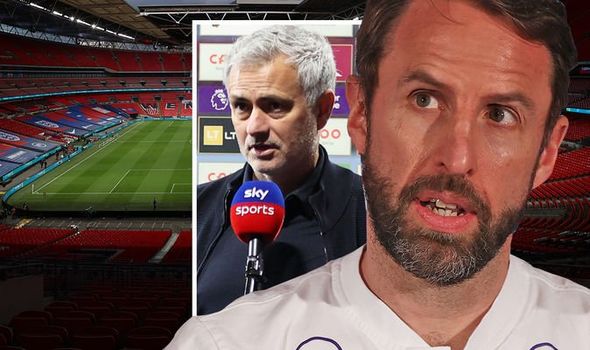 Moreover, he wants his players to help his cause by looking out for themselves more.

“We had a meeting on Monday night about three or four areas and I think its important we register those things because we want to play in a certain way with and without the ball,” Southgate said.

“There are certain factors that make winning teams – to recognise stages of games, when to make the right decisions, when to keep keep possession, when to rest with the ball, to not allow the opposition’s counter attacks by some of your positioning.

“I just think when I’ve watched the French and Portuguese, teams that have won, they are savvy and experienced winners. And that’s something we have to add to this group.”

Declan Rice admits this is the final audition and one England players must get right if they are to put on a show this summer.

As ever, he will get a text from his dad Sean before tonight’s game against Poland. He won’t be wishing him to break a leg – certainly not one of his own, at least – but it will be the same no-nonsense pep-talk he has sent his son throughout his career.

“It’s just something my Dad has always been on to me about since I was a kid,” Rice said.

“Still to this day I will still get a text from my Dad before the game, a long paragraph, ‘start well…talk….always be loud… win the first tackle’ and little pointers.

“That has always been ingrained in me since I was in the academy as a kid, at Chelsea, at West Ham, just, ‘be loud and always help out the team’.

Rice makes no bones about England needing to have several leading men – not least because of the size of the stage. The last competitive game before Euro 2020 and a vital World Cup qualifier to boot.

“Definitely with there not being an international break in April then it is the last chance to go out there and put on a performance,” he says. 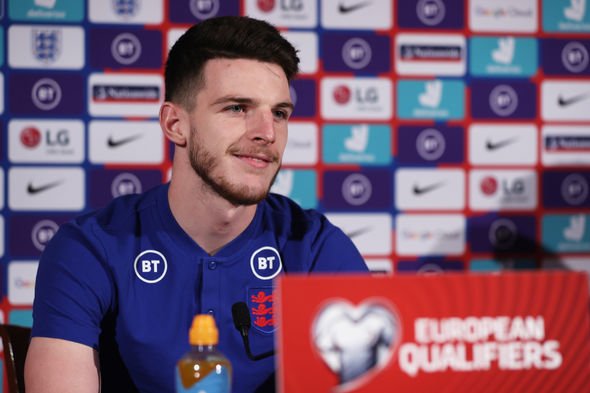 “No disrespect to San Marino and Albania but it will be a real step up and closer to opposition who we will be facing in the Euros.

“It is a real chance to go out and make a statement and put on a good performance.”

To that end, it is not just about winning according to the 22-year-old West Ham midfielder.

It is also about entertainment – which is why he makes no apology for being star-struck at the cast of players he finds around him.

“You want to entertain, of course,” he said. “The fans who come want to be entertained. They don’t want to come and watch a boring game these days, they want to see the flair players on the pitch, the attacking players who light it up.

“Even me now, when you are training with these players, you take a step back and you look at the attacking players we have got and you are kind of gobsmacked by the talent they have actually got.

“Even though I’m a West Ham player. I’m always watching the games and people like Phil Foden.

“He’s one, at the moment, who is amazing to watch. The goal the other night that City scored against Borussia Monchengladbach… it was just a breath of fresh air to watch a player do that.

“The way he ran through, it was just so silky. He is an incredible player.”

Undoubtedly very watchable, but can the silver screen generation succeed where the golden generation infamously failed.

“Now, it’s about going out onto the international stage and putting it into a trophy,” Rice admitted.

“There has always been that talk of the golden generation falling but we don’t look too much into that as players.

“It is just about on the day. Can we got out there and perform?”