Energised Jesse Marsch certain he will get it right at Leeds

Energised Jesse Marsch certain he will get it right at Leeds, as they are set to introduce club-record £35m signing Georgino Rutter to the fans ahead of their FA Cup clash with Cardiff City

For proof that Jesse Marsch retains the backing of the board at Leeds, you need only see the player being paraded on the Elland Road pitch on Wednesday night.

Georginio Rutter will be unveiled to fans before the FA Cup replay with Cardiff having cost the club a record £35.5million. That is a lot of money to spend on a signing for a manager if he is about to be given the bullet.

In the two transfer windows that Marsch has been Leeds boss, club chiefs have supported him by bringing in players he knows well. Brenden Aaronson, Rasmus Kristensen and Max Wober have all arrived from Marsch’s former club Red Bull Salzburg, and USA captain Tyler Adams joined from another of his old teams, RB Leipzig. 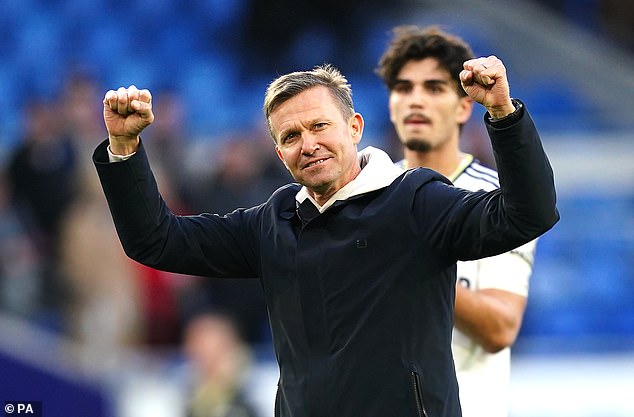 Jesse Marsch (pictured) retains the backing of the Leeds board, despite their poor run of form

Unlike those buys, Marsch has never previously coached Rutter, who is unavailable for Wednesday’s third-round tie. But he has managed against him – when his Leipzig lost to Hoffenheim in the Bundesliga – and the 20-year-old French forward is a player he has admired for some time.

Rutter was Leeds’ No1 January target and his capture is further evidence of Marsch’s close relationship with director of football Victor Orta.

The influential Spaniard had long identified Marsch as Marcelo Bielsa’s replacement and hired him 11 months ago. As such, Orta is desperate for his choice of head coach to succeed long term and it is why the American is being given every chance to get it right.

‘I accept the pressures of what is happening in my role at this club right now,’ admitted Marsch on Tuesday. ‘But I am doing everything I can, and we are doing everything we can together, and we believe in this project. I think that is clear with the transfers we make, with the decisions we make. With everything we have done, it is showing unity.’ 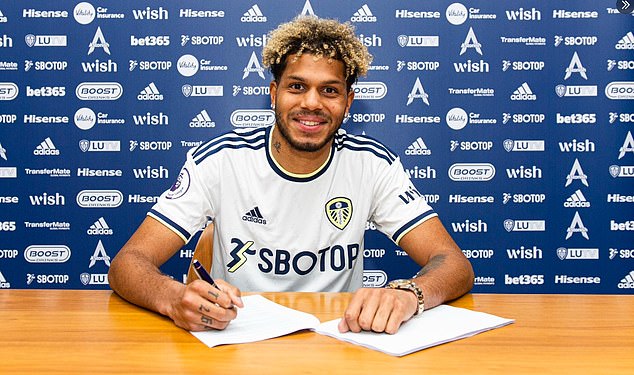 Last Friday’s 2-1 defeat at Aston Villa led to chants of ‘Marsch out’ from a section of supporters, who have never fully taken to Bielsa’s successor. Yet while Leeds have gone seven games without a win in all competitions, and sit only two points above the Premier League relegation zone, there is not the same sense of panic from upstairs which saw the beloved Bielsa sacked last February.

Around the Thorp Arch training ground, insiders say the mood remains upbeat and the players are on board with Marsch’s methods. Club chiefs are said to have been impressed with the fight the team showed to claim a point from behind against West Ham, and again to come back from two goals down and draw at Cardiff. Even in Friday’s defeat at Villa, the performance of the side encouraged those in power at Elland Road.

‘Friday was the second-most high-intensity running performance (by a team) in the last five years of the Premier League,’ said Marsch quoting statistics. ‘It was a match which showcased the way I would like our team to play. From a physical, tactical and mentality perspective, it was a really strong statement of what we want to do. 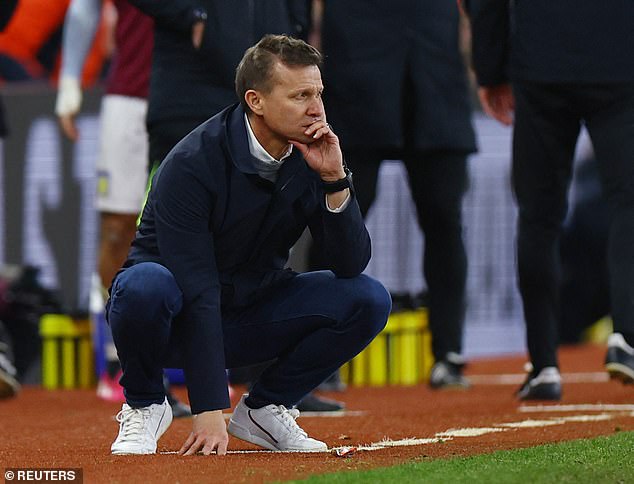 ‘Sitting here right now, my belief is higher than it has ever been. And more importantly, the players are in the same position. I know when we don’t get results, the fans’ confidence wavers on what we are doing, but on the inside, our confidence is absolutely moving forward.

All that said, Marsch know this is still a big week for him and his team. Being knocked out of the FA Cup by Championship side Cardiff would be a devastating blow, especially given Leeds would face Accrington or Boreham Wood in the fourth round. And a home defeat on Sunday to Brentford would further increase the pressure on a manager, who while popular is by no means bulletproof, especially with the club’s top-flight status at stake.

‘We need another complete performance, we need conviction, we need a win,’ added Marsch about the Cardiff tie. ‘I hate being results based, but that’s where we are.’ 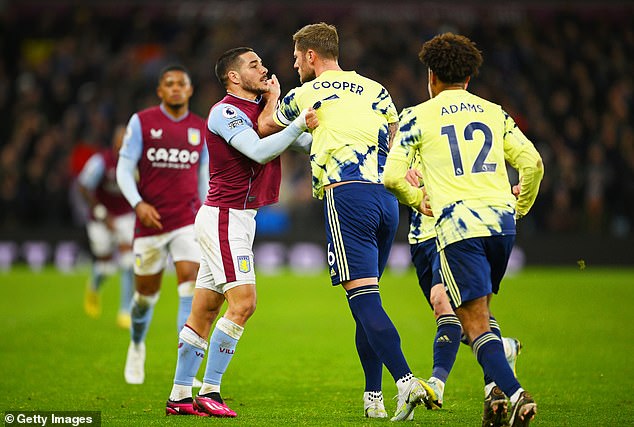