The 34-year-old is said to be unsettled at Old Trafford and is “leaning towards” Boca with a “60 per cent” chance he will return to South America when his one-year United deal ends in June.

Argentina defender Rojo, who originally signed for United in 2014, joined Boca Juniors for an undisclosed fee in February after a loan spell with Estudiantes in 2020.

He said former team-mate Cavani has been asking about life at the club.

Rojo told ESPN Argentina: “Yes, I spoke with him, I speak with him a lot. We haven’t been together for long in Manchester, only four or five months, but he’s a great person, and let’s hope for a second connection. 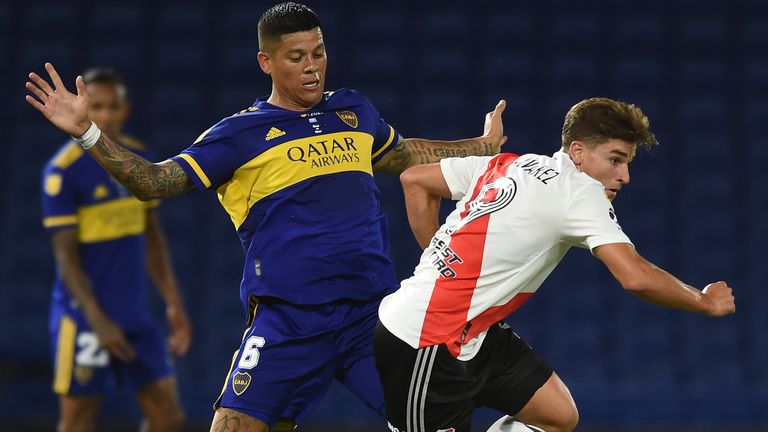 “When I came here, he always asked me if I was good, how I was getting on, because we didn’t see each other during the last period in England.

“It’s important that great players such as Cavani, who is a historic player for Uruguay and played in lots of important clubs, want to come and play for Boca.

“I think that speaks very well for the club, and for Argentinian football.”

Luis Cavani had said his son was excited about the potential move and that they both knew “what the Boca supporters are all about”.

Rojo revealed his discussions with Cavani about the striker’s “love” for the club.

“When I told him there was the chance to come here in Argentina to play for Boca, he told me about his situation as well, that he spoke with [manager Juan] Roman [Riquelme] a few times and the option was really appealing to him and he would be interested in the future.

“I’m nobody to say if he’s going to come or not, that’s on him. He needs to take that decision with his family.”