‘They wanted to be coached and wanted help’: Eddie Howe insists he always believed the Newcastle squad he inherited was full of good players, despite his predecessor Steve Bruce repeatedly bemoaning a lack of quality

Eddie Howe says he arrived at Newcastle United one year ago and found a group of players in need of ‘help’ and who ‘wanted to be coached’.

The head coach has never previously opened up on the state of the team he inherited from Steve Bruce, who would repeatedly use the apparent limitations of his squad in mitigation against poor results. 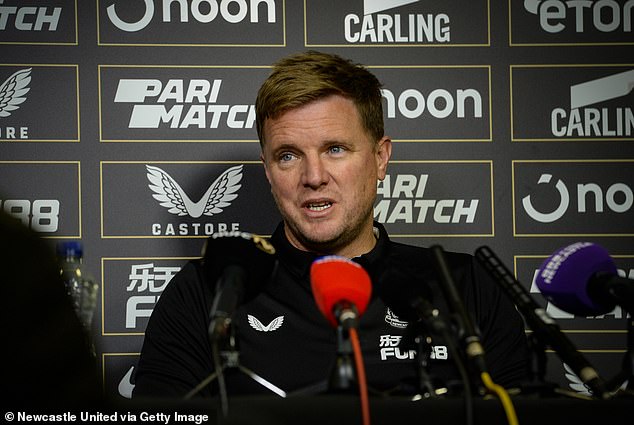 Twelve months on and Newcastle are fourth in the Premier League, with six of the 10 outfield starters in recent weeks having been at the club pre-takeover. Ten of the team in total during last Saturday’s 4-0 victory over Aston Villa were part of the side who were bottom of the table this time last year.

When asked if he believed those players were always better than people gave them credit for, Howe said: ‘Yes, I did. I had that belief internally that we’d got some really good players. I think my first impressions were genuine, a really willing group that wanted to be coached, that wanted help, so I felt that was a really good starting point.

‘I love coaching players and trying to improve them. From day one here, I sensed a really open group who wanted that work. I don’t feel we have bought the success we’re currently having. It has come from hard work and brilliant performances from the players. We’re just doing the best we can, day to day. It was a massive club in need of an injection of positivity and some good results.’ 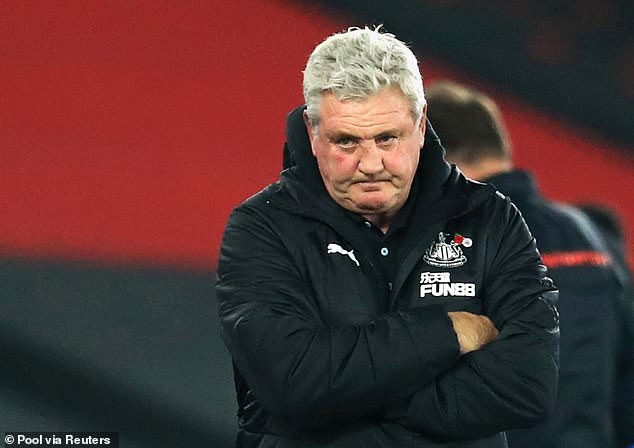 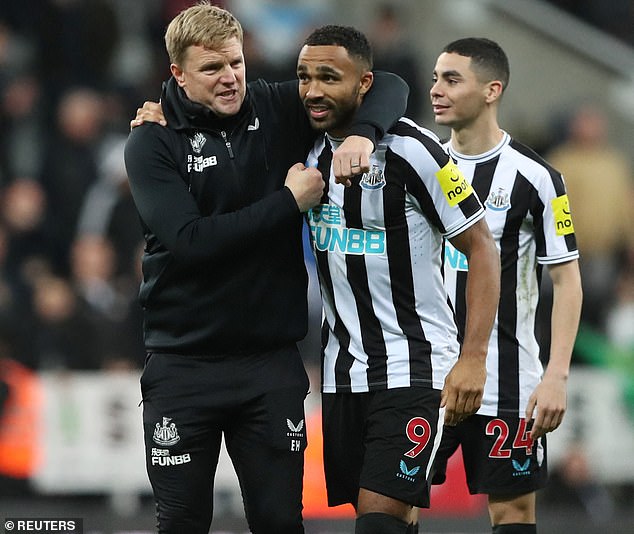 No player more than Miguel Almiron of late has captured the improvement which Howe has brought about in those individuals he discovered so low on confidence. The Paraguayan forward has six goals in as many games and looks certain to win the Premier League Player of the Month for October. Again, Howe hinted at a player who was restricted by the previous regime.

‘Down the years, I’ve learned never to underestimate players’ abilities given the right surroundings, conditions and confidence,’ he said. ‘I’ve seen it many times, players I’ve worked with at League Two level that have then been playing in the Championship a couple of years later when you wouldn’t have initially thought that possible.

‘I would never put that limitation on. You never know what someone is capable of until you start working with them. Miggy’s starting scoring goals and I’m really pleased for him, but his overall performances have been very strong. The right attitude and good consistent work can elevate them to performances even they didn’t think they were capable of.’ 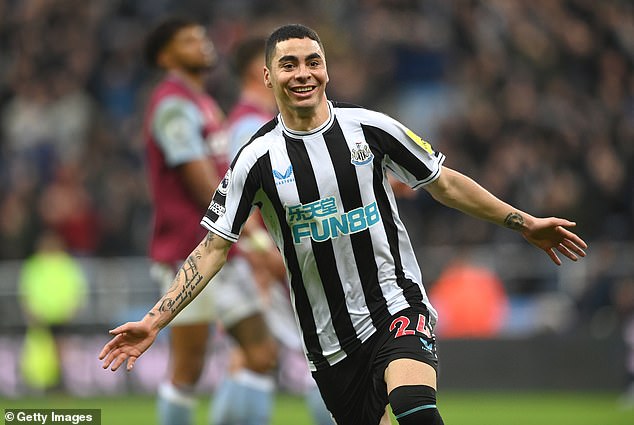 No player has developed more than Miguel Almiron  who, after looking lost in the Premier League under Bruce – has been transformed, with the winger scoring six times in six games