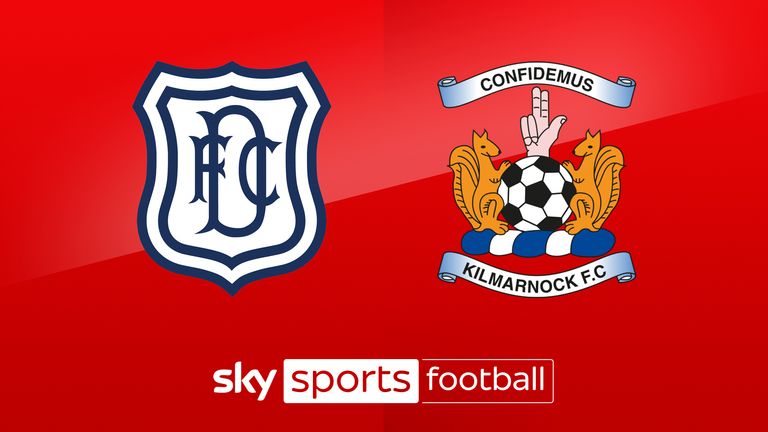 Team news and stats ahead of Dundee vs Kilmarnock in the Scottish Premiership play-off final first leg on Thursday (kick-off 8.15pm).

Neither Dundee nor Kilmarnock have any fresh injury concerns ahead of their opening play-off clash.

James McPake’s Championship runners-up host Tommy Wright’s Killie side – who finished second bottom of the Premiership – over two legs, with a place in the top flight going to the victors.

The first game takes place at Dens Park on Thursday and Dundee will have the same squad available that dispatched Raith in the semi-final.

The only absentees are goalkeeper Jack Hamilton (hernia) and midfielder Fin Robertson (foot) with existing injuries.

Kilmarnock will also go in with the same squad that won against Hamilton in their final game of the regular campaign.

Nicke Kabamba will not be available, having been ruled out with a hamstring strain.

Wright: Keeping Killie up would rank high in achievements

The former Perth boss has gone down in McDiarmid Park history after leading Saints to their first major trophy win by lifting the Scottish Cup in 2014.

The Northern Irishman also secured five top-six finishes, guiding the club into Europe three times too during his seven years in charge.

But he reckons keeping Killie up this season would be just as impressive as any of those feats.

Wright inherited a side that had won just two games out of 11 when he took over in February.

They are now on a run of just two defeats in the last 14 but face one last major obstacle before they are safe, with their two-legged play-off final with Dundee kicking off at Dens Park on Thursday night before Monday’s Rugby Park return.

“I think it would rank as high as anything,” said Wright on the prospect of keeping Kilmarnock up. “It’s a different set of circumstances I’ve had to come into. Usually I’m in the top six.

“So it will rank highly because of all the losses that the team had had before that.

“We’ve now managed to give ourselves an opportunity now in the play-offs to stay up.”

James McPake has vowed to settle the debt he owes Dundee for helping him walk tall again by marching the club into the Premiership.

The former Hibernian captain first made his move to Dens Park in 2014 and initially did enough to hush those that questioned his lengthy injury record.

But a fractured knee cap suffered in a horror collision during a January 2016 Dundee derby effectively killed off his first-team career. 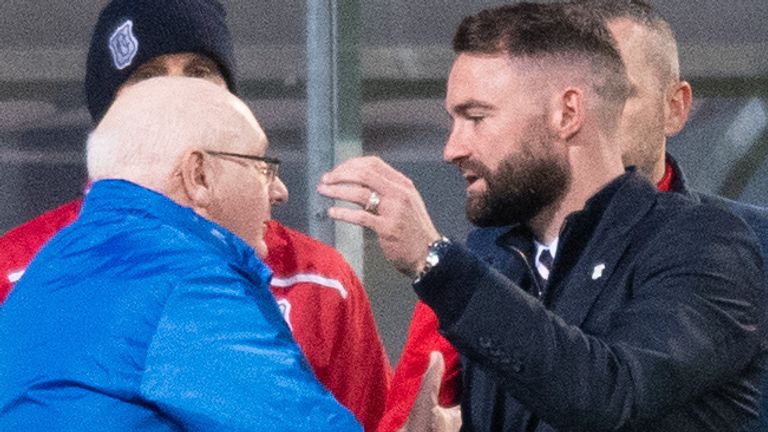 The damage sustained was so bad McPake feared he would never be able to shake the limp he was left with for a time.

But with the support of club owner Tim Keyes and managing director John Nelms, McPake is now back on his feet determined to repay the medical assistance they provided by leading Dundee through this week’s play-off final with Kilmarnock.

“This football club means a lot to me because of the way they have treated me,” said the Dens Park boss ahead of Thursday’s first leg, which his side host. “They signed me when I was deemed a cripple basically.

“I got 55 games before getting the injury but they helped me on the road to my coaching career. I’ve got to pass on massive thanks to John and Tim for the treatment they got me.

“Their help has got me to the point where I can walk without a limp, when that looked impossible at one stage. I can even join in training a little bit now – although the boys just get annoyed at me for giving the ball away. That used to happen when I was fit anyway.

“John and Tim trusted me again to go take this job on when it came up so it would mean everything to me to get this club back to the Premiership.”