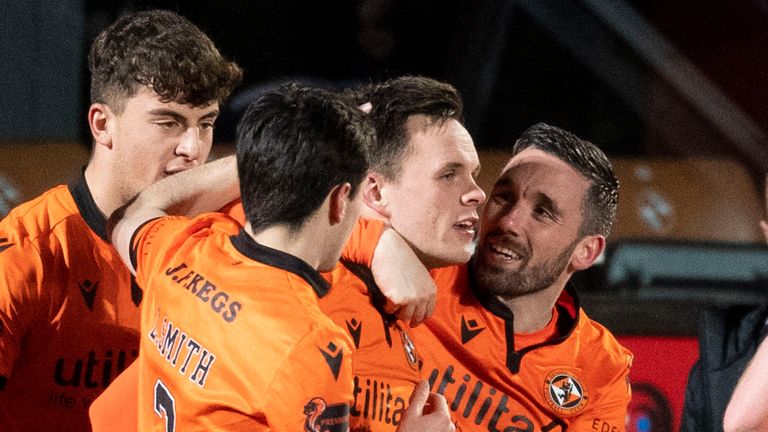 Lawrence Shankland ensured Dundee United served up a fitting tribute to Jim McLean as his 50-yard stunner claimed a 2-2 draw with St Johnstone.

McLean died on Boxing Day and this was the Tangerines’ first chance to honour their trailblazing former manager at their home ground.

Both teams gathered for a minute’s applause before kick-off, while there was another ovation from the small crowd of club directors and staff in the 83rd minute to mark the club’s 1983 league win.

The players did their bit to celebrate the life of one of the game’s great exponents of attacking football with a four-goal thriller.

It looked as though the visitors were set to spoil the occasion when Chris Kane headed home just before the break but Shankland’s wondergoal from just inside the St Johnstone half ensured the points were shared.

The teams were originally due to meet on Saturday only for the game to fall victim to a cold snap that saw temperatures of minus eight registered across Scotland.

St Johnstone, however, were unhappy and demanded the SPFL investigate why United had not turned their undersoil heating on in time to beat the frost.

But the action took little time in heating up, with the hosts grabbing the lead inside nine minutes. 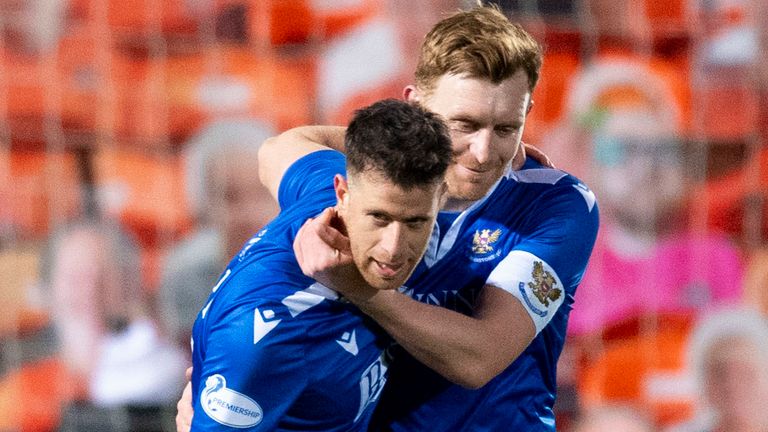 A series of quick passes had Saints on the back foot before Shankland sent midfield convert Nicky Clark scampering into the box, with his cut-back expertly tucked home by Appere.

But that was as good as it got for the hosts in the first half and they were almost pegged back three minutes later as Melamed sneaked behind the United offside trap.

Benjamin Siegrist was off his line sharply to block the Israeli’s effort but Melamed was off the mark for Saints by the quarter-hour mark.

He had another attempt soon after when Shankland’s loose pass set Wotherspoon off and running but could only fire straight at Siegrist.

But there was no stopping another fabulous headed finish, this time from Kane, seven minutes before half-time as he glanced home from Wotherspoon’s latest menacing cross after Lewis Neilson had been dispossessed by Melamed.

United needed some inspiration to get them going and in Shankland, they had just the man to provide it after 53 minutes. There seemed little on as he collected Appere’s pass wide on the right, 10 yards inside his own half but
spotting Zander Clark off his line the Scotland striker sent a sublime long-range finish over the Saints keeper’s head for just his fourth goal of the season.

Siegrist was also doing his bit for the Tangerines’ cause with a brilliant reflex save to keep out another Melamed effort, while Connolly did brilliantly to hunt down the Saints striker and make a goal-saving block after Appere’s horror back-pass left United exposed.

St Johnstone almost hushed the late United tribute to McLean when Stevie May raced clear on the breakaway but he chose to tee up Scott Tanser, who rifled wide.