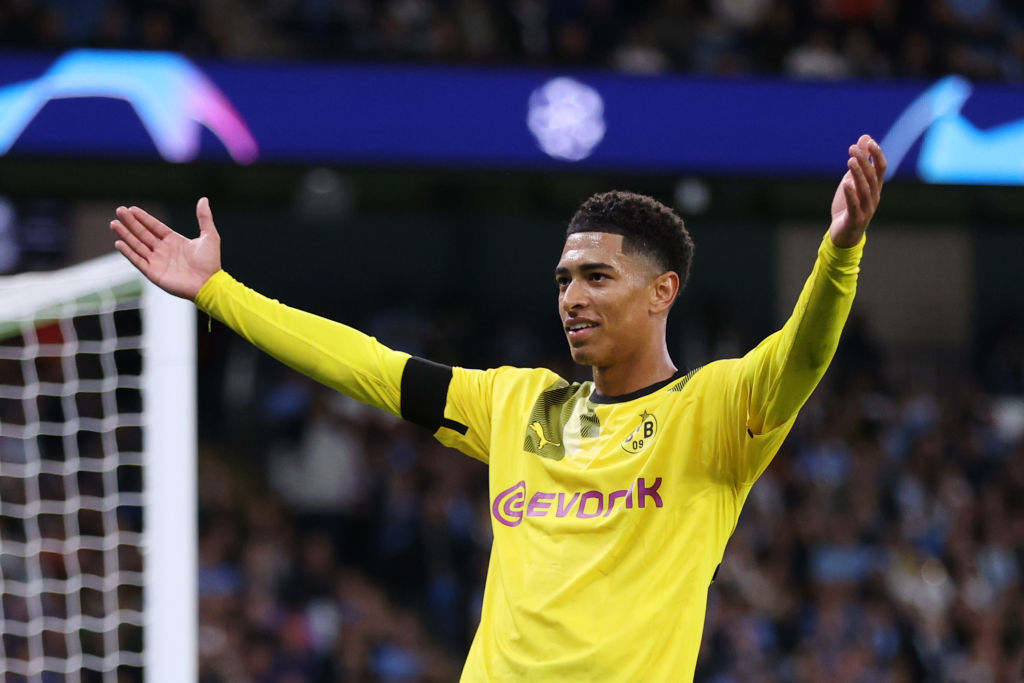 Dortmund will demand a British transfer record fee in order to part with Jude Bellingham this summer, with Manchester United, Liverpool and Chelsea set to battle it out for his signature.

The 19-year-old turned down a move to Old Trafford in 2020 in order to make a £25million move to Germany.

Bellingham has blossomed in the Bundesliga and he already has 15 caps for England, having made his debut less than 18 months ago.

The midfielder has been heavily linked with a move to Liverpool, particularly given Jurgen Klopp’s desire to sign a new midfielder.

But United and Chelsea are both expected to compete for Bellingham, with the midfielder felt to be a once-in-a-generation talent.

Dortmund are determined to keep him but Bellingham will have just two years left on his deal this summer, meaning it will be the last chance for the club to extract as big a fee as possible for him.

With that in mind, the Athletic say the Germans will set an asking price of £131m for Bellingham.

That would mean a transfer record fee for a British player, which is currently the £100m fee paid for Jack Grealish in 2021 by Manchester City.

Liverpool broke their club transfer record last summer to sign Darwin Nunez in an £85m deal from Benfica, while United made Antony their second most expensive player of all-time following his £85m arrival from Ajax.

It’s likely that all interested parties will start the bidding at far closer to the £90m mark for Bellingham.

Dortmund wanted £114m for Jadon Sancho in 2020 before selling him to United for a fee of around £72m 12 months later.