Diogo Jota was absent from Liverpool training yesterday with supports now concerned he may have picked up an injury problem. The Portuguese international’s return at the beginning of March helped the Reds turn the corner after weeks of dismal form which included six straight home defeats.

Jota has slowly worked his way back into the starting XI, having started his Liverpool career so promisingly.

The forward has 12 goals in all competitions this season, despite missing three months of action after picking up a knee injury in the Champions League dead rubber at FC Midtjylland.

Nonetheless, Jota has bounced back in style and has been key in helping Liverpool kept their top-four hopes alive.

However, there are now concerns over his fitness after he was not spotted in training yesterday with his teammates. 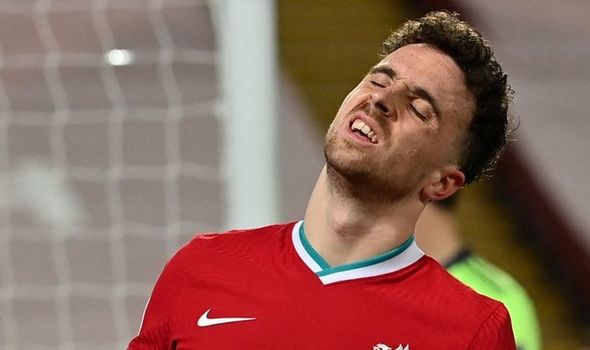 Jurgen Klopp is set to address the media at 1:30pm this afternoon and is likely to provide clarity on the situation.

Liverpool supporters on social media have had to endure similar occurrences this season and now naturally fear the worst anytime a player is mysteriously missing from training.

For instance, fans spotted that Fabinho was absent from a light training session at Leyton Orient’s Brisbane Road back in January ahead of their Premier League clash with Tottenham.

The Brazilian had indeed picked up a muscle problem a missed a number of matches.

Alisson, Roberto Firmino and Sadio Mane are amongst others to have missed training in recent months before Klopp later shed lights on their injuries.

Jota started ahead of Mohamed Salah on Monday night, as Liverpool squandered the lead late on to draw 1-1 at Leeds.

At the time, the result didn’t feel too significant in the grand scheme of things due to uncertainty surrounding the potential formation of the European Super League.

But that has now gone, giving Liverpool extra impetus to get back on track in the race for the top-four. 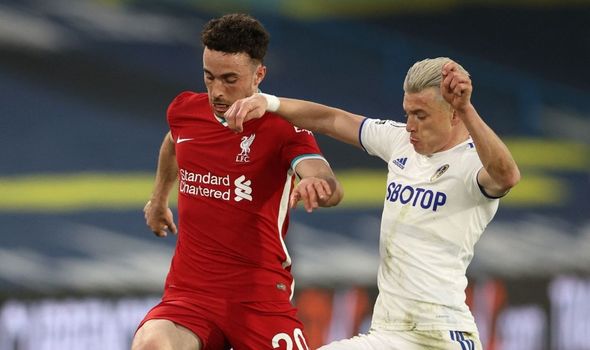 Newcastle are still fighting for survival down the bottom, meaning it will not be easy to break them down at Anfield.

Liverpool struggled to do just that in the first meeting between the two sides earlier this season at St James’ Park, which finished 0-0.

The Premier League champions’ front three will pick itself should Jota not be available for selection with Salah, Mane and Firmino spearheading the attack.

If Jota is available, there is every chance all four could be summoned against the Magpies.