Depay 'enjoys' being at Barcelona after rejecting Chelsea interest

‘I decided to fight for my chance here’: Memphis Depay insists he ‘enjoys’ being at Barcelona after rejecting interest from Chelsea in the summer… but admits he is ‘longing’ to play more at the Nou Camp

Memphis Depay insists that he enjoys being at Barcelona but admits that he is keen for more playing opportunities at the Nou Camp.

The Dutch forward was Barca’s joint-top scorer last season with 13 goals, but it appeared that the path had been cleared for him to leave in the summer after Robert Lewandowski signed and took his no 9 shirt.

Depay came close to joining Juventus in August and then became a last-minute target of Chelsea as the Blues scrambled for a new centre forward. 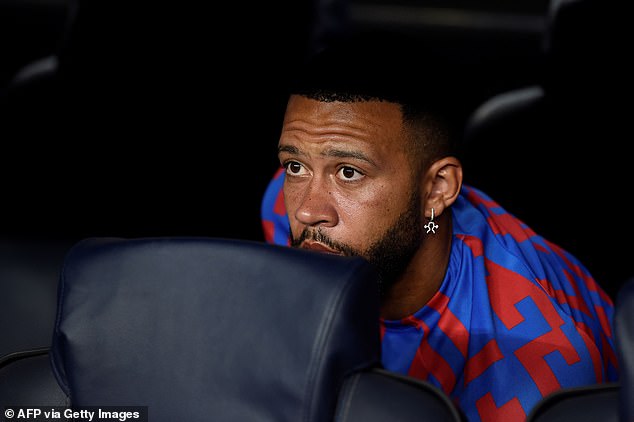 In the end it was his Barcelona team-mate Pierre-Emerick Aubameyang who completed a move to Stamford Bridge on deadline day.

Depay scored his first goal of the season on Saturday as he netted in a 3-0 win over Elche, having been left on the bench for the first four LaLiga matches of the campaign.

The 28-year-old has now joined up with the Dutch national team ahead of their Nations League fixtures against Poland and Belgium over the next week. 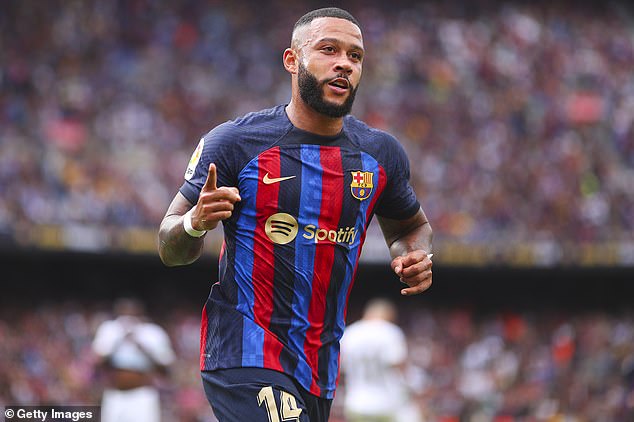 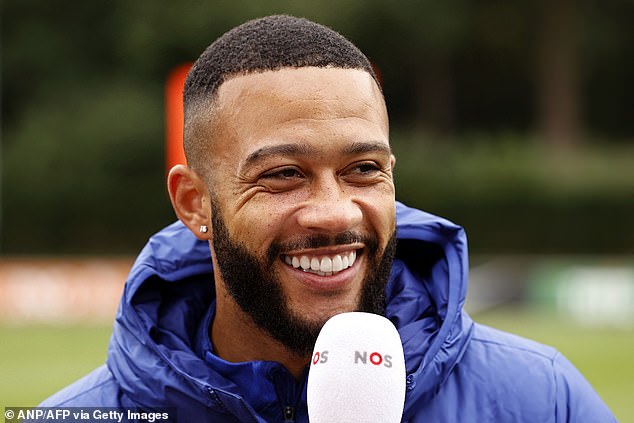 ‘Of course this time I look extra forward to this week with the national team, I’m sure you can guess why,’ Depay told ESPN NL.

‘I played less than usual and it’s not something I am used to. But here you know you are going to play so I am extra motivated and thankful.

‘I had two starting spots in the last two weeks in La Liga. It’s not enough. I get taken off after 60 minutes but I am longing for more. In the last 25 minutes of the game there is more space and I always have the power to profit from that. 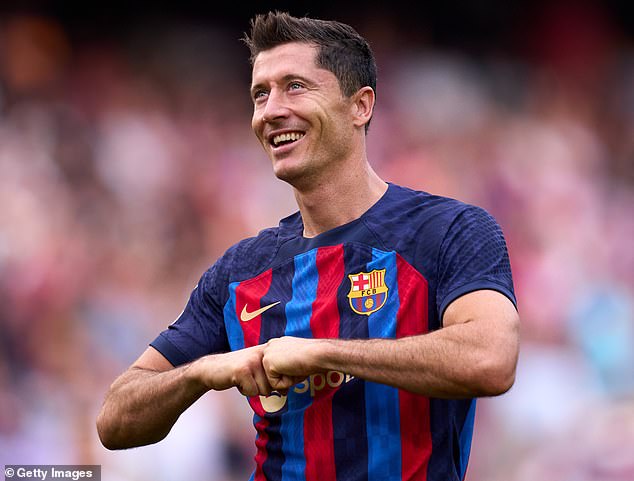 ‘Other clubs came and then you just look at your options. I decided to fight for my chance here. I was the top scorer of Barca with Aubameyang. I love competition and I don’t walk away from it. I enjoy being at Barca.’

After Barcelona’s frenzied summer of spending, the attacking cohort at Xavi’s disposal is one of the best in Europe.

Depay is competing for a place in the team with Lewandowski, Ansu Fati, Ferran Torres, Ousmane Dembele and Raphinha.