The 29-year-old landed awkwardly on the outside of his right foot in an innocuous clash with Chelsea’s N’Golo Kante.

De Bruyne went off and will go for scans to determine the extent of the damage. The results might not be clear for several days, given the severity of the swelling on his ankle. De Bruyne could face a month on the sidelines if his worst fears are confirmed, though he hopes any possible ligament damage is minor. 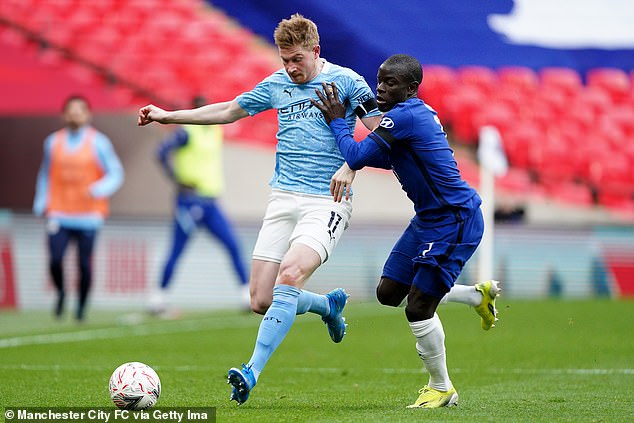 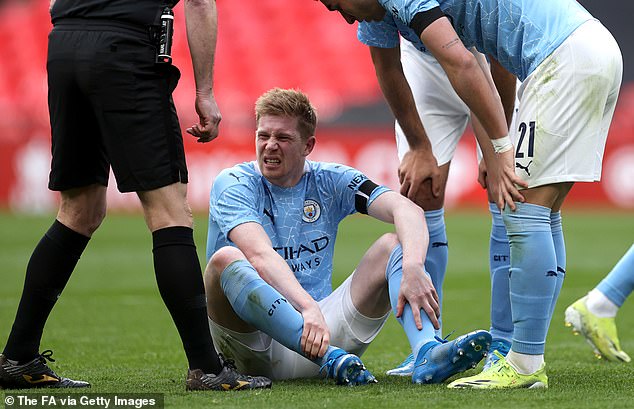 Losing their talisman at this stage of the season, with three trophies on the line, represents a major blow for City.

Pep Guardiola’s side travel to Aston Villa on Wednesday as they attempt to build on their imposing lead at the Premier League’s summit, before Sunday’s Carabao Cup final back at Wembley against Tottenham.

A Champions League semi-final first leg at PSG follows on April 28, with a trip to Crystal Palace three days later.

Bernardo Silva is expected to take over creative responsibility in midfield. The Portuguese shone alongside Ilkay Gundogan when De Bruyne was missing for a month earlier this year. 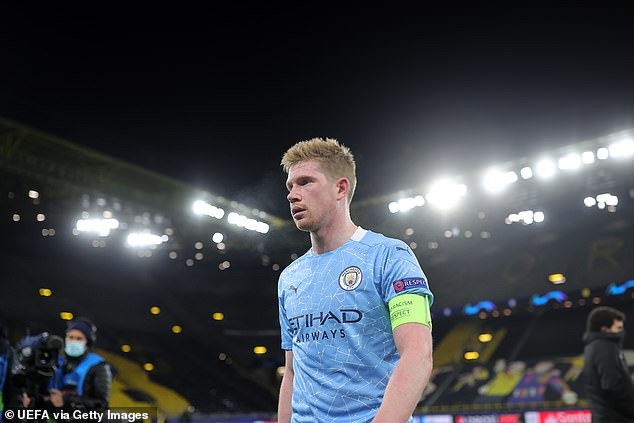 But Guardiola does need Raheem Sterling to recapture form as City try to wrap up the title and win two cup competitions.

The forward struggled again on Saturday and has scored just once in two months, losing his place in Guardiola’s preferred XI to Phil Foden.

Guardiola refused to criticise his front three of Sterling, Ferran Torres and Gabriel Jesus after drawing a blank at Wembley but admitted confidence is an issue.

‘They tried,’ he said. ‘Football is a difficult game sometimes. I saw their faces and behaviours before, during and after and that is enough. Sometimes the opponents are better in the one-on-one — Azpilicueta, Rudiger, Thiago Silva, they are players with quality.’