Darwin Nunez is forced to sit out part of Liverpool’s open training session in front of thousands of fans in Thailand due to BLISTERS in his foot, leaving Jurgen Klopp sweating over whether £85m new man will make debut against Man United tomorrow

Liverpool were left sweating over Darwin Nunez’s potential debut against Manchester United after the new £85million signing was forced to sit out part of an open training session with discomfort in his left foot.

The Reds continued their preparations on Monday ahead of facing Premier League rivals United at the Rajamangala Stadium in Thailand in a pre-season friendly.

The match will see Klopp come face-to-face with United’s new boss, Erik ten Hag, for the first time since the Dutchman was handed the top job at Old Trafford. 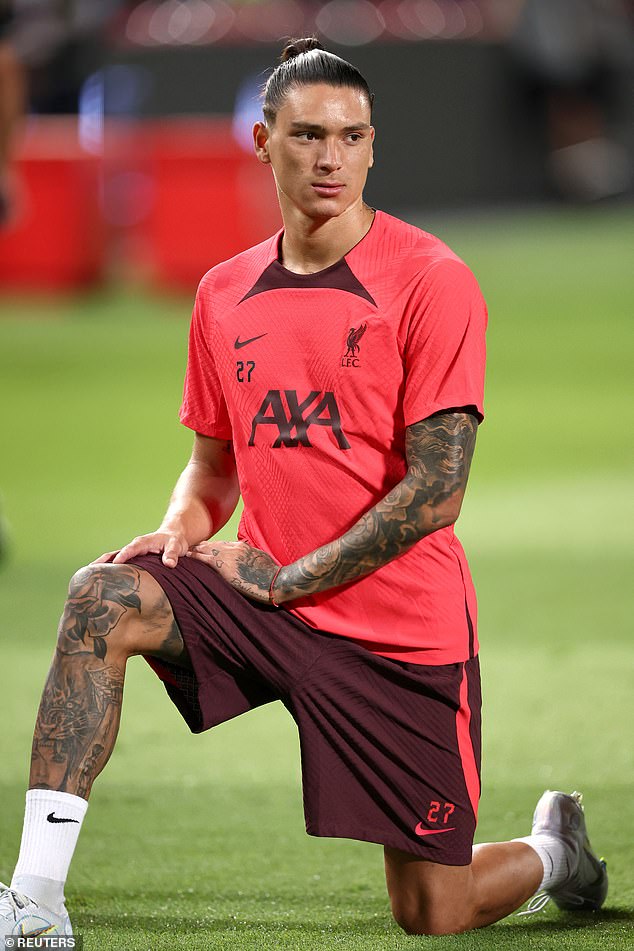 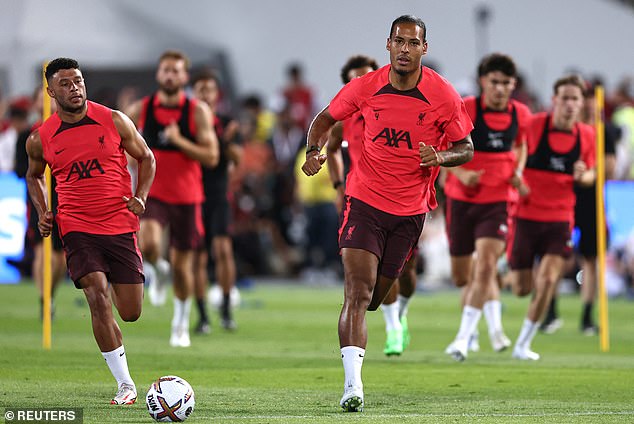 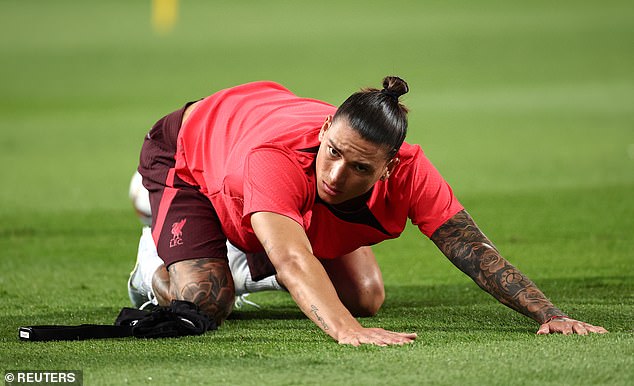 New club-record signing Nunez was amongst the squad who were put through their paces by boss Klopp, as thousands gathered to watch the Reds train.

But the former Benfica striker walked off early due to what appeared to be an issue with his foot, which has been reported to be blisters.

Shortly after, the striker resurfaced to do some stretching with the club’s physiotherapist and the Reds will hope he can still feature against United. 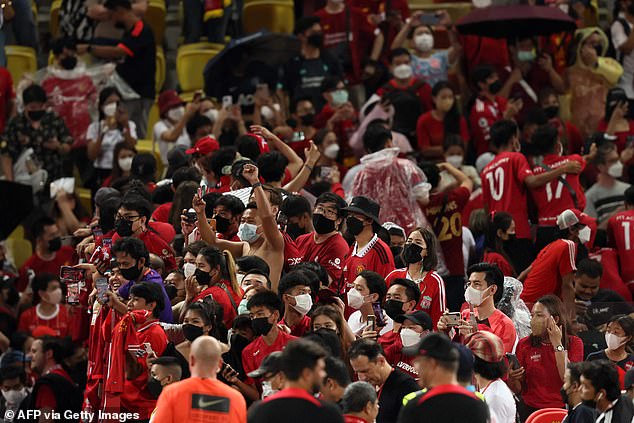 Boss Klopp has insisted there is no need for ‘drastic change’ despite his squad falling short in the Champions League and the Premier League last season.

The Reds did, however, win both the Carabao Cup and FA Cup while reaching the final of Europe’s elite competition, which they lost 1-0 to Real Madrid in Paris.

Klopp’s side also took the league title race to the final game of the season but just missed out to Manchester City. 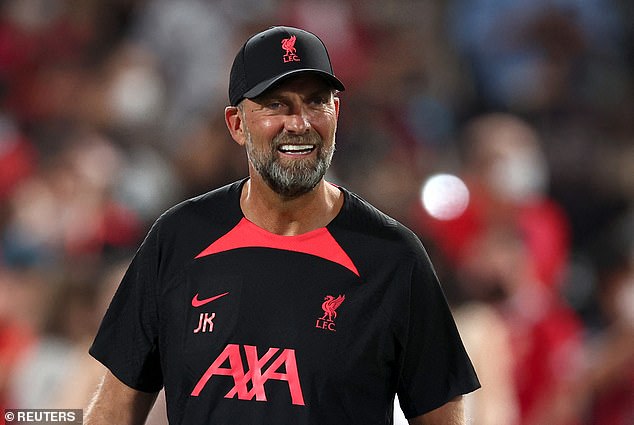 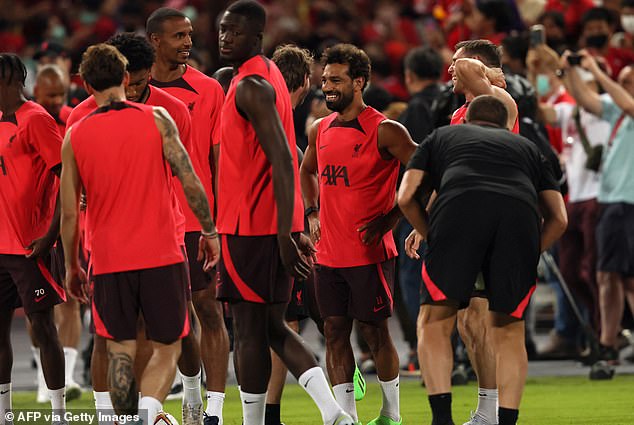 The Reds moved swiftly to snap up striker Nunez from Benfica, Fabio Carvalho from newly-promoted Fulham, and Calvin Ramsay from Aberdeen.

Klopp said: ‘There is no reason for drastic changes, you would have to change drastically if you think specific parts of the team need a drastic change or whatever.

‘Players lost desire or determination, that is not the case I have known them long enough, but you have to change anyway.

‘You have to bring in fresh legs, fresh blood, and that’s what we did. It’s not only Sadio who left us, Minamino and Divock Origi left us. 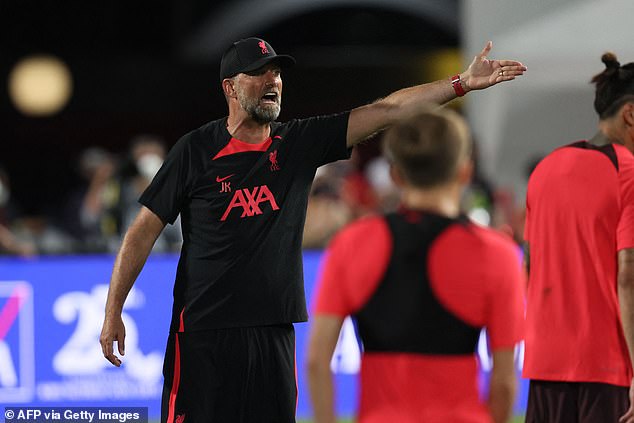 ‘One or two players might leave us in this transfer window. With Darwin, Fabio and Calvin we have brought in three really interesting players that change the dynamic of the team, which you need.

‘I cannot invent football everyday new and tell the boys by the way last week we played like this week, this week we play like this just to keep them on their toes.

‘We can help ourselves a bit by bringing in new boys and changing the dynamic.’

Klopp named a 37-man squad for the tour ahead of games against United and Crystal Palace.

There were however a few notable names missing from the list, including reserve goalkeeper Caoimhin Kelleher, new right back Ramsay and teenager Kaide Gordon.

After facing rivals United, Liverpool will travel to Singapore to face Crystal Palace to contest the the 2022 Standard Chartered Singapore Trophy.