DANNY MURPHY: The law is a JOKE and needs to be changed quickly

DANNY MURPHY: The offside law is a JOKE and needs to be changed quickly if Man United’s equaliser is deemed to be correct… City would have defended better if Marcus Rashford did not interfere with play!

If Manchester United’s equaliser was deemed correct by the letter of the law, the law is a joke and needs to be changed.

As someone who played the game, I know for sure that Marcus Rashford interfered with play from an offside position regardless of whether he touched the ball.

Ederson would never have been so far off his line if he hadn’t been concerned about Rashford’s presence, thereby giving Bruno Fernandes an easy job to score. Likewise, Kyle Walker would have tracked Bruno’s run had Rashford not been there. 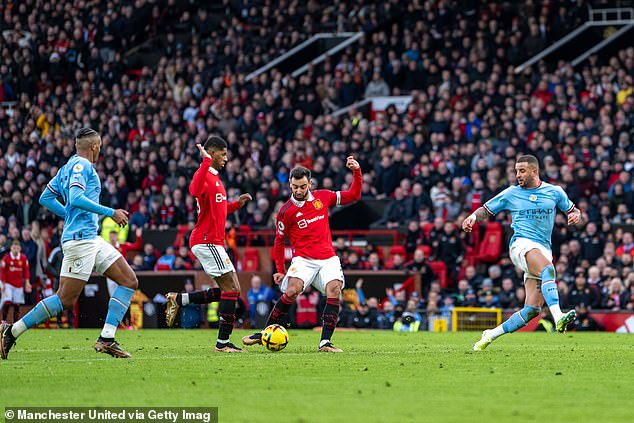 Either way the authorities have to understand you can have a serious impact from an offside position even without playing the ball. The offside rule has to be simplified because, although yesterday’s case was relatively rare, it could happen again.

Rashford was very clever. At the last moment realising he was offside, he withdrew from any attempt to play the ball (inset below). What disturbs me is his positioning changed the dynamic in how City defended the move. I can understand therefore why they were so aggrieved at the reward.

Football at its best is a fair competition between attack and defence. The way the offside law is being interpreted is making it ridiculously difficult to defend. 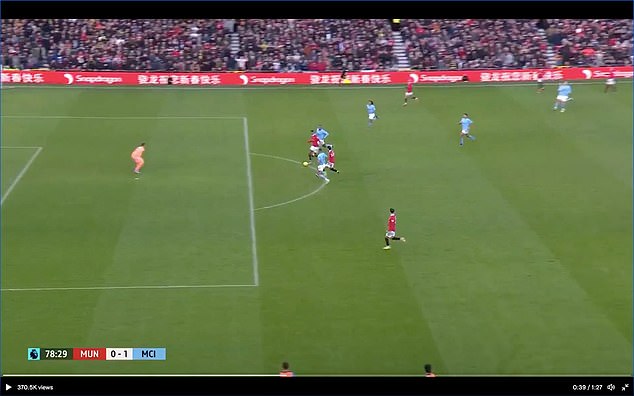