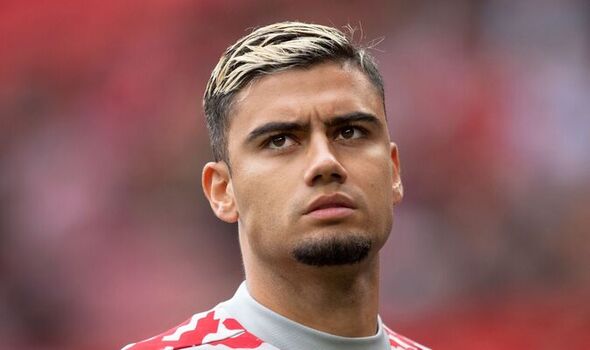 Crystal Palace have made contact with the agents of Andreas Pereira amid reports Manchester United have agreed to sell the Brazilian to Fulham, it’s claimed. The playmaker is set to decide his future within the next few days as his loan deal with Flamengo trickles to an end and it appears he has several Premier League options on the table ahead of the 2022/23 campaign.

It’s been a wild ride for Pereira at United after breaking into the first-team picture in 2014 but he has spent the majority of his time out on loan with the likes of Granada, Valencia and Lazio.

Yet Erik ten Hag is seemingly keen to assess the 26-year-old in pre-season before making any final decision over his future – despite talk the club are happy with the proposal on the table from Fulham.

The Cottagers are offering around £8.6million up front, plus an additional £2.5m in add-ons to sign the creative midfielder but they are not the only English club interested in his services.

According to Goal’s Raisa Simplicio, Crystal Palace have also made contact, sparking suggestions that the Eagles could be looking to hijack the deal. 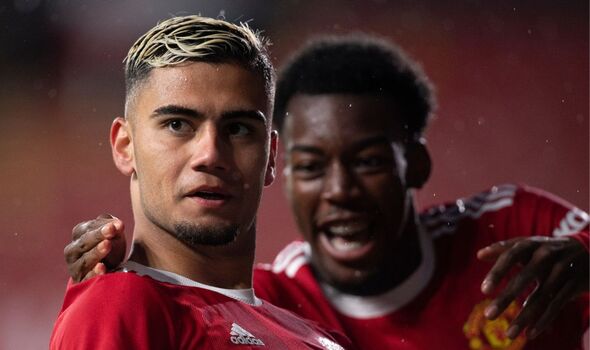 Palace are beginning to ramp up their summer transfer business after landing Malcolm Ebiowei and Sam Johnstone. Talks are also advanced with Lens for midfielder Cheick Doucoure.

Fulham appear to be in the driving seat for Pereira as of now but Flamengo also have an option to buy the player – which they are set to make a decision on in the coming days.

Former Flamengo boss Paulo Sousa, who was recently dismissed, had been campaigning to make the deal happen.

“Of all those that we have, I would like this continuity that I have already expressed,” he told the Brazilian press.

“We’ve already spoken to Bruno, but it’s not just up to us, it’s up to the player and the club. In the game against Catolica, Andreas played an extraordinary game, and now he was decisive.”

Either way, Palace’s interest could be good news for United if they decide to sell Pereira – as it would bolster their chances of maximising profit on their academy graduate.

United scouts, who were recently making checks on potential targets in South America, were said to be impressed by Pereira during one of their missions in Brazil towards the end of last season.

They reportedly advised Ten Hag to cast an eye over the player during pre-season, something he looks willing to do after welcoming his new squad back to Carrington.

To date, United have made little progress in the transfer window and new signings have been few and far between.

For that reason, there is a chance the Dutch coach will want to prioritise keeping players to protect his squad size heading into the new season and United’s tour of the Far East.

Pereira flourished in pre-season last summer, scoring a stunning goal against Brentford in a friendly at Old Trafford before heading on loan to Brazil.

He was a former favourite of Ole Gunnar Solskjaer in the 2019/20 season but he has struggled to nail down his place in United’s squad, before opting to pursue regular football elsewhere.