Roy Hodgson feels winning without Wilfried Zaha was a significant moment for Crystal Palace but he remains desperate for the return of his star man.

Palace snatched a dramatic 2-1 success at Brighton on Monday evening thanks to a thumping last-gasp volley from substitute Christian Benteke.

Ahead of the trip to the Amex Stadium, the Eagles had lost 18 of their previous 20 Premier League matches when the injured Zaha was absent, including all five this season.

“That was mentioned in the dressing room (after the game),” Palace boss Hodgson said. “But I must almost add – as I have done on a few occasions – it would be still very, very nice to get him back.

“People should remember that at the moment we are playing without five regular first-team players.

“We have two centre-backs (out) in (James) Tomkins and (Mamadou) Sakho, we’ve got midfield players in Jeff Schlupp and James McArthur, and we’ve got Wilf Zaha.

“I would defy any team – if you take players of that quality out of the team – to continue playing at the level they had played at to that point. But I still think the return for the number of games is good.”

Ivory Coast forward Zaha has a hamstring problem and was sidelined for a third successive match, having missed the recent defeats to Leeds and Burnley.

Jean-Philippe Mateta’s first Eagles goal – a sublime back-heeled finish on the turn – put the visitors ahead against the run of play in the first half before Joel Veltman equalised early in the second period.

Palace survived a barrage of attacks and, following Benteke’s emphatic finish in the fifth minute of added time, scored with each of their shots on target to claim bragging rights.

Defender Gary Cahill echoed his manager’s comments regarding Zaha but stressed it was crucial not to be reliant on one individual.

“We’ve proved that wrong,” Cahill told Sky Sports when asked about the record without Zaha.

“The stat obviously speaks for itself, such is his quality. His presence in the team is vital. Ever since I’ve been here that has been apparent.

“We obviously wish him a speedy recovery and hope to get him back very soon along with others.

“He’s a big player for us but we need to move on. We can’t just rely on one player all the time. To get the result is satisfying.” 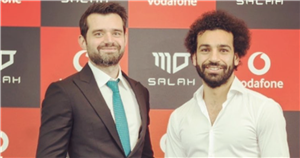